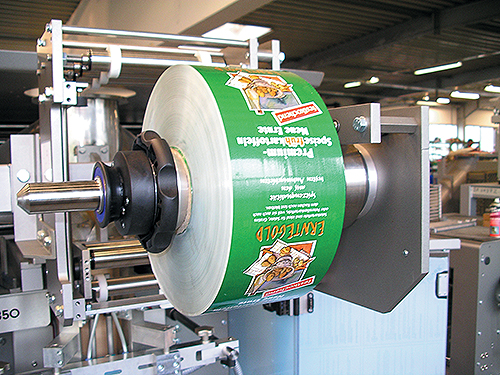 Previously, in order to keep this from happening, it was necessary to advance the clamping control wheel a few turns before sliding the Easylock onto the shaft. The new positive release feature eliminates this step. Positive release is activated when the clamping control wheel is turned all the way in a counterclockwise direction. When the wheel is backed off in this manner, it contacts a stop pin which automatically releases the locking mechanism so that the quick-release functions as it should.

Easylock shaft collars with positive release are designed to reduce downtime to help maintain consistent production rates. The quick-release feature makes Easylock collars well suited to high volume production where frequent changeovers of shaft-mounted tools, reels/spools and other objects are required. The positive release feature is standard on Easylock sizes 25, 30, 35 and 40, and will soon be included on the smaller sizes 10, 12, 15, 16, 20 and 22.

If Easylock is used to hold spools in level winding operations, Easylock pintle points are attached to the face of the unit. As holding force is increased, the points are forced into the spool bore creating a non-slip interface between the shaft and the spool. This permits rapid starts and stops without rotational play of the spool on the shaft. The pintle points also make Easylock useful in processes such as high-speed roll-fed lamination and stretch-wrapping. Easylock is also effective in static procedures such as holding down mounting plates and machine covers. Easylock collars are maintenance-free. 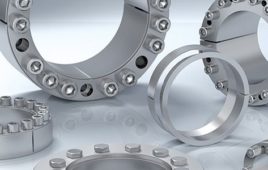 What are frictional locking assemblies? 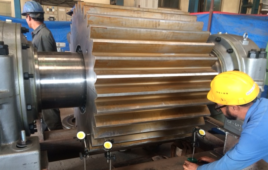 Ringfeder locking assembly in a ball mill for cement production 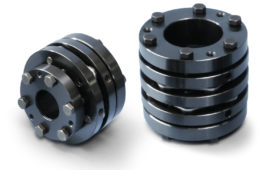 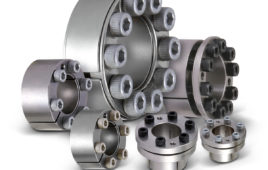