As the EU’s Artemis EMC2 project draws to a close, Sundance Multiprocessor Technology Ltd., an established supplier and manufacturer of embedded modules, has declared its participation a resounding success. Sundance’s role in the project has been to architect and develop the hardware platform on which the project’s applications could be demonstrated. This hardware demonstration platform, which also forms the basis of Sundance’s commercially available EMC2-compliant PC/104 product portfolio, has now been placed in the public domain.

EMC² – Embedded Multicore systems for Mixed Criticality applications in dynamic and changeable real-time environments – is a €94 million project involving around 800 man-years of effort with 101 partners from 16 European countries. The objective of EMC² has been to establish multicore technology in a diverse range of embedded systems domains by finding solutions for dynamic adaptability in open systems, handling mixed criticality applications under real-time conditions, with flexibility and scalability, and delivering full-scale deployment and management of integrated tool chains, through the entire product lifecycle. The EMC² project was structured into 12 Work Packages comprising six Technology Work Packages covering the technical developments and six Living Labs focusing on applications. Sundance’s principal involvement was in Work Package 4 (WP4) dealing with multicore hardware architectures and concepts.

Sundance has worked closely with CERN to place the design of the EMC2-DP hardware platform into the public domain using CERN’s Open Hardware Repository. Launched in 2009 and following the philosophy of the free software movement, CERN set up the Open Hardware Repository to enable electronics designers at experimental physics facilities and elsewhere to collaborate on open hardware designs.

As a consequence of its involvement in the Artemis EMC2 project, Sundance has added a range of commercially available EMC2-compliant products to its portfolio of PC/104 form factor single board computers and carrier cards. These include board variants that utilize the Xilinx Artix-7 and Kintex-7 FPGAs and Xilinx Zynq SoC for I/O interfacing and processing as well as a carrier board for Trenz FPGA and SoC modules. 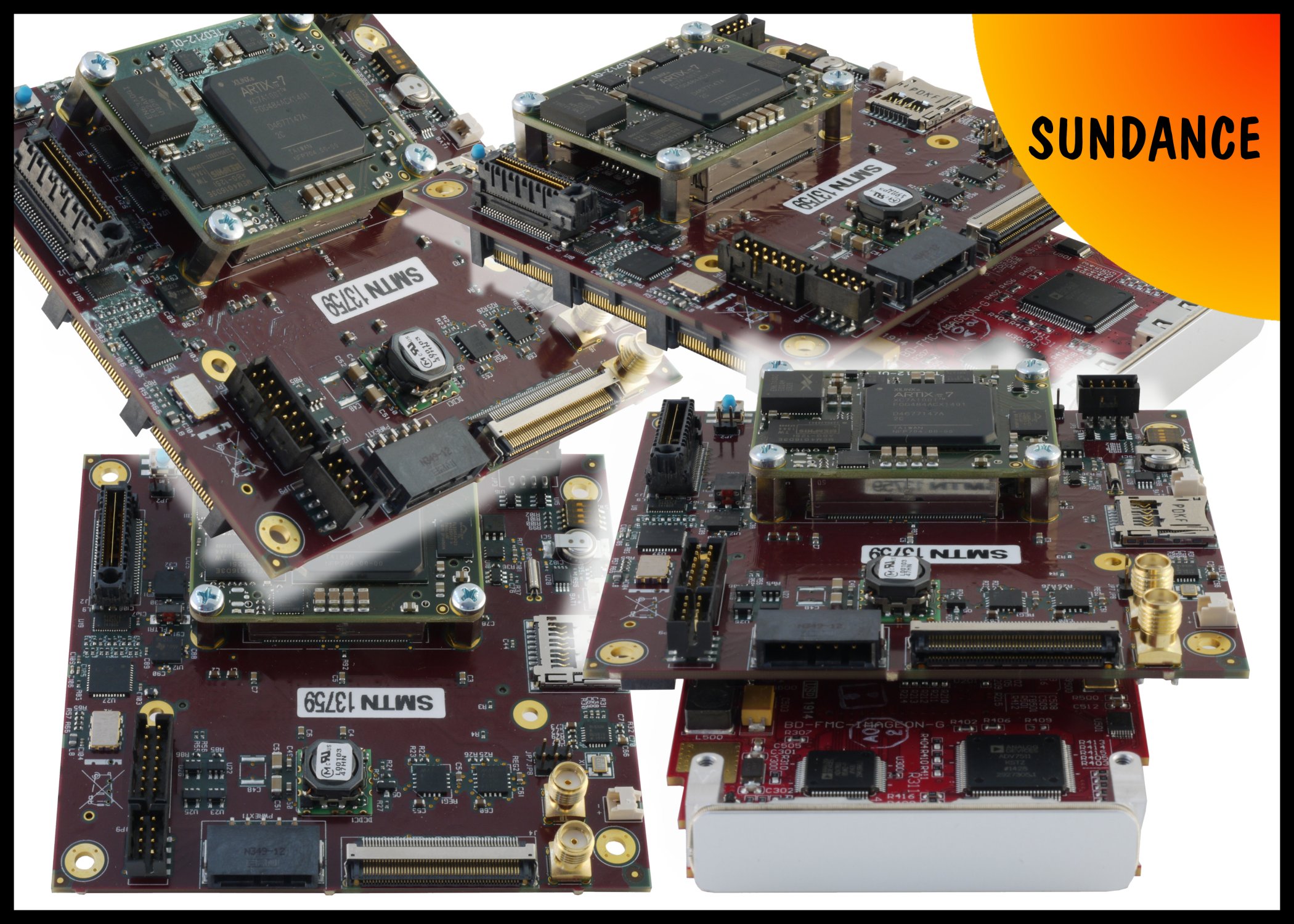