In industries from mining and manufacturing to construction, transportation, and agriculture, the need to weigh or measure inputs, outputs, and applied force has grown in recent decades to improve production safety and control costs. 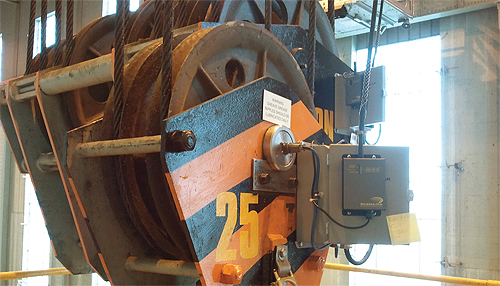 Complex systems, such as mine lift equipment, construction cranes, industrial tanks, grain silos, and locomotives, which may have lacked weight or force sensing capability in the past, are being upgraded to include load pins, load cells, and tension cells.

“Complex systems such as mine lift equipment, construction cranes, industrial tanks, grain silos, and locomotives – which may have lacked weight or force sensing capability in the past – are being upgraded to include load pins, load cells, and tension cells,” said Riley Phillips, mechanical designer at Massload, a Saskatoon, Canada-based manufacturer of quality weighing systems. “These sophisticated weight and force sensing devices can help to maximize production load efficiency while offering some of the enhanced safety features that are increasingly required by regulation, such as automatic shutdown if a load exceeds capacity.”

A load cell is a transducer that changes force into a measurable electrical output.

The basics
A load cell is a transducer that changes force into a measurable electrical output. There are many varieties of load cells, of which strain gauge-based varieties are the most common.

“Load pins and tension links are actually subcategories of load cells,” said Phillips. “Load pins can be substituted anywhere there is a structural pin and there’s a need to know the shear force on it. Tension links are a type of load cell that measures force in tension applications such as cables, chains, and pulleys. These are often used in lifting, pulling, and winching applications such as for cranes, line wire tension, and man safety cages in mines.” 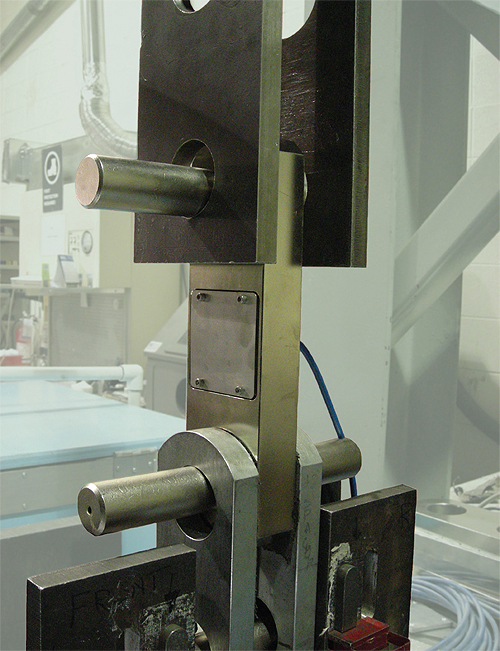 Tension links are often used in lifting, pulling, and winching applications such as for cranes, line wire tension, and man safety cages in mines.

Standard load cells and tension links are typically used if the system is standard, or an engineer can adapt the system to an off-the-shelf item. Such requirements occur in applications where there’s some flexibility in the early stages of design.

Most load cells, load pins, and tension links are custom when they must be adapted to fit existing systems. Additionally, consider the benefits of custom load cell systems for new designs where their use enhances the overall system integrity, safety or performance.

How to avoid pitfalls
Planning a weighing system or retrofitting an old one on existing equipment can present challenges to even veteran design engineers. Bringing in your weighing system vendor during the planning stage can allow you to improve safety and control costs while meeting any code requirements.

“There are a lot of issues,” said Nathan Heppner, mechanical engineering team lead at Massload. The important thing is to look at the design process upfront to maximize reliability and manufacturability while minimizing cost.

“For instance, fit is critical on load pins because they normally have to interface with tight tolerances,” added Phillips. “Depending on where the load is applied, if the supports, loading area, pin diameter, or other factors are off, the load pin may not work as expected.”

To avoid pitfalls, insist on a regulatory approved quality management system that traces the load cell manufacture at each critical step from start to finish. Request a design flow checklist from any weighing system vendor to ensure that nothing critical or even desirable is missed.

“CAD modeling is not always straightforward, and sometimes you have to think beyond software’s presentation,” added Phillips. “A stress concentration in the CAD modeling may look artificially high in one area, but may be masking a stress pattern in another area. You need accurate data on stress patterns throughout the component.”

Ask the weighing system vendor to validate the output of their load cell component against simulated real world conditions. This validation could be achieved through a digital photo of the test set up for enhanced accountability.

“The design specifications, loading, testing, and application must be aligned,” explained Heppner. It’s critical to get accurate CAD modeling and test data to predict how the product will perform but it must be backed up by actual testing. A mistake as simple as modeling with the wrong supporting restraints could artificially strengthen load pin CAD results. If testing doesn’t catch it, the component may not perform at its stated capacity.”

To ensure output stability, engineers also need to know how the load cell output may vary depending on material strain over time, according to Phillips. Conducting a creep test to determine how stable the output is over time can also be important.

Because the accuracy of any load cell is only as good as its calibration, it is vital that the reference cells in any testing system be traceable to a trusted standard such as that of the National Institute of Standards and Technology (NIST). To guarantee that your supplier complies with the Verified Conformity Assessment Program (VCAP), a program proposed by the National Conference on Weights and Measures, it is also a good idea to ask for a copy of the VCAP auditor’s report.

“When warranted, it’s advisable for a vendor to cross check their results against an independent, third-party engineering firm as an added layer of reliability and quality assurance,” added Phillips.

The right vendor partner will also pay attention to small details that will streamline manufacture of the weigh system component, such as bonding, grounding, sealing, and gauge selection to ensure lasting performance and resistance to water intrusion.

Phillips noted the importance of knowing the correct location where load cells, load pins, or tension links are supported “because if you over support a load cell it won’t have the output you’d expect.” Placement of internal electronic components such as bondable or trimmable resisters can also affect device performance, he said.

Details such as the types of bolts used should not be overlooked. “The customer may require a countersunk bolt arrangement to hold lids on, if during operation bolt heads could be sheared off because they’re close to walls or equipment.”

“Even details such as putting scribe lines on where to place components can ease manufacturing,” said Phillips. “When these sorts of details are overlooked, they can require the manufacturer to rebuild a load pin or load cell before it’s done right.”

“It’s important to include loading direction arrows because once a product like a load pin is sealed and symmetrical, the customer won’t know which way to place it in their equipment otherwise,” explained Phillips. To enhance field performance, it’s also necessary to specify the right type of connector, whether hard wired, wireless, or quick disconnect.”

As design engineers respond to the growing need to weigh or measure inputs, outputs, and applied force to improve production safety and control costs, working and consulting with the right vendor partner can be a critical choice in designing weigh systems with the optimum load cells, load pins, or tension links.