The average monthly emergency department visit increased by 5.7 percent in Illinois after the implementation of the Affordable Care Act (ACA), although the population remained essentially flat. In Massachusetts, while visits to emergency departments climbed steadily between 2005 and 2014, availability of on-call specialists (surgeons, psychiatrists, and other specialists) declined “significantly.” The results of two state-specific studies were published online in Annals of Emergency Medicine (“Increased Emergency Department Use in Illinois After Implementation of the Affordable Care Act” and “Decline in Consultant Availability in Massachusetts Emergency Departments: 2005 to 2014”).

“Emergency departments continue to be squeezed by pressures inside and outside the hospital,” says Scott Dresden, MD, MS, of Northwestern University Feinberg School of Medicine in Chicago, Ill., the lead author of the Illinois paper. “A large post-ACA increase in Medicaid visits and a modest increase in privately insured visits outpaced a large reduction in emergency department visits by uninsured patients. We still don’t know if these results represent longer-term changes in health services use or a temporary spike in emergency department use due to pent up demand.” 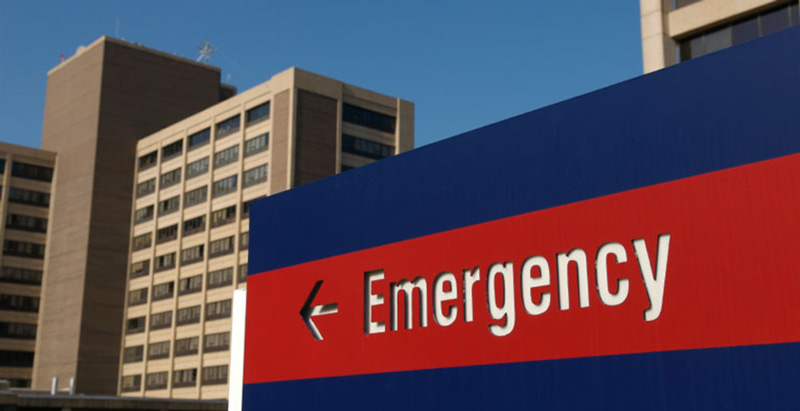 Annual emergency department visit volume in Illinois increased from 2.9 million in 2011 to 3.2 million in 2015, an 8.1 percent increase over the period. Comparing the pre-ACA period (2011 to 2013) to the post-ACA period (2014 to 2015), the average monthly emergency department visit volume increased by 5.7 percent. Hospitalizations were essentially unchanged, as was the size of Illinois’ population.

In Massachusetts, from 2005 to 2015 emergency departments reported that visits increased on average from 32,025 to 42,000. During the same period, there was a significant drop in availability of specialists in surgery, neurology, obstetrics-gynecology, orthopedics, pediatrics, plastic surgery, and psychiatry. Availability of general surgeons declined from 98 percent to 83 percent while 24/7 psychiatry availability declined from 56 percent to 33 percent. Availability of orthopedic surgeons, pediatricians, and plastic surgeons also declined significantly.

“During the studied period, the burden of increasing patient volume was clear,” says Jason Sanders, MD, PhD, of the Department of Emergency Medicine at Massachusetts General Hospital in Boston. “The proportion of emergency departments reporting any patients primarily cared for in the hallway climbed from 70 percent to 89 percent. That is obviously far from ideal and is indicative of an increasingly taxed emergency medical care system.”