Set to launch later this year, the BepiColombo mission is a joint effort between the European Space Agency (ESA) and Japan Aerospace Exploration Agency (JAXA). It will be Europe’s first mission to Mercury, and is set to arrive at its target destination in late 2025. The craft is expected to endure temperatures reaching 662°F (350°C) as it gathers data within its 1-year nominal mission, with a potential 1-year extension.

Three modules were just unpacked at the Guiana Space Center in Kourou, French Guiana, as seen in the image below. The center structure is the Japanese Mercury Magnetospheric Orbiter (MMO), an eight-sided module that will be one of two spacecraft orbiting Mercury.

Tilted upward on top of the design sits a high-gain antenna. During the mission, it will communicate with Earth-based ground stations.

“The MMO is equipped with a 0.8-meter high-gain antenna, which will communicate with the JAXA/ISAS Sagamihara Space Operations Center via the Usuda Deep Space Center (UDSC) 64-meter antenna in Nagano, Japan. A medium-gain antenna is available for backup communications,” according to ESA.

ESA’s scientific contribution to the mission will be the Mercury Planetary Orbiter (MPO), which is located to the right in the image, seen here without its protective insulation blankets. Highlighting one of its many components, a three-panel solar array will provide power generation.

“The solar array will provide up to 1,000 W of electrical power during full science operations phases. During both the natural and artificial eclipses the battery in the MPO will provide electrical energy to the spacecraft in order to allow the scientific operations to continue without interruption,” according to ESA.

The two orbiters will be carried by ESA’s Mercury Transfer Module (MTM), which can be seen on the left-hand side in the picture.

You can get a good look at the space-bound electronic components in the image below. 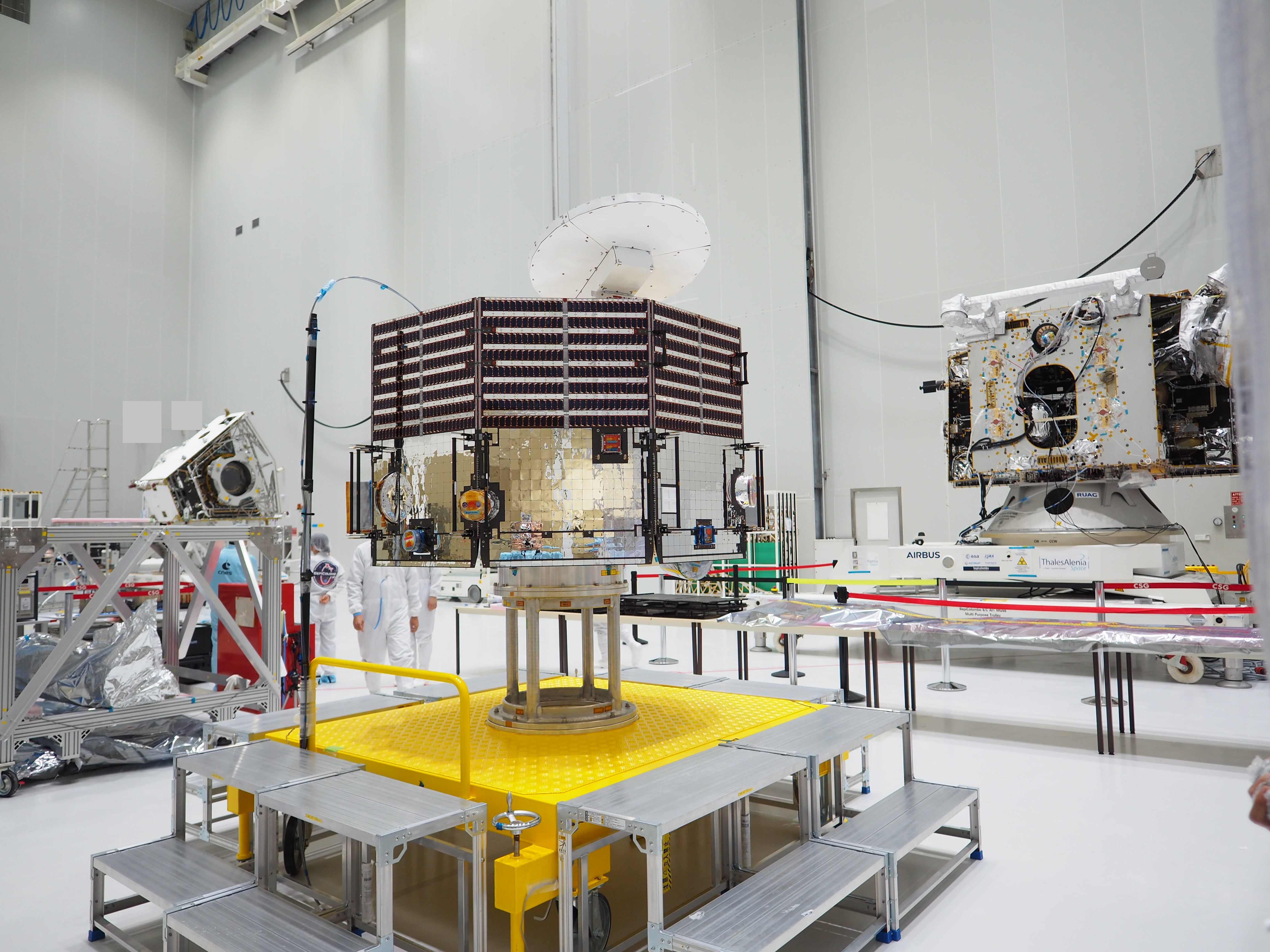