The original developer’s kit was designed to make building prototypes easier for people unfamiliar with VCA technology. The complete “solution-in-a-box” bypasses the learning curve by providing all necessary components to get an actuation system up and running. Instead of having to figure out which controller and software to specify to put together a working system, the VCA novice can simply purchase the kit with the desired size and performance and have everything needed to easily build a prototype. 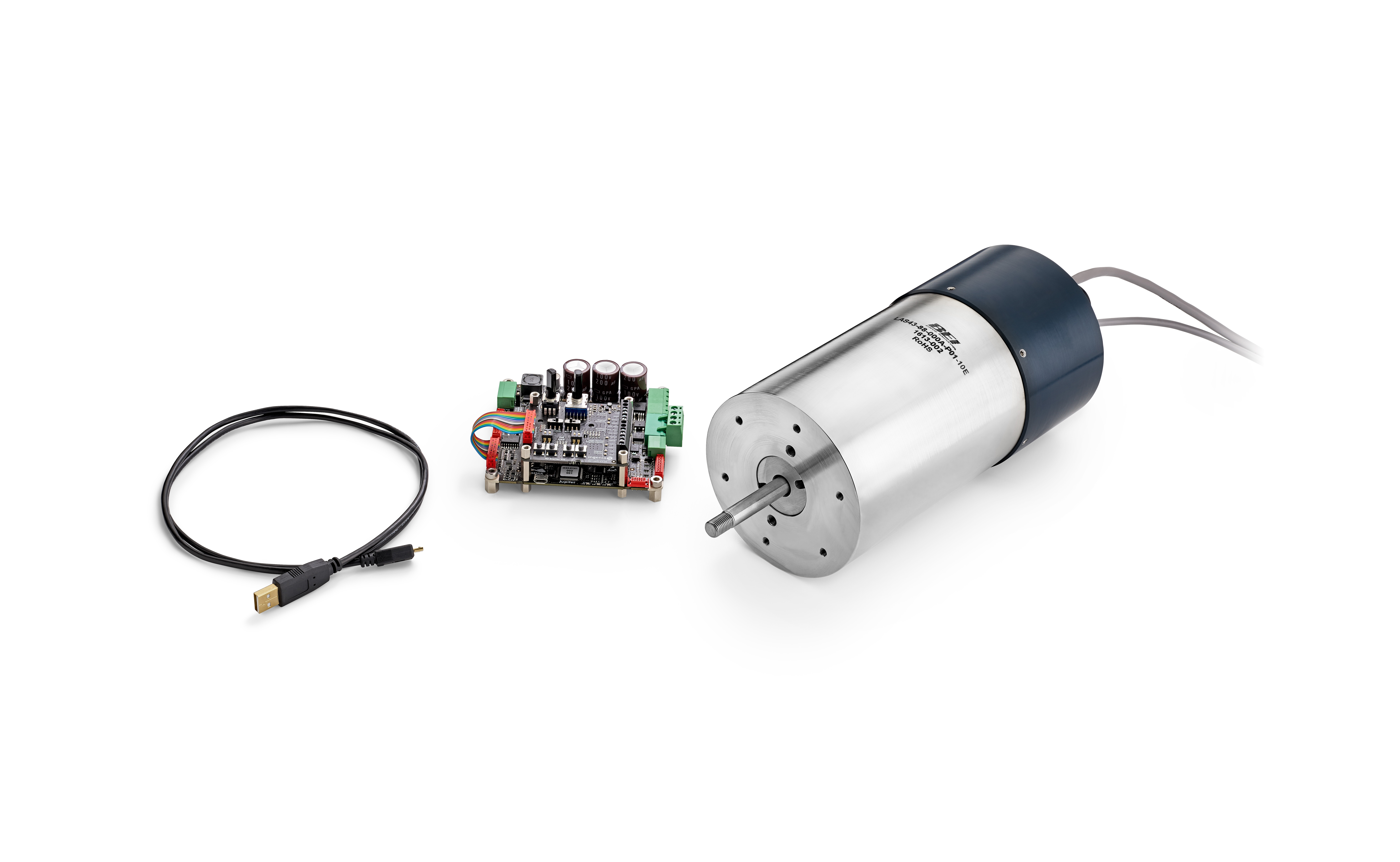