Gearing up for its first flight test, NASA’s Adaptable Deployable Entry Placement Technology, or ADEPT, is no ordinary umbrella. ADEPT is a foldable device that opens to make a round, rigid heat shield, called an aeroshell. This game-changing technology could squeeze a heat shield into a rocket with a diameter larger than the rocket itself. The design may someday deliver much larger payloads to planetary surfaces than is currently possible.

Aeroshells slow spacecraft during entry and shield them from heat. ADEPT could be key to future NASA missions that require extra-large aeroshells to protect spacecraft destined to land on the surface of other planets, all without requiring larger rockets.

ADEPT’s first flight test is scheduled for Sept. 12 from Spaceport America in New Mexico aboard an UP Aerospace suborbital SpaceLoft rocket. ADEPT will launch in a stowed configuration, resembling a folded umbrella, and then separate from the rocket in space and unfold 60 miles above Earth. 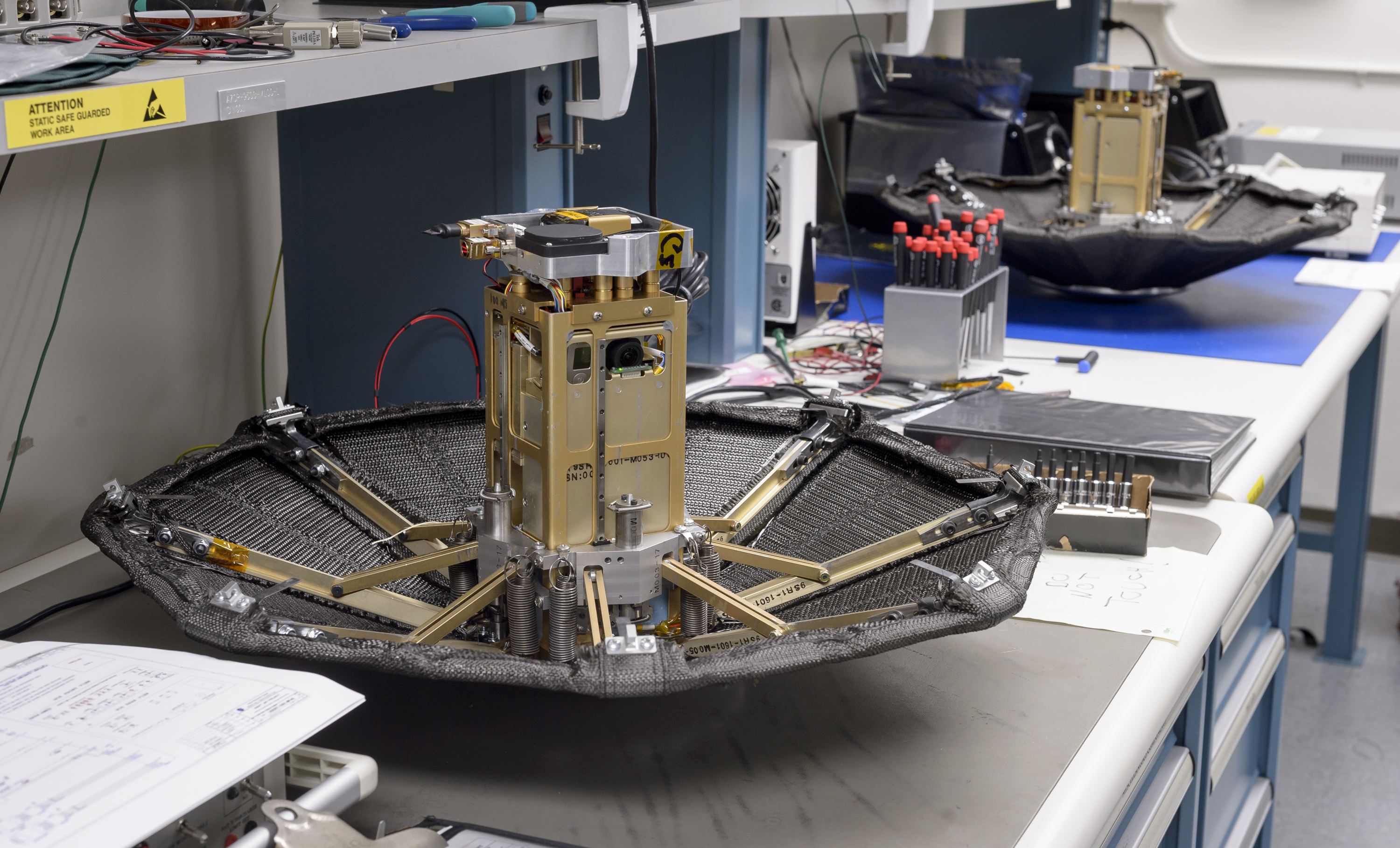 The test will last about 15 minutes from launch to Earth return. The peak speed during the test is expected to be three times the speed of sound, about 2,300 miles per hour. That is not fast enough to generate significant heat during descent, but the purpose of the test is to observe the initial sequence of ADEPT’s deployment and assess aerodynamic stability while the heat shield enters Earth’s atmosphere and falls to the recovery site.

“For a deployable like ADEPT, you can do ground-based testing, but ultimately, a flight test demonstrates end-to-end functionality – surviving launch environments, deploying in zero gravity and the vacuum of space, holding that rigid shape and then entering, in our case, Earth’s atmosphere,” said Paul Wercinski, ADEPT project manager at NASA’s Ames Research Center in California’s Silicon Valley.

“Carbon fabric has been the major recent breakthrough enabling this technology, as it utilizes pure carbon yarns that are woven three-dimensionally to give you a very durable surface,” said Wercinski. “Carbon is a wonderful material for high temperature applications.”

The next steps for ADEPT are to develop and conduct a test for an Earth entry at higher “orbital” speeds, roughly 17,000 miles per hour, to support maturing the technology with an eye towards Venus, Mars or Titan, and also returning lunar samples back to Earth.

The ADEPT aeroshell heat shield technology was developed at Ames. The center leads the agency in the development and innovation of thermal protection system technologies.

ADEPT was funded by the Space Technology Mission Directorate’s (STMD) Game Changing Development program. The flight test was funded by STMD’s Flight Opportunities program, managed at NASA’s Armstrong Flight Research Center in Edwards, California. Through both programs, NASA supports promising technologies from government, industry and academia for development and/or testing. UP Aerospace, based in Highlands Ranch, Colorado, is the flight provider.