ESA astronaut Luca Parmitano last weekend helped to explore the caverns under Sicily using a drone that deliberately bumped into its surroundings in order to build a map.

ESA has been testing equipment, techniques and working methods for missions with astronauts in inner space for many years. Delving inside Earth and exploring caves often parallels the exploration of outer space, from a lack of sunlight to working in cramped spaces and relying on equipment for safety.

Whereas such activities are arranged specifically for training astronauts, course designer Loredana Bessone says, “We now want astronauts to take part in existing scientific caving and geological expeditions – scientific exploration does not get more real than this.”

The team arrived on 19 May and spent two days exploring the area, which includes a 100 m-deep abyss. As this cave reaches 37°C, the explorers also tried out cooling vests – another similarity to astronauts in spacesuits.

Luca took geological samples and tried a new way of probing hard-to-reach spaces: a Flyability drone deliberately bumped into walls to learn how to navigate and to map tight areas that are too dangerous for humans.

ESA’s course coordinator, Francesco Sauro, an experienced caver and field geologist, remarks: “The drone used its thermal camera to map how the cave continued all the way to an unexplored area featuring water, impossible to reach for humans.

“These tests will help us understand which technologies can be used in future exploration of lava tubes on Mars, for example.”

ESA’s strategy sees humans and robots working together to explore and build settlements on planetary bodies, as well as improving our understanding of our origins, and the origins of life in our Solar System.

The short expedition ends today with a conference on the use of novel technologies in underground exploration and scientific research of extreme environments at the University of Palermo in Sicily.

A talk by Luca at ESA’s astronaut centre on preparing astronauts for space exploration can be viewed below: 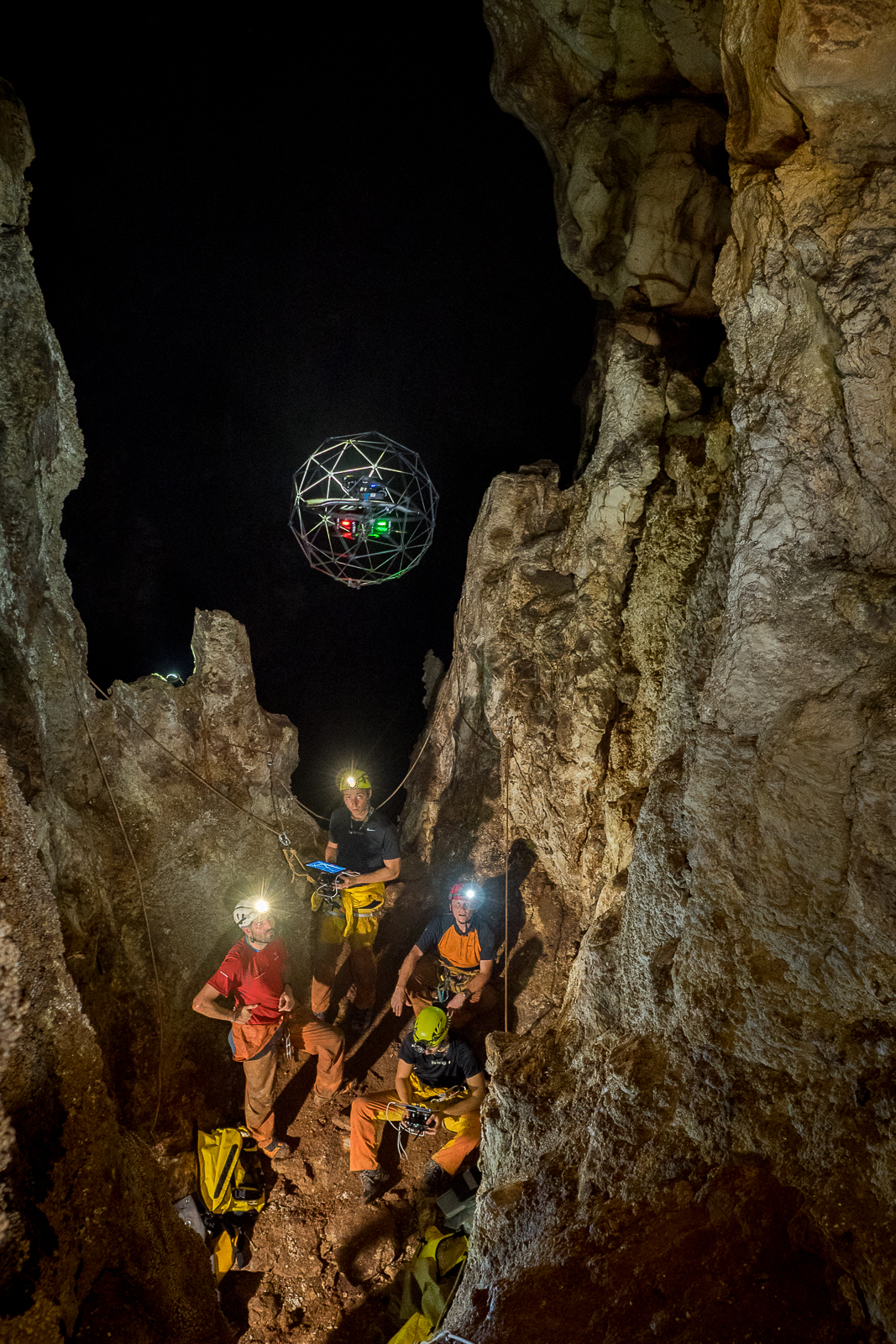