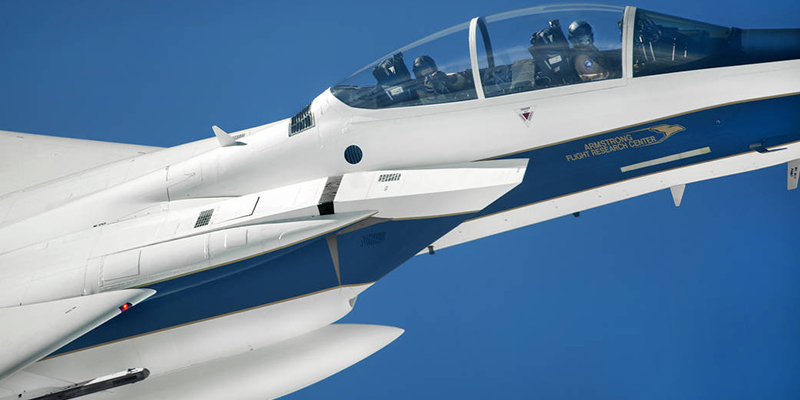 The OLYMPEX team of NASA and university scientists are taking to the field from Nov. 10 to Dec. 21, studying wet winter weather near Seattle, Washington to verify rain and snowfall observations made by the Global Precipitation Measurement (GPM) satellite mission.

Chase pilots are in constant radio contact with research pilots and serve as an “extra set of eyes” to help maintain total flight safety during specific tests and maneuvers.

They monitor certain events for the research pilot and are an important safety feature on all research missions. Chase aircraft also are used as camera platforms for research missions that must be photographed or videotaped.

The F-15D is also used by Armstrong research pilots for routine flight training required by all NASA pilots.