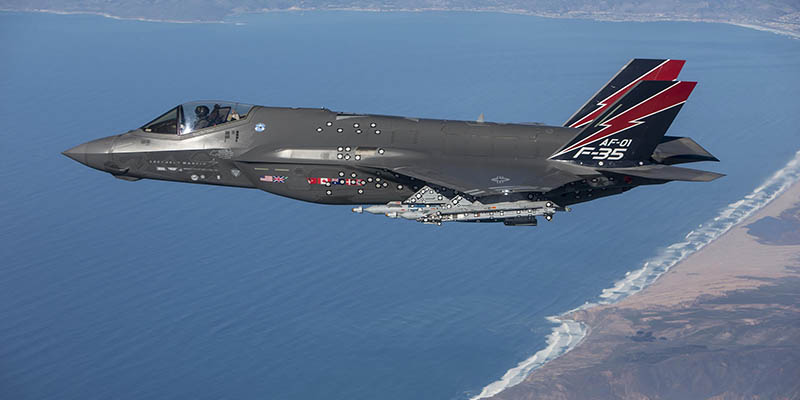 An F-35 fighter jet from the 461st Flight Test Squadron launched an AIM-9X missile for the first time over the Pacific Sea Test Range Jan. 12.

The AIM-9X is an advanced infrared missile and the newest of the Sidewinder family of short-range air-to-air missiles carried on a wide range of fighter jets.

The shot paves the way for the F-35 to utilize the weapon’s high off-boresight and targeting capabilities, increasing lethality in the visual arena.