Using Xerox’s solid ink technology, the ColorQube series of high-speed multifunction printers lowers the environmental impact and cost of color printing. The cartridge-free ink sticks generate 90% less waste in supplies and enable pricing plans that cut the cost of color pages by up to 62% compared to traditional color lasers, without compromising print quality. Altair developed a system-level FEA model of the proposed ColorQube Printer and analyzed the printer’s 100-plus interconnected parts.

Xerox physically tested the printer’s individual subsystems and systems, providing Altair with the data necessary to ensure high fidelity between the analytical model and the physical prototype. This information allowed the Xerox development team to confidently use an analytical model to drive the design development.  Altair developed a system-level finite-element model consisting of more than 500,000 elements and performed detailed analyses on the printer’s 100-plus interconnected parts.

While the device was under development, Xerox called on Altair ProductDesign, based in Troy, Mich., to conduct virtual simulations of the printer’s operations. The goal was to determine how the normal jostling, door-slamming and other disturbances that office printers experience during use would affect print quality.

Altair ProductDesign consultants leveraged computer-aided engineering (CAE) methodologies and Altair’s engineering software platform, HyperWorks, to ensure pixel-level vibration control of the ColorQube product line. The analyses were among the most complex computer simulations that Xerox has used to date in the development of its products.

“Altair helped us better understand our structural architecture,” said Xerox Senior Systems Analyst John Wright. “Inside the device, the motions of the print heads, drum and paper transport are subject to vibrations. Altair was tasked to determine the impact of vibrations and other disturbances during the crucial process of jetting ink onto the drum.” 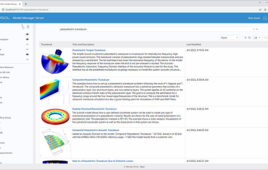 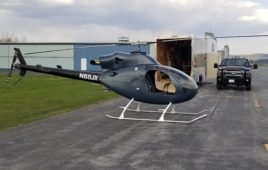