A design improvement for firefighting robots strives to help their navigation skills in burning structures, thus decreasing the dangers for human firefighters.

Developed by Purdue University researchers, the robots are now equipped with a new automatic T-valve system, which can remove water from a fire hose when the robot arrives at a new location. As one can imagine, pulling an empty fire hose is far more energy efficient than dragging along a water-filled fire hose.

This design may grant robots with quicker and more capable mobility, while reducing weight and power consumption.

“This discharge valve invention could be the next transformation of the fire service that saves lives,” says Eric Dietz, director of the Purdue Homeland Security Institute and a professor of computer and information technology at the Purdue Polytechnic Institute. “This invention further enables the firefighting robot by adding to the robot’s mobility and saving lives within the fire service and, most importantly, with the public. With this improvement, the firefighting robots are better able to save lives and protect property.” 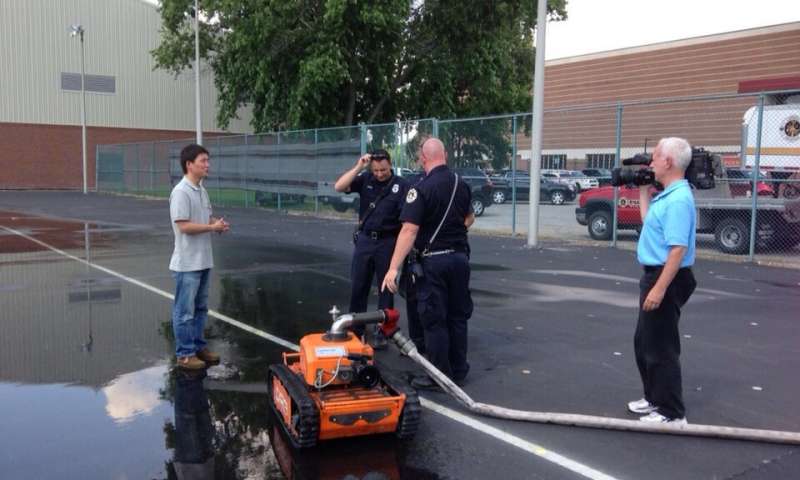 Increasing mission times with improved battery capacity, robots equipped with the T-Valve system can be used in places too harmful for firefighters. According to Purdue University, the system was “already successfully tested in the field.”

“During my time in this position, we had a number of firefighter deaths in structure fires where the structures were not occupied,” says Dietz, who previously served as the founding executive director of Indiana’s Department of Homeland Security. “We also struggled to maintain youth volunteer firefighter numbers sufficient to protect the public. This enhancement to the firefighting robot concept can solve those issues while saving lives.”

A patent for this technology has been filed by the Purdue Office of Technology Commercialization, with future goals to bring this system to market with new connections and further research.

NVIDIA to discuss edge to cloud computing at Robotics Summit