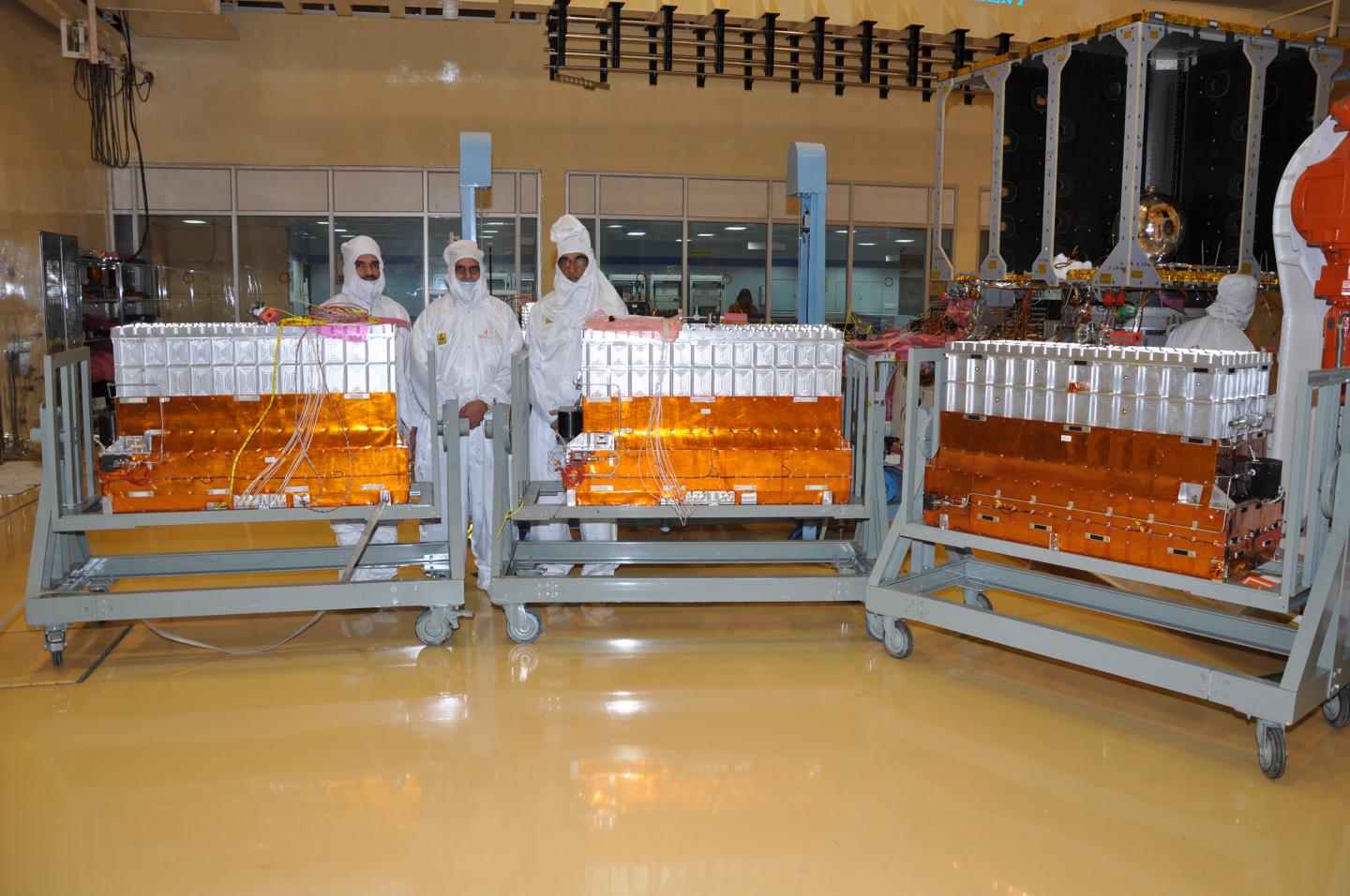 ASTROSAT is India’s first dedicated science space mission which was launched on 28 September 2015. The Large Area X-ray Propositional Counter (LAXPC), designed and developed at TIFR, Mumbai, is one of the major payloads on ASTROSAT. The LAXPC instrument became fully operational on 19 October 2015 for the first time in space. A cluster of three co-aligned identical detectors provides a large area of collection of about 8000 cm2. LAXPC will provide the largest effective area among all the satellite missions flown so far, worldwide, and will remain so for the next 10 years, for X-ray studies in the 3-80 keV energy range. The large detection volume (15 cm depth) filled with xenon gas at ~ 2 atmospheres pressure, results in detection efficiency greater than 50%, above 30 keV.

The first light from LAXPC has allowed us to observe Black hole X-ray binaries, Microquasars, X-ray pulsars, Active Galactic nuclei (AGN)s and Supernova remnants, providing us with very high quality data. The LAXPC instrument is functioning perfectly and has achieved all detector parameters/goals as proposed initially. The LAXPC instrument is more efficient than NASA’s highly successful RXTE/PCA X-ray mission, above 20 keV, and it shows better spectral and timing characteristics.

The LAXPC detectors have the largest collecting area among any X-ray instrument ever built in the world, and have been designed and developed at TIFR, Mumbai. It is a large payload with a total of eight flight packages (414 kg out of 730 kg of all five science payloads). Designing and fabricating this payload was highly challenging and took a decade to come to fruition. Prof. P. C. Agrawal initiated the design and development of the LAXPC payload in 2002. Prof. R. K. Manchanda took over in 2011. When he retired in November, 2012, Prof. J. S. Yadav took over the development of the LAXPC payload. Also, Prof. H. M. Antia played a leading role in developing the GEANT4 simulation for the LAXPC detectors in record time.

The LAXPC instrument is best suited to explore extreme conditions such as strong gravity regions, extremely powerful accelerators in the universe and regions of the highest densities & magnetic fields. The primary objectives are to study binary star systems containing neutron stars and black holes, accretion flow, accretion disk- radio jet connection, estimation of the magnetic fields of neutron stars, and to study Active Galactic Nuclei (AGNs) and blazer systems beyond our galaxy.

ASTROSAT is a big step for the Indian astronomy community and the LAXPC instrument is expected to play a leading role in many exciting new discoveries. ASTROSAT is now undergoing a 6 month phase of calibration and performance verification. ASTROSAT will be open to national and international astronomers after a year, when the 6 month guaranteed time phase (for instrument teams) is completed.