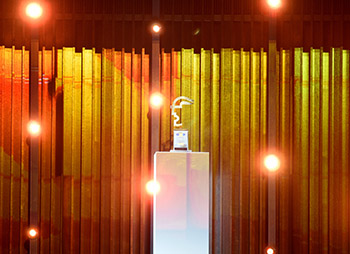 Five nominees for the Hermes Award 2018 have now been selected by an independent jury headed by Dr. Wolfgang Wahlster, Managing Director of the German Research Center for Artificial Intelligence (DFKI).

2018 marks the 15th season in which Deutsche Messe is awarding this prize in the context of Hannover Messe. The coveted Hermes Award now ranks among the world’s most prestigious prizes for industrial technology. Each year’s award recognizes a product characterized by outstanding innovation, and which is on show at Hannover Messe for the first time. “While the winner won’t be announced until the show’s opening ceremony, the companies who make it into the Top 5 can already be considered as being among the world’s most innovative,” said Dr. Jochen Köckler, Chairman of Deutsche Messe’s Managing Board.

All five nominees will be honored in front of a large audience of VIPs at the official Hannover Messe Opening Ceremony on 22 April. Dr. Wahlster will then announce the winner, after which Germany’s Minister for Education and Research, Anja Karliczek, will give a congratulatory address and present the award.

Dr. Wahlster made the following overall observation on this year’s submissions: “The nominated entries reflect the trend towards self-learning and autonomous systems that leverage the full power of artificial intelligence and smart sensor technology. It’s solutions like that that are driving the second wave of digitization. At the same time, all five entries have remained faithful to a human-centric approach to development by employing cognitive or physical support systems, such as AR glasses and exoskeletons.”

The companies nominated for the 2018 Hermes Award are as follows (in alphabetical order):

Alpha Laser, Puchheim, Germany: Alpha Laser’s entry is a new type of mobile laser welding system for flexible repair operations. What makes it special is the fact that it comes with safety goggles featuring integrated 3D AR visualization functionality. Thanks to this functionality, the operator can focus on the welding task at hand while remaining fully aware of his/her surroundings. The welding task appears in magnified form in the field of vision, and process-relevant data such as the crosshair is also displayed in the image. The laser is triggered by an ergonomically designed handset which allows it to be deployed flexibly and safely.

Endress+Hauser Messtechnik GmbH + Co. KG, Weil am Rhein, Germany: The iTHERM TrustSens TM371 is a hygienic, compact, in-line thermometer with a self-calibrating sensor. It is used for safety and quality-related process temperature measurements, such as are used in the food and life sciences industries. The unit’s sensor self-calibrates against the material-specific Curie temperature of an integrated reference sensor. Thanks to the precision and long-term reliability of the Curie temperature-based reference system, the iTHERM TrustSens TM371 is audit-proof and eliminates the need for regular recalibration.

GBS German Bionic Systems GmbH, Augsburg, Germany: The German Bionic CRAY X is a wearable human-robotic exoskeleton, which helps users with the manual handling of goods and tools. By pairing human intelligence with machine power, the unit’s smart mechatronic system effectively supports and amplifies the wearer’s movements. Users can match the level of support they receive with the individual task at hand by way of a smartwatch interface. The underlying software is cloud-based and open source. The German Bionic CRAY X makes light work of heavy lifting and enables the reintegration of people with impaired or declining physical abilities into the workforce.

TH Ingolstadt / Continental AG , Ingolstadt/Hannover, Germany: SAFE is an integrated safety system for autonomous driving applications. Using cameras, radar and LIDAR sensors, SAFE can reliably predict the likely severity of an impending accident as well as trigger the vehicle’s protective systems prior to and at the moment of the collision. SAFE’s integrated Safety Domain Control Unit determines which protective measures are activated. Predictive vehicle safety systems are a critical part of autonomous driving systems because they help increase acceptance of driverless mobility solutions. 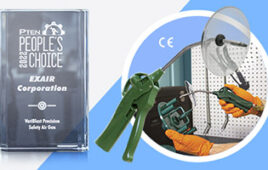 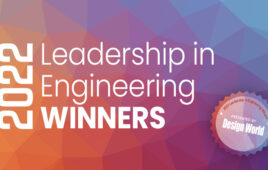 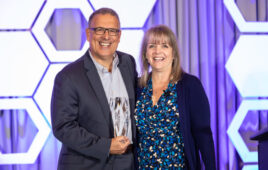 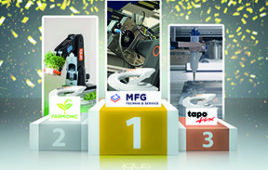