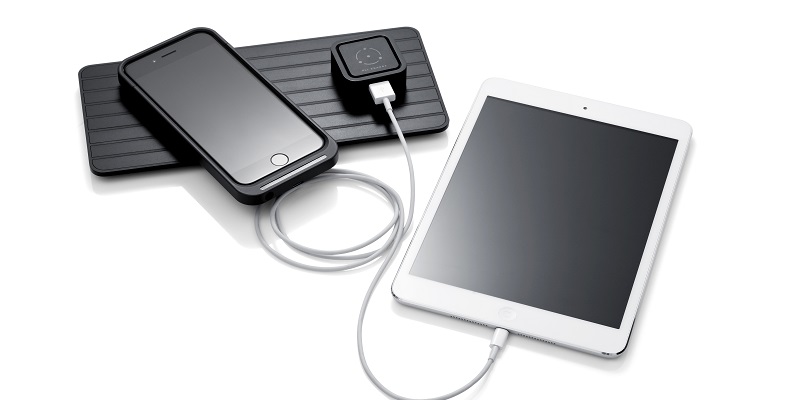 Fli Charge came to IPS looking for a partner that could assist in designing and developing a product line that would stand out in the eyes of consumers and the company’s partners. Specifically, the company sought a fresh makeover of its flagship product line which includes a power pad as well as smartphone cases and universal USB adapters. The deadline for the creation was tight—Fli Charge wanted the products to be available within seven weeks so that they could be displayed at Consumer Electronics Show 2016.

IPS got to work quickly, selecting an in-house team to work in tandem with Fli Charge’s engineers. The combined team worked diligently to develop the new product line through multiple processes. One such process was mitigating the difficulty of manufacturing each of the products, while at the same time “maintaining resolution for high fidelity appearance models,” IPS’ design team explained in a statement to Product Design & Development. Other efforts included the formation of two teams: one devoted to creating prototypes and models, and another to the engineering intricacies that needed to be solved before the products would be manufactured.

IPS and Fli Charge worked together to create use cases for the technology. These use cases were later demonstrated through various mediums. The design team also conveyed the product concepts through illustrations, graphics, and other materials.

“The constant thread through each of these efforts was to ensure every design decision drove the benefits of Fli Charge’s wire-free power to the end user,” the design team said. “Clean design, ease of assembly, and design for manufacturing, consistent branding, and intrinsic product quality all align to communicate this message.”

“We came in with an ambitious list of deliverables and timeline, with the hope of showcasing these new products, just seven weeks later, at CES 2016,” said said Cliff Weinstein, president of Fli Charge. “The team at IPS worked collaboratively and efficiently with our team to make this happen.  The refreshed product line garnered significant attention at the show which resulted in strong demand for our products and a robust business development pipeline.”

The newly designed Fli Charge products are described as follows:

Fli Charge’s power pads are capable of providing up to 150 watts of power while charging multiple products at once. An LED light is embedded into the pad, which turns blue when the pad is working.

IPS designed two universal adapters for Fli Charge. The first is capable of powering a variety of mobile devices such as tablets, smart watches, GoPros, and fitness trackers. It leverages Fli Charge’s technology that provides power to devices via a USB cable. Concerns of improper powering are mitigated as the device uses an “Auto-Detect” feature which determines the exact amount of electrical current a device needs.

The second adapter was built as a low-cost alternative that can be affixed to electronic devices or utilized in hospitality settings.

Fli Charge enabled smartphone cases were designed for the most popular Apple and Samsung models. These cases have a two-piece design and an impressively slim profile, permitting easy access to the smartphones’ headphone jacks.

IPS has finalized the designs and is testing each part using 3D CAD and physical models. The company said it does this “to ensure that the handoff to manufacturing is smooth.”

The new product line is slated to debut this summer.