Stark Drive has launched a folding e-bike known as the Mini that can go up to 15 mph for nine miles or can go 25 miles per charge in pedal assist mode, according to New Atlas. The goal of this bike is to save people taxi or shuttle fees when they travel, since the Mini can fold right up and travel along on an airplane.

The e-bike doesn’t need a lot of power, and has a “flight ready” battery pack that allows travelers to take their two-wheeler with them on a plane. If an electric bike isn’t necessary for when you get off the plane, you can always remove the battery since the Mini also works as a traditional bicycle. 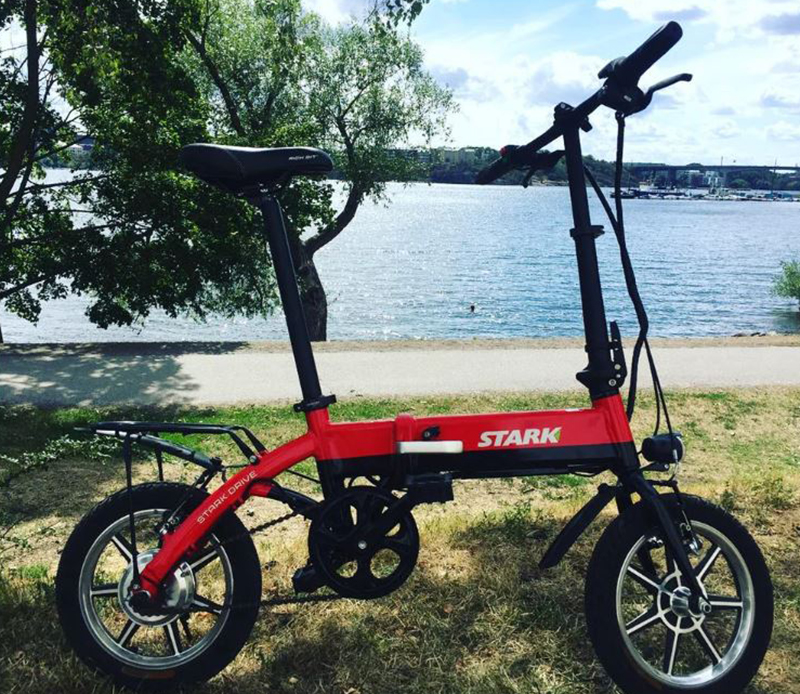 Even if you don’t fly that often, the Mini is portable for commuting to work. The folding frame collapses down to 23.6 x 23.6 in during transit and opens out to 50 x 40 in when it’s traveling.In total, the Mini weighs in at 28.6 lb and has 14-inch wheels that can contain either a low maintenance belt drive or traditional chain setup. It has been reported the Mini can accommodate a rider who is up to 6.36 ft tall and weighs 264 lb.

Currently, there are four models that are offered. The base City package includes a 250 W rear wheel hub motor, USB charging station, an integrated headlight, a 90 dB horn and an LCD display that shows the speed, charge and distance traveled. Charging the removable battery unit when it’s empty takes about three to four hours.

Additional features are available such as a motor bump to 350 W, an integrated rear bike light and GPS tracking.

Currently available on Kickstarter, Stark Drive plans to start shipping in December, 2018 with the City model costing $299(USD) and the “flight ready” Air version starting at $599. 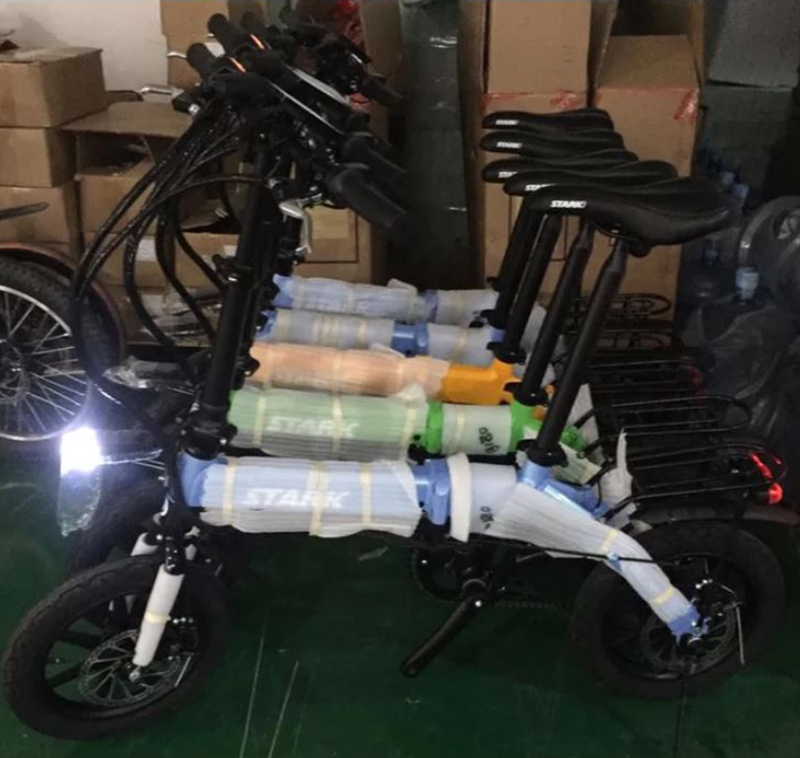