Republican leaders recently have indicated they may repeal the law now and delay replacement for a few years.

The American public appears divided on the law, which has resulted in coverage of more than 20 million people. A Pew Research Center poll conducted early this month found that Americans are evenly divided on whether to repeal or expand the law (39 percent each). Another 15 percent want lawmakers move forward with the law as it is. The percentage of Republicans who favor immediate repeal actually declined to 76 percent from 85 percent in October.

Certain parts of the law remain popular. A Kaiser Family Foundation poll conducted a week after the election found that 80 percent of Americans said they liked the provision of the law that provides financial help people purchase coverage. And 69 percent favor the provision that prohibits insurers from denying coverage based on a person’s medical history. (Kaiser Health News is an editorially independent service of the foundation.)

Not a single major organization representing patients, doctors, hospitals, or insurance companies, meanwhile, supports repealing the law, according to the Los Angeles Times.

So what would a Republican replacement plan actually look like? And would it maintain some of the more popular pieces of the ACA?

To find out, we spoke with leading conservative health care expert Lanhee Chen co-author of the influential American Enterprise Institute replacement proposal. Chen previously served as the policy director for Gov. Mitt Romney during his presidential campaign and is currently a fellow at the Hoover Institution at Stanford University. 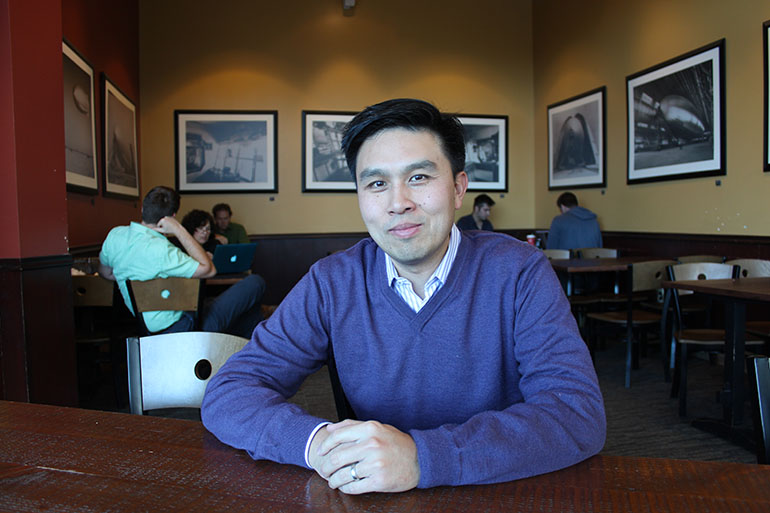 The election has elevated the importance of conservative health policy ideas. What’s it like to move front and center?

There are a lot of people out there probably who assume that Republicans have no ideas on health care, because this has been the Democratic talking point for a long time. I think actually just the opposite is true. It’s not that we don’t have enough ideas as conservatives, it’s that we actually have too many. A lot of thinking and research has gone on the last several years around how you create a healthcare system that is more consumer friendly, that pays attention to costs first, that recognizes the importance of healthcare in people’s lives but doesn’t believe that the federal government is necessarily well-suited to make all of those important decisions

I’m encouraged by the notion that a lot of what we’ve thought about over these last many years now becomes very relevant in a policy sense. And hopefully some of these ideas will go from beyond mere concept into actual execution.

What do you think of Tom Price, President Trump’s selection to be health secretary?

Tom Price is a health policy leader who has long understood the problems with the Affordable Care Act. But, more than that, he had the foresight to put forth a specific, market-based plan to replace the law. I am very pleased with his appointment and believe it demonstrates Trump’s desire to repeal the ACA and, more importantly, to replace it with reforms that will lower the cost of health care and reduce the role of the federal government in our health care system.

If you were in charge of designing Trumpcare, what would it look like?

I envision a system with far more open architecture, where folks can buy plans that suit their needs even if those plans don’t cover benefits that are specified under current law, where people can take their tax dollars that they may get through a tax credit to purchase health insurance through private marketplaces, through government marketplaces, or through whatever mechanism they want.

States need to have more of a hand in the discussion over what their Medicaid programs look like. Giving states that authority and flexibility will ultimately be healthy for the Medicaid program but also for beneficiaries.

I also think there’s a much greater role for consumer-directed health arrangements like health savings accounts, coupled with high deductible plans. But [there needs to be] thinking about how we can empower more private sector activity to provide more information, more quality and price transparency, so people can make educated decisions about their health care services that they’re getting.

I’m also sensitive to the idea that one of the things the Affordable Care Act did was to expand coverage to many Americans who did not have it before, and I certainly believe that whatever alternative Republicans end up forging needs to be sensitive to the reality of where we are post-ACA. I certainly would not advocate for those coverage gains coming in the same way as how the ACA created them, but in my mind I think there is a substantial room for a set of conservative health policy principles that also recognizes the value of expanded coverage.

Where do you see those coverage gains coming from?

I’ve endorsed the idea of providing a refundable, advanceable tax credit that varies based on the age of the recipient to help people offset the cost of purchasing health insurance coverage on private markets. I also think that we have to be smarter about how we deal with issues around the Medicaid program. I have long believed that states should have more flexibility around how they design their Medicaid programs to create incentives for work but also to streamline the move between Medicaid and private coverage.

I think that there’s a mythology that’s developed around how the ACA achieved its coverage gains, that somehow that’s the only way we can ever do it. And I reject that notion. I do think that we can get to similar if not better goals on coverage while also focusing first on this cost equation which clearly has become front and center, top of mind for many Americans.

I’m not one of these people that believes that the Republicans ought to pass simply a bill that says that the ACA is repealed at some future date and then that they’ll get to the question of what to replace the ACA with at a future date. I would hope they would address all those difficult questions to start, because I think it is important politically as well from a policy perspective to have all those questions settled sooner rather than later.

One of the most popular pieces of the Affordable Care Act is the ban on insurers discriminating against consumers based on preexisting conditions, which is something that President Trump has said he wants to maintain. How do we do that without the individual mandate?

I actually think that it is entirely consistent to say we want to have a protection against preexisting condition exclusions but we also don’t like the individual mandate.

A number of us have advocated an idea called continuous coverage protection, which would be a regulatory protection against risk rating or against denials of offers of coverage if you have been continuously covered by health insurance. The notion simply is this: If somebody makes the affirmative decision to acquire health coverage, they cannot be discriminated against. And that prevents some of the gaming we’re seeing in the ACA around the individual mandate, where somebody waits until they’re sick to acquire coverage.

If you don’t make the decision to acquire coverage during [the initial open enrollment period] and then you later decide well I want coverage, then I think insurers should have every right to risk-rate you in that situation. I think that there has to be an element of individual responsibility here. And that’s why I think this is a better solution than the individual mandate.

How does the opposition in the health sector affect prospects for repeal?

I don’t believe opposition from organized interests in the health sector will impact repeal. But I do think their views will be mostly accounted for as the GOP seeks to put together a replacement package of reforms for the ACA. Some of these groups, unfortunately, are so bought into the ACA and the specific approach the law took that they will oppose any effort to repeal and replace the law. That’s too bad, because I do think there’s a developing consensus within the GOP that it’s important to replace the ACA with policies that will maintain high levels of coverage while focusing first on reducing the cost of health care. These are goals that, frankly, all in the health sector — even those who are fervent boosters of the ACA — should share.

California has been on the leading edge of ACA implementation and there are a lot of people who gained coverage in the state. How can California maintain those gains?

If California wants to continue to have a successful health insurance exchange, it can continue to try and do so with state funds. But I also think that one of the challenges with the ACA is that it unfairly drove people into exchanges to acquire coverage with government subsidies when in fact the better thing to do would have been to say here’s your subsidy, you use it wherever you want to use it.

And of course in terms of the Medicaid expansion, it might require a new source of revenue.

Well it might require the state to consider, how do you keep covering this group of people. Are there other priorities that maybe aren’t as important? Are we spending money on things we don’t have to be spending money on and instead we can spend it on Medicaid? It is going to require a real policy debate over the allocation of funding at the state level. And I don’t think that’s necessarily a bad thing.

You’ve got a lot of folks in the House and Senate who have thought about these things and so I would continue to hope that there would be a dialogue between the White House, Republicans in Congress and Democrats in Congress, frankly, to figure out ways of working together, because I think policy is much better when there’s buy-in from both sides.

I ultimately think that a replacement for the ACA will be most successful and most durable if it’s fashioned with the support of some Democrats. I think one of the challenges with the ACA is that it was passed on a party line vote. It got no Republican support. And that has been one of the themes that has doomed it from the start. I think if we can have greater bipartisan cooperation earlier, that is one of the things that will make a replacement for the ACA successful in the long run.