Freudenberg Sealing Technologies is introducing a new generation of electrically conductive seals at the virtual 2021 Vienna Motor Symposium. In addition to preventing bearing damage caused by electrically induced corrosion, the seals also increase electromagnetic compatibility. With these products, the supplier is making an important contribution to high-performance electric drives. 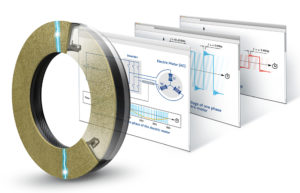 Electric cars with drive systems that operate at 800 V instead of the usual 400 can recharge in just 15 minutes and produce enough power to drive several hundred kilometers. The power semiconductors in the inverter ensure that the direct current stored in the battery is converted into the alternating current required by the electric motor while driving. These power electronics are often positioned directly above the electric motor and are also known as an electric engine injection system. A new generation of semiconductors made from silicon carbide is being increasingly used for 800-V drives as well as in other electric and hybrid drives. These silicon carbide semiconductors switch high currents up to 20,000 times per second. Each of the switching processes causes slight voltage fluctuations. The frequency of these overshoots is one or two megahertz, which puts it in the range of medium-wave radios.

If left unmodified, this frequency is transferred to the rotor shaft of the electric drive and results in two undesired side effects: the rotor shaft functions as a rod antenna and radiates electromagnetic interferences; and excess voltage can potentially build around the vehicle’s electrically insulated rotor shaft, overtaxing its ability to discharge and thus discharging instead through the via shaft bearings. This damaging effect is known as electro corrosion and reduces the performance and life cycle of bearings.

With a new generation of conductive seals, marketed under the name “eCONevo”, Freudenberg Sealing Technologies aims to eliminate both effects. The company already launched the basic principle in series production in 2015 and it is used in the best-selling electric car in Europe. With eCONevo, a very thin, conductive nonwoven material is attached to the radial shaft seal ring and provides direct electrical contact between the rotor shaft and motor housing. The development of a new material blend now makes it possible to use a nonwoven with the very low AC resistance of about one ohm. As a result, the electrical conductivity of the nonwoven material is high enough not only to prevent electro corrosion but also the emission of electromagnetic waves.

The solution used by Freudenberg Sealing Technologies has multiple advantages. The nonwoven material is only about a millimeter thick, which usually eliminates the need to make design changes on the motor. In addition, the nonwoven material is firmly attached to the radial shaft seal so that no additional steps are required when the engine is assembled. And since the component prevents electromagnetic interference directly at the motor, it can replace costly shielding in other areas, such as at the drive shafts. The supplier demonstrated the effectiveness on a test rig developed in-house, on which components for electric motors can be tested at speeds of up to 36,000 RPM. Development of this nonwoven technology is so advanced, series production may begin within a few months.

“The electrically conductive seal is a small, inconspicuous component,” said Stefan Morgenstern, advance developer at Freudenberg. “But its impact is enormous. We can eliminate unwanted side effects from electric drives with power semiconductors made of silicon carbide. As a result, the seal contributes to the ultra-fast charging of electric cars, and ultimately, to faster acceptance of electric mobility as a whole.” 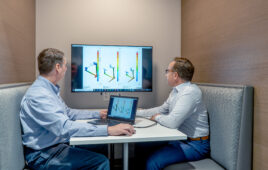 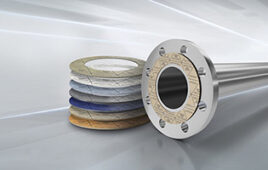 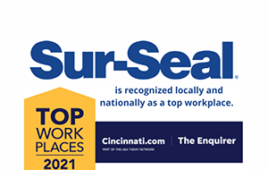