NASA’s technology contributions aren’t bound to just space applications. Throughout the years, many companies have teamed up with the agency to bring innovation to the agriculture industry.

Below are just five examples, compiled by NASA, of farming technology with NASA origins.

In the 1990s, GPS was still a new development, and John Deere was set to harness it for precision agriculture. However, the company wanted to expand the technology to create a system that could autonomously direct tractors, and their goal came with some design hurdles. Namely, uncorrected GPS could throw guidance off up to 30 ft, according to NASA, due to a drift in the internal clocks of GPS satellites, data errors, and a host of other factors.

NASA was up for the challenge. The agency created a software that corrected GPS signal errors, ushering in accurate GPS navigation around the world, which is used in today’s self-driving tractors.

For example, California Department of Water Resources and NASA’s Ames Research Center headed a project “to help growers match irrigation with the biological needs of each crop,” according to NASA.

NASA is leading the way in space farming. Take, for instance, the ongoing Veggie Project, where astronaut Steve Swanson was able to harvest red romaine lettuce on the International Space Station (ISS).

One space-farming development that made its way into Earth-based greenhouses is an LED lighting system, developed from the partnership of NASA’s Kenney Space Center and Wisconsin-based Orbital Technologies Corporation (ORBITEC). The low-power light distribution system helps facilitate efficient plant growth by, according to NASA, allowing “maximum efficiency in light absorption by all available photosynthetic tissues.” 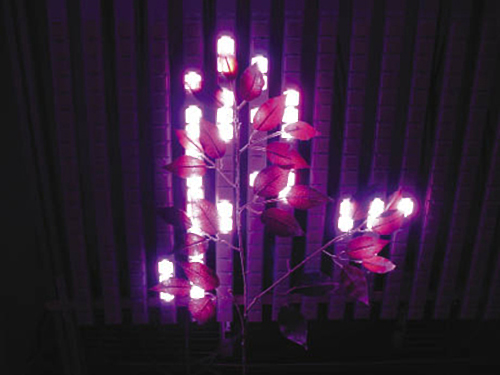 Commercial software, based on a NASA model, can predict corn production, and provide daily updates on the current state of corn vegetation. It draws upon almost 30 variables, one of which is NASA satellite data. This software is beneficial to not only farmers, but grain traders and ethanol producers.

Wouldn’t it be great if plants could just tell you they’re thirsty, instead of relying on guesswork? Well, thanks to a NASA-supported research effort, they can. A leaf sensor that attaches safely to plants measures electrical pulses. Data is transferred using radio waves or through a wire to the user’s computer, with the system sending a text message when a particular crop’s water levels are low. 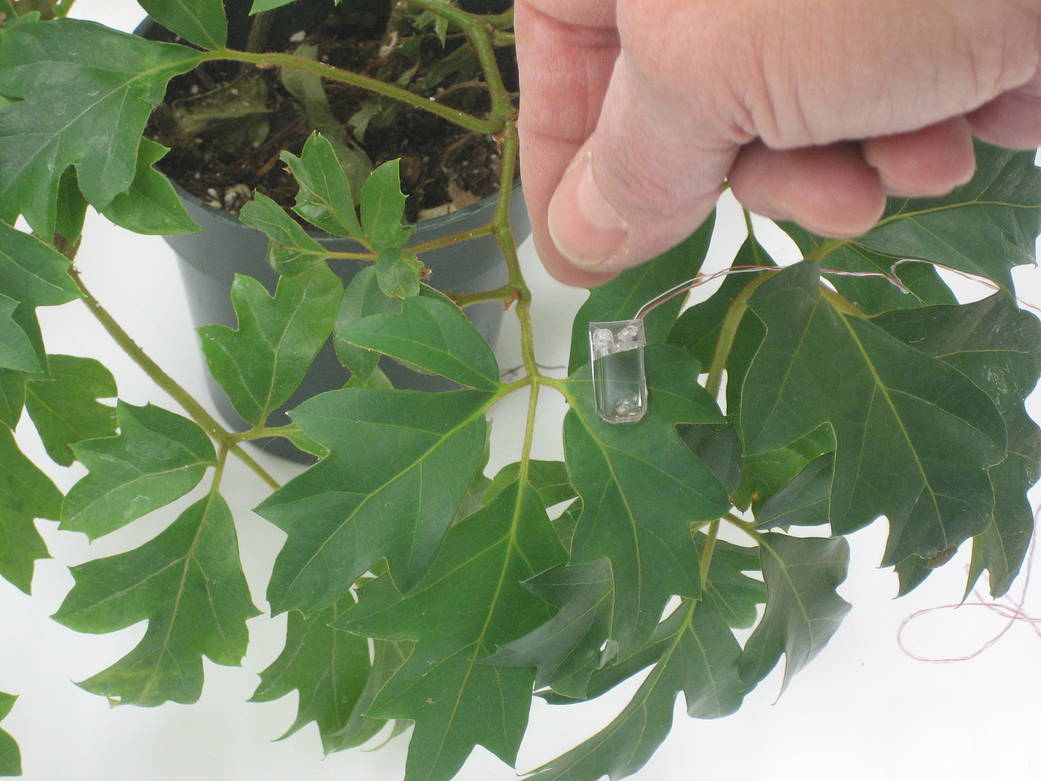