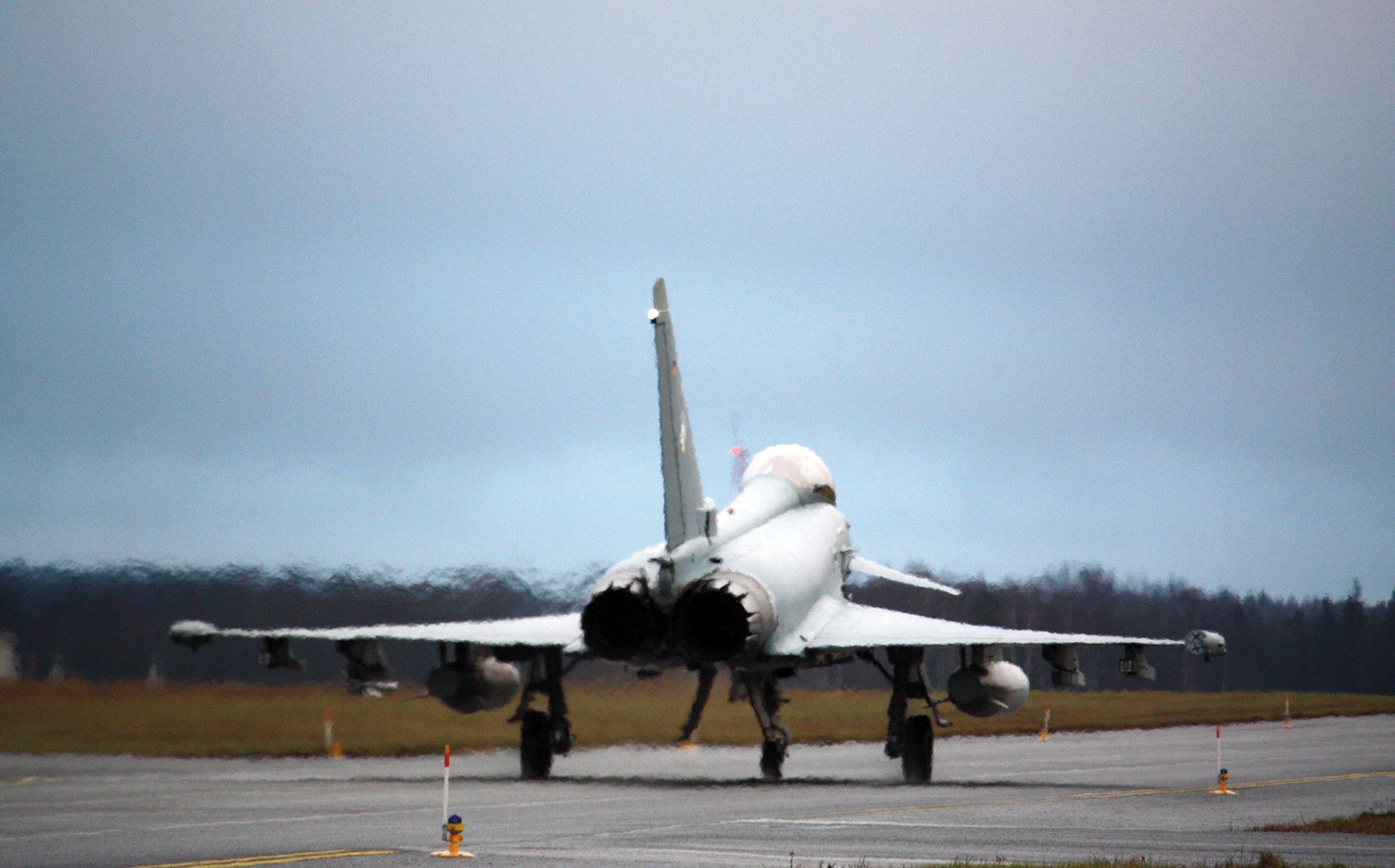 ll off as it was preparing for takeoff last week.

“The aircraft was immobilised and tests are under way,” the spokesman, Roman Ladenko, told AFP, confirming a report in the daily Sueddeutsche Zeitung.

As a result of the incident, which occurred at an air base in Estonia, the army had stopped Eurofighters from flying unless their external fuel tanks were removed.

“That’s a problem because without these external tanks, our fighter planes do not have sufficient autonomy to fly over the Baltic Sea,” Ladenko said.

On Tuesday the army said it was halting Eurofighter deliveries over a technical fault in the fuselage.

The Eurofighter consortium on Wednesday told AFP that there was indeed a “non-conformity” issue with four drill holes on the back of the fuselage.

Nevertheless, the group’s spokesman Theodor Benien said the issue had “not affected the safety of aircraft delivered to our customers”.

But its woes have allowed its competitors — Boeing’s Super Hornet F18 and France’s Dassault Rafale — to pick up several major orders.

In what might be another blow for the European consortium, the newspaper Die Welt reported on Wednesday that the group’s plans to develop a new radar for the plane were facing several months of delay.

The plan for a new radar was announced officially only in November 2014, but it is already running “five months late” with a budget overrun of about 80 million euros, the newspaper reported, quoting a confidential report of the German defence ministry.