A male nurse who was convicted of killing patients in Germany with overdoses of heart medication is now believed to have killed at least 86 people — and the true scale of the killings could be even larger, investigators said Monday.

Many of the deaths could have been prevented if health authorities had acted more quickly on their suspicions, said Johann Kuehme, police chief in the northwestern city of Oldenburg.

Niels Hoegel, now 40, was convicted in 2015 of two murders and two attempted murders at a hospital in the northwestern town of Delmenhorst. He was sentenced to life in prison. But prosecutors have long said they believe he killed many more people, last year putting the figure at 43 at least.

The crimes came to light after Hoegel was convicted of attempted murder in another case. Authorities subsequently investigated hundreds of deaths, exhuming bodies of former patients in Delmenhorst and nearby Oldenburg.

Kuehme said Monday that authorities have now unearthed evidence of 84 killings in addition to the ones for which Hoegel was convicted. The number of actual killings is likely higher because some possible victims were cremated, making it impossible to gather evidence, Kuehme added.

“Eighty-four killings … leave us speechless,” Kuehme told reporters. “And as if all that were not enough, we must realize that the real dimension of the killings by Niels H. is likely many times worse.” 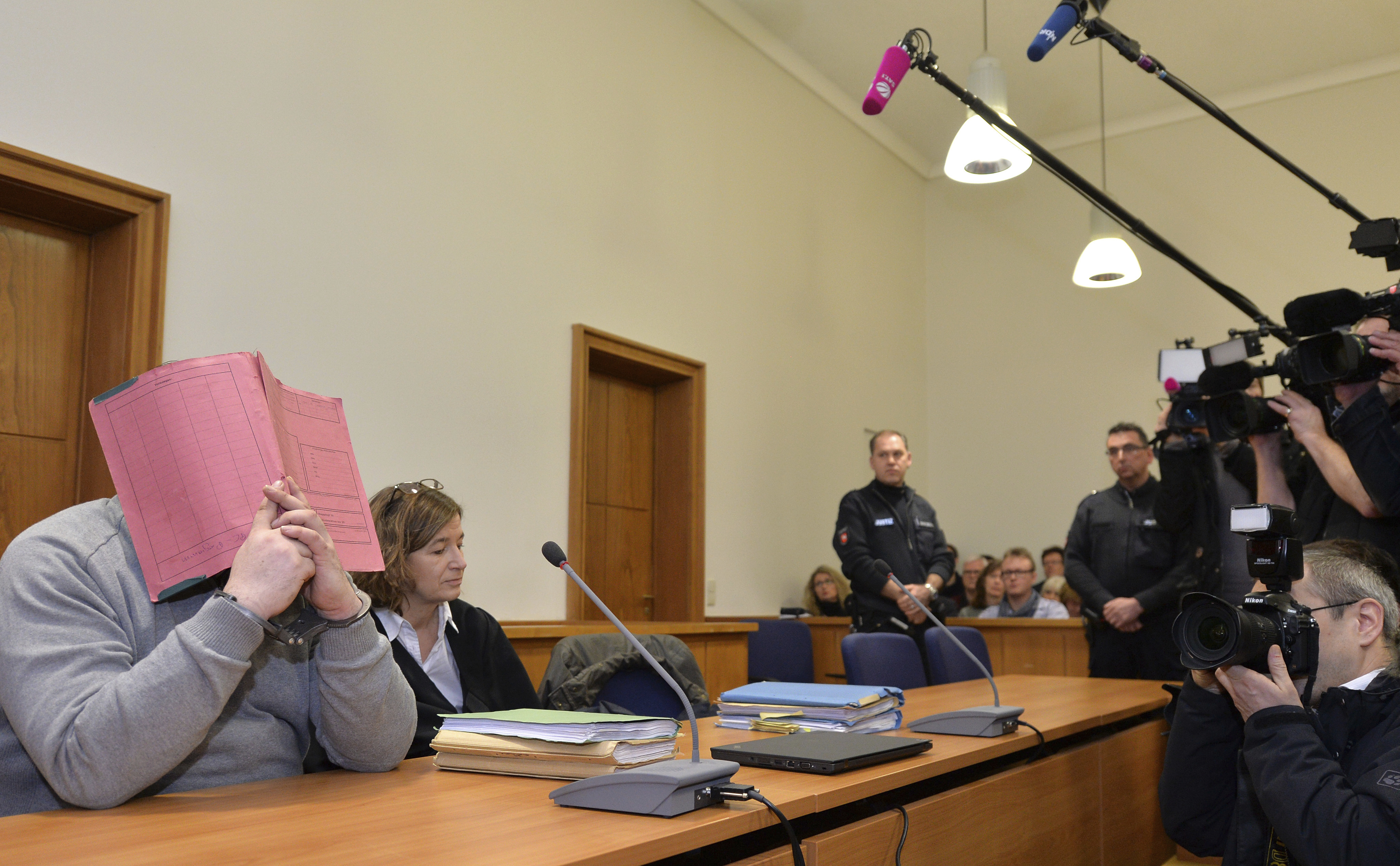 In this Feb. 26, 2015 file photo former nurse Niels Hoegel, accused of multiple murder and attempted murder of patients, covering his face with a file at the district court in Oldenburg, Germany. German authorities say Monday Aug. 28, 2017 they now believe that a nurse who was convicted of killing patients with overdoses of heart medication killed at least 84 people. Niels Hoegel was convicted in 2015 of two murders and two attempted murders at a clinic in the northwestern town of Delmenhorst. Oldenburg police chief Johann Kuehme said Monday authorities have now unearthed evidence of 84 killings. (Carmen Jaspersen/dpa via AP,file)

The fact that the cases go back many years and people may struggle to remember the exact details of their loved ones’ deaths hurts authorities’ ability to determine an exact number, Kuehme said.

He faulted local health authorities for being slow to act.

“If the people responsible at the time, particularly at the Oldenburg clinic but also later in Delmenhorst, hadn’t hesitated to alert authorities — for example police, prosecutors —” Hoegel could have been stopped earlier, Kuehme said.

Authorities are already pursuing criminal cases against former staff at the two facilities.

Kuehme said other medical workers at Oldenburg were aware of an elevated number of resuscitations, and initial indications of possible wrongdoing by the nurse in Delmenhorst emerged as early as April 2003.

During his trial, Hoegel had said he intentionally brought about cardiac crises in some 90 patients in Delmenhorst because he enjoyed the feeling of being able to resuscitate them.

He later told investigators that he also killed patients in Oldenburg.

Prosecutors are expected to try Hoegel on at least some of the additional killings but Germany’s judicial system does not allow for consecutive sentences, so future convictions won’t affect his life term.

The identities of the suspected 84 victims haven’t been released. There was no immediate comment Monday from any representatives of victims’ families.