After firing up its six Boeing 747 engines in September 2017, and its low-speed taxi test traveling down a runway at 46 mph (74 km/h, 40 knots) in March of this year, the Stratolaunch recently showcased its latest feat.

The aircraft underwent medium-speed taxi tests, reaching 80 mph (128 km/h), and hitting “a maximum of 90 mph during the test series,” according to the Stratolaunch Systems Corporation video description. 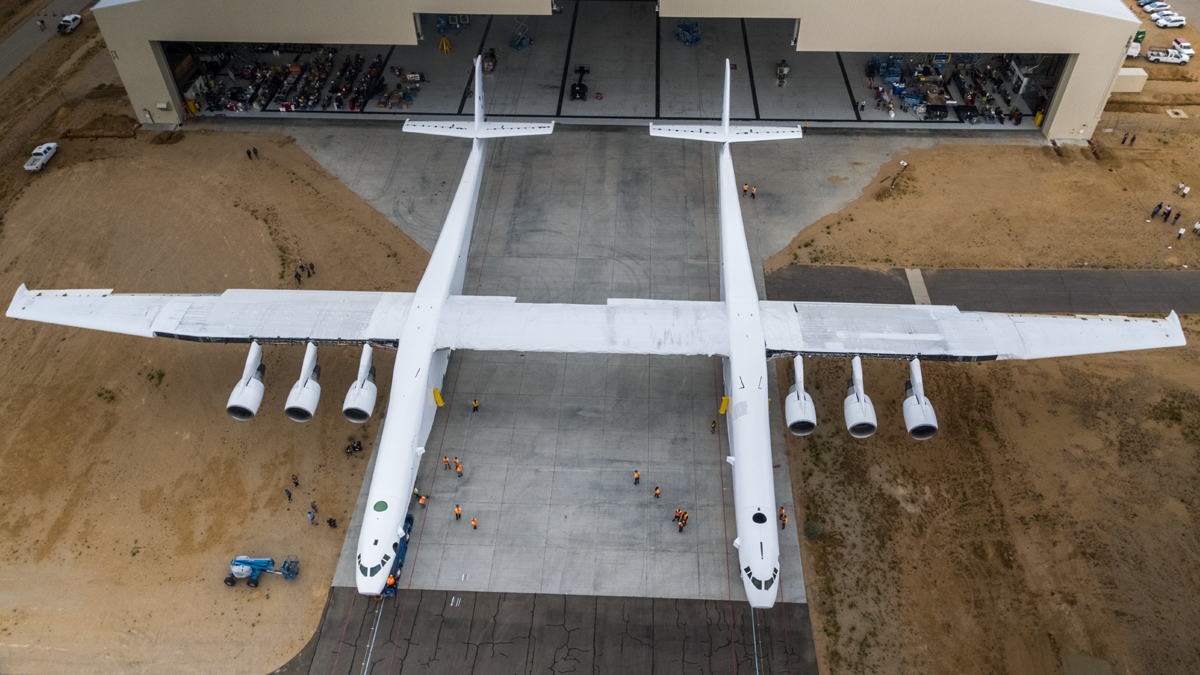 Touted as the largest plane in the world, the finished design will takeoff from a runway, and reach a cruising altitude of 35,000 ft (10,668 m). Then, one or more launch vehicles will be released, “allowing for rapid constellation deployment to different inclinations. As the launch vehicles ascend into orbit, the Stratolaunch plane heads back to the runway to reload for its next mission,” according to the company.

Stratolaunch weighs more than 500,000 lb and sports a 385-ft wingspan. According to company, it’s 238 ft long, has a tail height of 50 ft, and can handle a 650-tn maximum takeoff weight. With an operational range of 1,000 nautical miles, the aircraft can sustain mission times totaling 10 hrs.

First test flights are slated for 2019, with a commercial launch goal of 2020.

These latest Stratolaunch updates were released just days after Paul G Allen’s passing, founder of Stratolaunch Systems Corp., and co-founder of Microsoft with Bill Gates. However, according to a tweet from Stratolaunch, Paul Allen’s vision will continue to take form.

Watch the latest Stratolaunch taxi test in the video below.