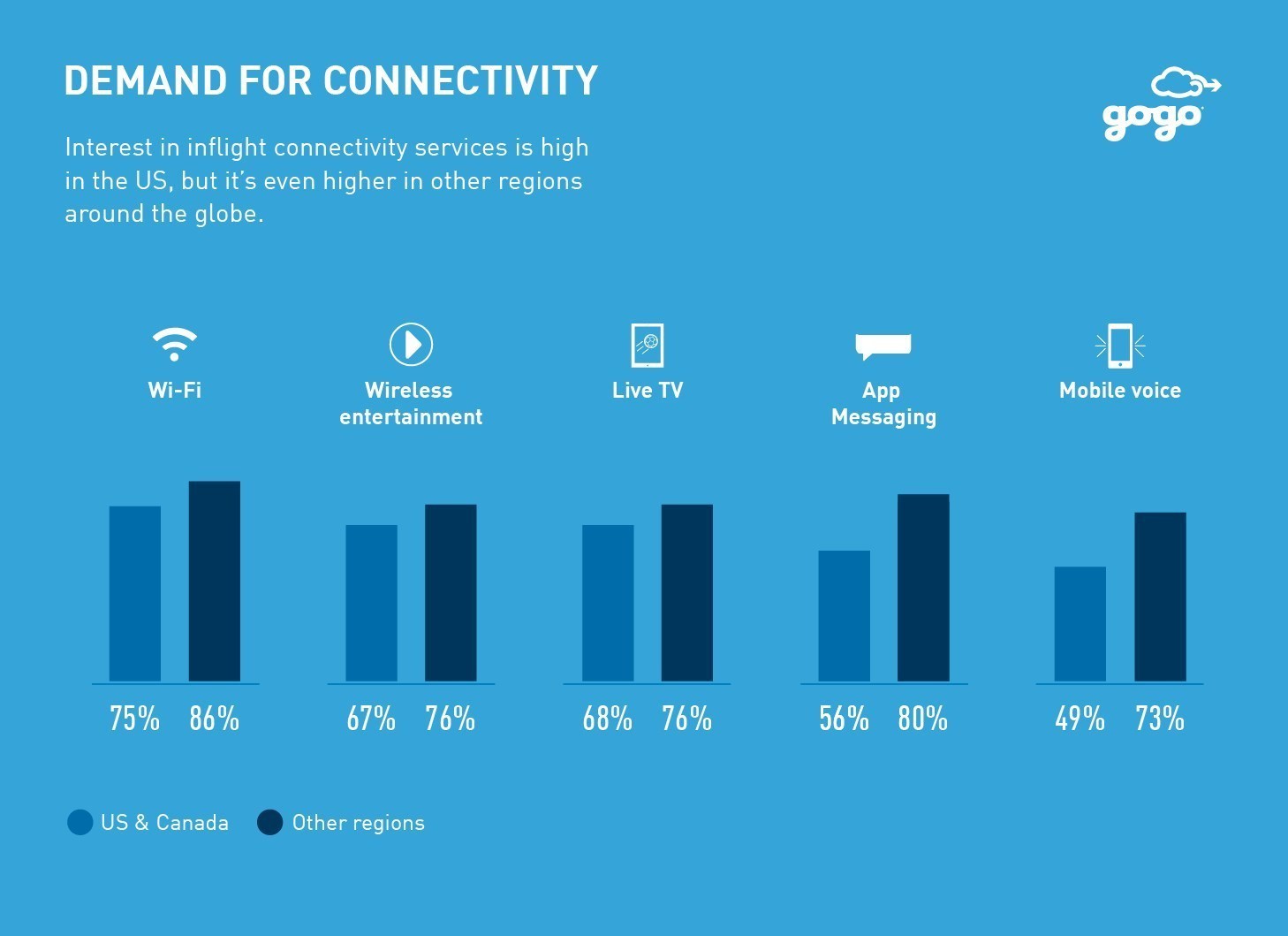 Gogo’s global study reveals that when choosing a flight, more than half of global travelers factor Wi-Fi into their choice of airline.

The percentage of passengers boarding a flight with at least one Wi-Fi enabled device also continues to climb. Today, 90 percent of global passengers brought at least one Wi-Fi enabled device on-board their last flight. When it comes to smartphones and tablets, Android is the operating system of choice among global travelers. There are more than twice as many Android powered smartphones as iPhones being carried onboard the world’s commercial aircraft.

“The need for ubiquitous connectivity is no secret.  There are very few places on earth today that people can’t connect and the plane is really the last frontier,” said says Ash ElDifrawi, Gogo’s chief commercial officer. “What’s surprising to us is that the demand is actually higher outside of the U.S. and Canada, where we are just scratching the surface in terms of connecting planes. The growing demand of in-flight services outside of the U.S. and Canada creates a significant opportunity for airlines servicing these regions around the world.”

Gogo has created an infographic that details some of these findings, which can be found here.  This data was compiled from Gogo’s global traveler research study and represents participants across 19 countries and 5 continents. All participants had taken a round-trip flight in the past twelve months.