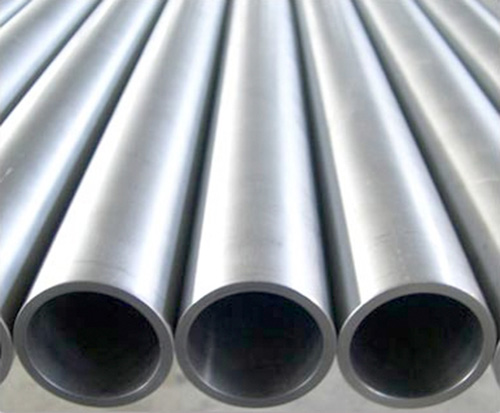 High pressure could be the key to making advanced metal mixtures that are lighter, stronger and more heat-resistant than conventional alloys, a new study by Stanford researchers suggests.

Humans have been blending metals together to create alloys with unique properties for thousands of years. But traditional alloys typically consist of one or two dominant metals with a pinch of other metals or elements thrown in. Classic examples include adding tin to copper to make bronze, or carbon to iron to create steel.

In contrast, “high-entropy” alloys consist of multiple metals mixed in approximately equal amounts. The result is stronger and lighter alloys that are more resistant to heat, corrosion and radiation, and that might even possess unique mechanical, magnetic or electrical properties.

Despite significant interest from material scientists, high-entropy alloys have yet to make the leap from the lab to actual products. One major reason is that scientists haven’t yet figured out how to precisely control the arrangement, or packing structure, of the constituent atoms. How an alloy’s atoms are arranged can significantly influence its properties, helping determine, for example, whether it is stiff or ductile, strong or brittle.

“Some of the most useful alloys are made up of metal atoms arranged in a combination of packing structures,” says study first author Cameron Tracy, a postdoctoral researcher at Stanford’s School of Earth, Energy & Environmental Sciences and the Center for International Security and Cooperation (CISAC).

In the new study, published online in the journal Nature Communications, Tracy and his colleagues report that they have successfully created a high-entropy alloy, made of common and readily available metals, with a so-called hexagonal close-packed (HCP) structure.

“A small number of high-entropy alloys with the HCP structure have been made in the last few years, but they contain a lot of exotic elements such as alkali metals and rare earth metals,” Tracy says. “What we managed to do is to make an HCP high-entropy alloy from common metals that are typically used in engineering applications.”

The trick, it appears, is high pressure. Tracy and his colleagues used an instrument called a diamond-anvil cell to subject tiny samples of a high-entropy alloy to pressures as high as 55 gigapascals – roughly the pressure one would encounter in the Earth’s mantle.

“The only time you would ever naturally see that pressure on the Earth’s surface is during a really big meteorite impact,” Tracy says.

High pressure appears to trigger a transformation in the high-entropy alloy the team used, which consisted of manganese, cobalt, iron, nickel and chromium.

“Imagine the atoms as a layer of ping pong balls on a table, and then adding more layers on top. That can form a face-centered cubic packing structure. But if you shift some of the layers slightly relative to the first one, you would get a hexagonal close-packed structure,” Tracy says.

Scientists have speculated that the reason high-entropy alloys don’t undergo this shift naturally is because interacting magnetic forces between the metal atoms prevent it from happening. But high pressure seems to disrupt the magnetic interactions.

“When you pressurize a material, you push all of the atoms closer together. Oftentimes, when you compress something, it becomes less magnetic,” Tracy says. “That’s what appears to be happening here: compressing the high-entropy alloy makes it non-magnetic or close to non-magnetic, and an HCP phase is suddenly possible.”

Interestingly, the alloy retains an HCP structure even after the pressure is removed.

“Most of the time, when you take the pressure away, the atoms snap back to their previous configuration. But that’s not happening here, and that’s really surprising,” says study coauthor Wendy Mao, an associate professor of geological sciences at Stanford’s School of Earth, Energy & Environmental Sciences.

The team also discovered that by slowly cranking up the pressure, they could increase the amount of hexagonal close-pack structure in their alloy.

“This suggests it’s possible to tailor the material to give us exactly the mechanical properties that we want for a particular application,” Tracy says.

For example, combustion engines and power plants run more efficiently at high temperatures but conventional alloys tend to not perform well in extreme conditions because their atoms start moving around and become more disordered.

“High-entropy alloys, however, already possess a high degree of disorder due to their highly intermingled natures,” Tracy says. “As a result, they have mechanical properties that are great at low temperatures and stay great at high temperatures.”

In the future, materials scientists may be able to fine-tune the properties of high-entropy alloys even further by mixing different metals and elements together. “There’s a huge part of the periodic table and so many permutations to be explored,” Mao says.