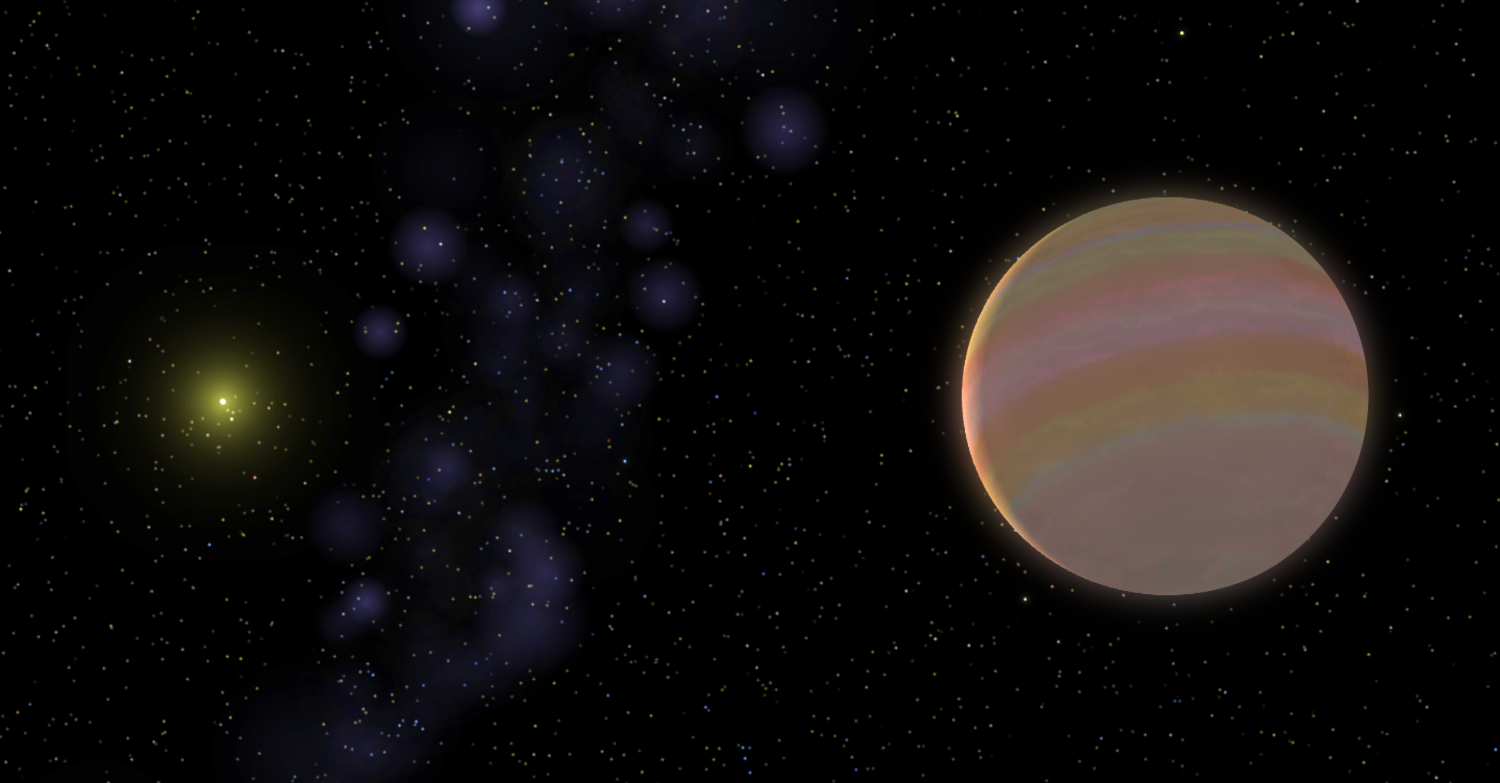 This artist’s concept shows the relative sizes and separation of the star HD 32963 and its newly discovered Jupiter-mass planet. Credit: Stefano Meschiari/McDonald Observatory

High school senior Dominick Rowan of Armonk, New York, is making discoveries about other worlds. Working with University of Texas at Austin astronomer Stefano Meschiari, Rowan has helped to find a Jupiter-like planet and has calculated that this type of planet is relatively rare, occurring in three percent of stars overall. Their research is has been accepted for publication in the Astrophysical Journal.

The team, which also includes astronomers from the University of California, Santa Cruz and others, announced their newly discovered planet orbits a Sun-like star called HD 32963. They discovered the planet using observations with the Keck Telescope in Hawaii.

While working on this project, Rowan said that he became interested in how these large, Jupiter-like planets are so important to the formation of planetary systems.

Meschiari suggested to Rowan that he could undertake a project to calculate how often Jupiter-like planets form, using the sample of more than 1,000 stars that the team has probed with the Keck Telescope over the past two decades, looking for planets around them.

“It was a collaborative process,” Meschiari said. “We went through every dataset—every star—to look at how many Jupiters they have, or how many could have been missed.”

They used software previously created by Meschiari, called Systemic. An online version of it, called “Systemic Live,” is used in astronomy classes at colleges across the country. It is a web-based application that lets students visualize and manipulate real data from telescopes around the world, to try to find the signatures of extrasolar planets as-yet unknown. 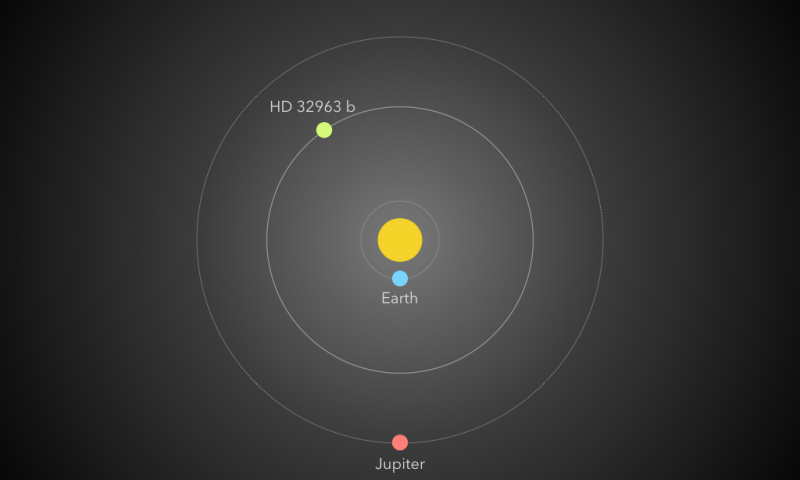 This artist’s concept shows the orbit of the newly discovered Jupiter-mass planet orbiting the star HD 32963, compared to the orbits of Earth and Jupiter around the Sun. Credit: Stefano Meschiari/McDonald Observatory

Rowan explained that when he started the project, “the first objective of the study was to detect all the Jupiter analogs in the Keck survey to calculate their frequency. However, after identifying HD 32963b as a new, unpublished Jupiter analog, Dr. Meschiari and I worked to constrain the planetary parameters as an additional objective of the research.

“After detecting a total of eight Jupiter analogs within the datasets, we worked to correct the frequency for detectability. In other words, it was necessary to assess the probability that a Jupiter analog was missed.”

Rowan has submitted his work into several science competitions. Among other honors, he has been selected as a national finalist for the Siemens Competition in Math, Science, and Technology. More than just competing for awards, however, he said, “working with Dr. Meschiari has solidified my interest in astrophysics and extrasolar studies.”

In addition to his widely used academic software, Meschiari has created a popular online game called “Super Planet Crash.” It allows anyone to create a virtual solar system with planets of various masses and orbits. They can then set the system in motion to see how it fares over cosmic time, whether it is stable, or planets crash into each other, or get slung out of the system via gravitational interactions. Super Planet Crash has been played more than 11 million times. It can be found at www.save-point.io