Scientists have developed a high-speed prototype camera that captures the passing effects of gamma rays colliding into the Earth’s atmosphere. It will soon transition from the University of Wisconsin-Madison (UW-Madison) to Arizona’s Mount Hopkins.

After its move, it will be integrated into a new telescope built to demonstrate technologies for the Cherenkov Telescope Array (CTA). The CTA “is the next generation ground-based observatory for gamma-ray astronomy at very-high energies. With more than 100 telescopes located in the northern and southern hemispheres, CTA will be the world’s largest and most sensitive high-energy gamma-ray observatory.”

Camera components will be shipped to Arizona May 7, where it will be reassembled and tested before its full integration. During that time, the telescope will be fitted with its mirrors.

According to Vladimir Vassiliev, lead scientists for the telescope on Mount Hopkins in southern Arizona, and professor of physics and astronomy at the University of California Los Angeles, “This telescope pushes the technology to a very different regime.”

“We’ll be able to make a movie at a billion frames per second of the particle shower developing in the atmosphere,” says UW-Madison Physics Professor Justin Vandenbroucke, who co-led the camera’s development.

According to Vandenbroucke, the fast, random flashes of photons created quite the design challenge and required wide fields of view. In an air shower, the Cherenkov pulse may last for as little as six nanoseconds. However, every pulse allows “the detection of a gamma-ray a trillion times more energetic than can be seen with the human eye.”

Thanks to the dual-mirror technology and specialized camera, the Cherenkov air showers can be recorded at unparalleled resolution.

“This will be the first demonstration of this kind of optics for this kind of telescope,” says Vassiliev. “The payoff will be excellent imaging of Cherenkov air showers.”

According to the researchers, upgraded gamma ray measurement can help answers some of the most fundamental questions of the universe.

“Gamma rays are the linchpin of multi-messenger astronomy,” says Vandenbroucke. “They have been essential to identifying the first gravitational wave signal from merging neutron stars and may play a similar role in the search for the sources of high-energy neutrinos.”

In the image below, you can see the sensors and electronic modules that sit at the heart of the new prototype camera 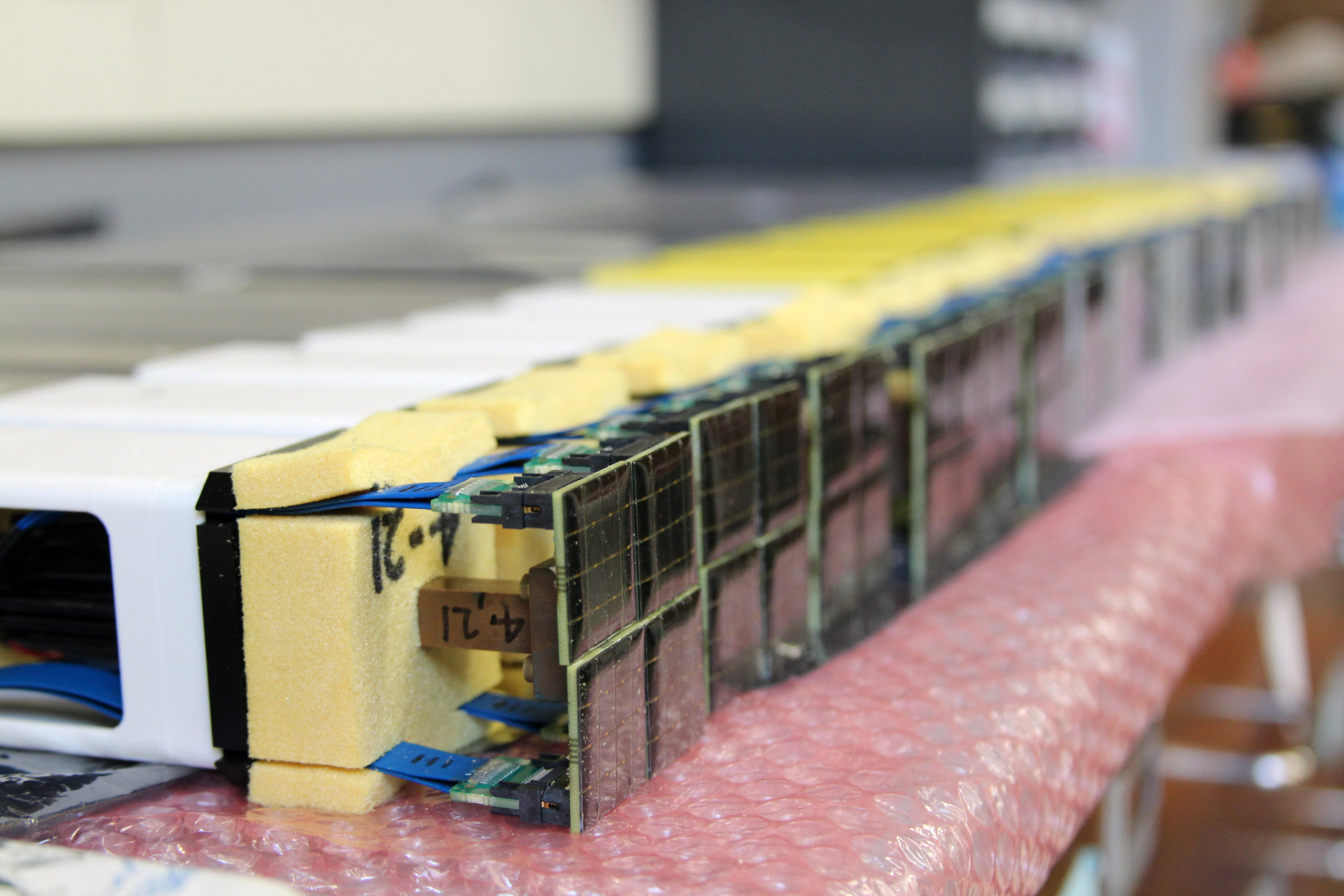