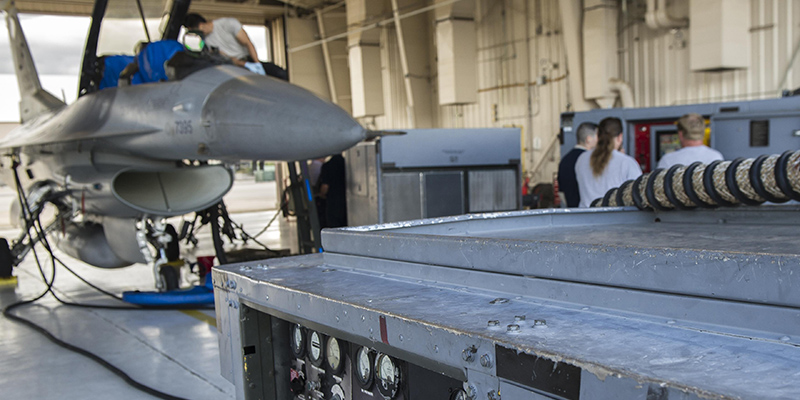 The F-16 Fighting Falcons at Holloman Air Force Base became the first F-16s in the Air Force to go through the aircraft purification process Nov. 3.

Aircraft purification has been performed on other airframes, but this was the first time it was performed on F-16s.

“Aircraft purification is removing all of the moisture, air and particles out of the hydraulic fluid in the systems of the aircraft,” said Senior Master Sgt. Ian Hall, the 54th Aircraft Maintenance Squadron air ground equipment flight chief. “It’s important because it will increase system reliability on the aircraft, and it will greatly reduce the long-term maintenance costs.”

The 54th AMXS received the Air Force’s three hydraulic test stands that are equipped with onboard purification systems, making it more efficient overall.

This eight-hour process saves the Air Force time and money, as well as environmental waste. Every time the hydraulic test stands are used they save more than 200 gallons of fluid.

“In the big picture, you’d never have to do a drain and flush again,” Hall said. “As long as you’re hooking up that system when doing routine maintenance, it is still purifying that fluid.”