Hot, sunny weather could degrade future fifth-generation or “5G” cellular transmissions by more than 15%—which could mean more dropped calls in places like Florida and the Middle East—but an Embry-Riddle Aeronautical University engineer says research will guide solutions.

But, how would bright sunshine affect such high-speed transmissions?

The conclusion? Future 5G cellular systems using 60 GHz bands might work better at night because solar radio emissions seem to degrade such transmissions. “This suggests there could be more dropped calls and lost data transmission, and the data rate could be lower during the day compared to nighttime,” said Sulyman.

He added, however, that effective communication links at 60 GHz are possible at distances up to 134 meters indoors, and up to 110 meters outdoors, even in hilly, dense urban areas—particularly if antennas are pointed toward each other.

“Engineers can always work around problems if they understand them properly,” said Sulyman, a Senior Member of IEEE, the world’s largest technical professional organization. “Once we understand the exact nature of solar radio interference on 5G networks, we can plan for it by optimizing links for day-time and night-time operations.”

He noted that satellite televisions work well during the day and at night because planners offset any transmission degradation so seamlessly that consumers never know the difference. Similarly, he said, continuing studies of how bright sunshine affects 5G networks will help developers make better decisions to support those systems, too, he said: “These results will help 5G cellular network planners to prepare appropriate link budgets when deploying 60 GHz radio outdoors in extremely hot and sunny weather.”

First-generation cellular systems were introduced in 1982, and each subsequent generation of the technology has tended to require about 10 years of development. Rollout of 5G wireless digital systems could happen in the 2020s or sooner, Sulyman said. New 5G standards should be developed in 2019, during the World Radiocommunication Conference.

If 5G systems could make use of extremely high-frequency radio waves—characterized by millimeter-length bands (30- to 300 GHz)—users would benefit from much faster data-access speeds and “nomadic” service that functions much like Wi-Fi, untethered from transmission towers.

As a cost-saving measure, telecommunications developers have been looking at transmissions in the unlicensed 5 GHz and 60 GHz bands. Transmissions in this range would provide cellular operators with an appealing business option in areas not profitable enough to justify more expensive licensed bands.

Currently, most 4G LTE networks make it possible to download a full-length high-definition movie in about five to ten minutes. Future 5G technology would offer much higher speeds. But there could be drawbacks to using higher-frequency radio waves, which have shorter transmission ranges shorter transmission ranges that can be blocked by buildings and weakened by atmospheric conditions.

For his study, Sulyman and colleagues looked at how solar radio emissions would affect 60 GHz communication, in various system configurations such as line-of-sight and non-line-of-sight setups. First they configured an indoor experiment in order to determine the “path loss exponent” or PLE – a measure of transmission degradation – resulting from solar radio emissions. Then, they compared those results with measurements gathered at two sunny outdoor locations in Riyadh city, Saudi Arabia – a hilly region with high-rise buildings and vegetation, and similar terrain with very little vegetation. In hot and sunny weather, PLE values increased by 9.0 to 15.6%, compared to measurements captured at night in cool, clear weather. In other words, the integrity of transmissions were negatively affected by strong sunshine.

In June 2017, Sulyman published another paper in IEEE Wireless Communications, describing a novel architectural approach to bridging Internet-based “Internet of Things” networks with cellular based systems. Sulyman, who is a senior member of IEEE, joined Embry-Riddle’s Prescott Campus in February 2017, having previously taught in Saudi Arabia. 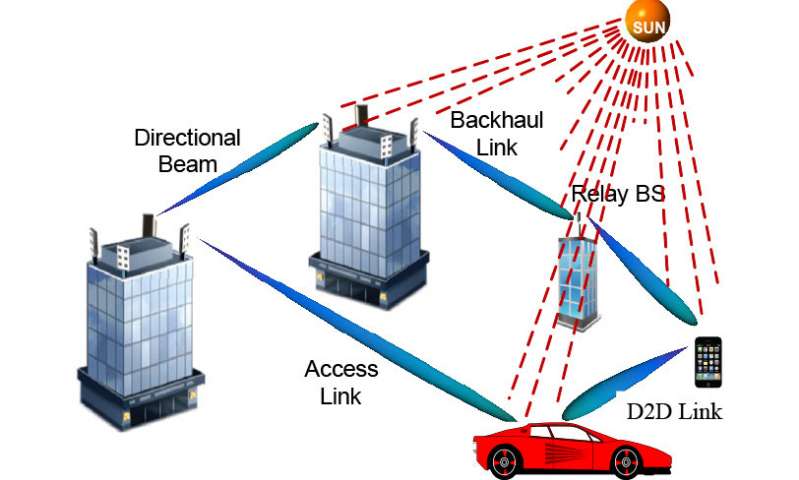