The $51 billion plan includes $5.2 billion to avert a catastrophic shutdown of Choice. The program is slated to run out of money as early as May 31, causing disruptions in medical care to tens of thousands of patients.

It paves the way for passage of the long-sought bill after previous failed attempts including in March, leading in part to Trump’s firing of former VA Secretary David Shulkin. Nearly 40 organizations, including Veterans of Foreign Wars and the conservative Concerned Veterans for America, support the measure.

The plan, passed 20-2 by the House Veterans Affairs Committee, would mean that veterans could see private doctors at taxpayer expense when VA medical centers are unable to provide timely treatment or the care is deemed inadequate. Still, it may take years to assess the full impact on veterans who turn to private doctors over government-run VA care, due to uncertainty in how the rules will be interpreted and how VA determines what is “quality” care. 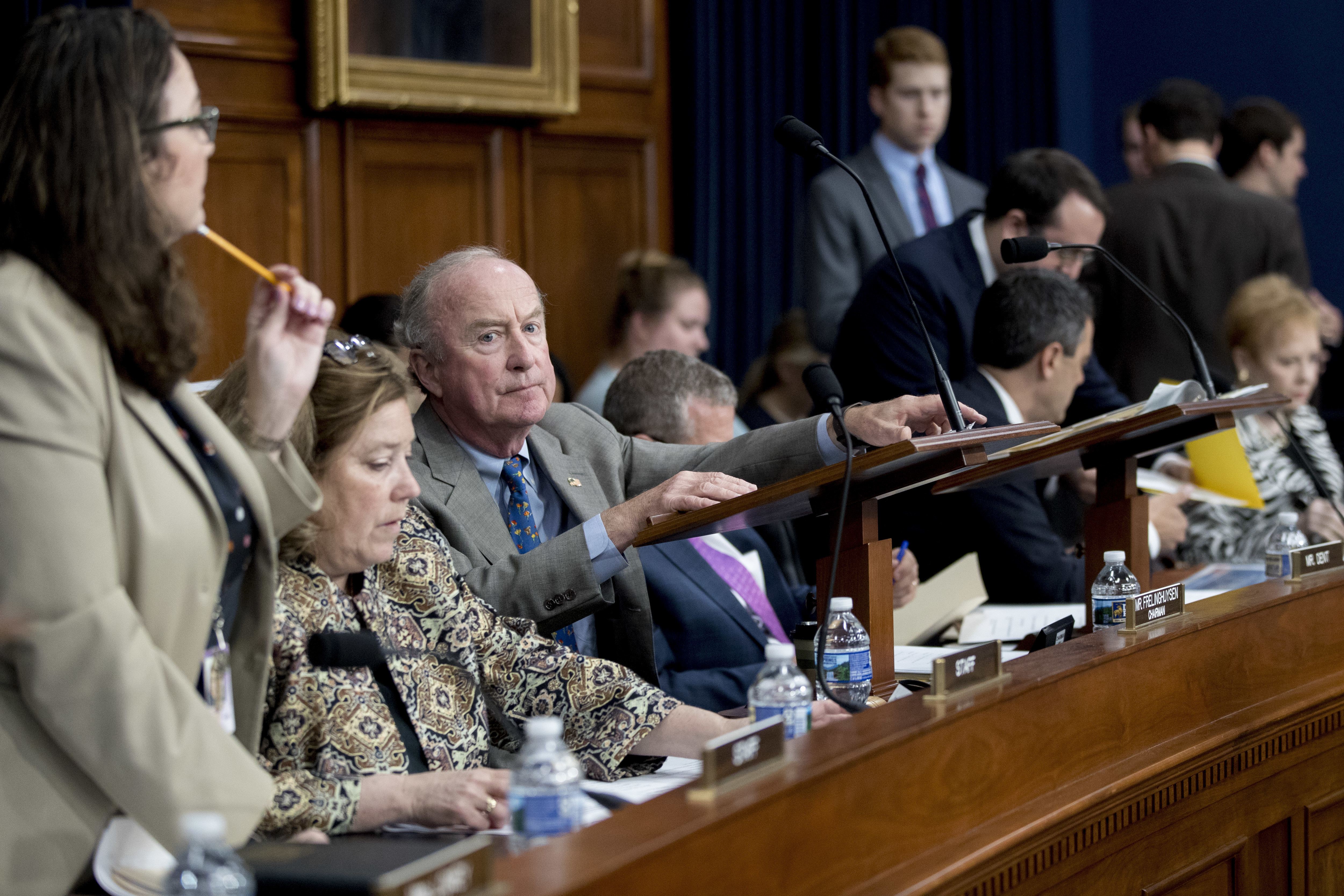 Separately, the House Appropriations Committee chaired by Rep. Rodney Frelinghuysen, R-N.J., passed a $194.5 billion funding plan for the VA in the next budget year beginning Oct. 1, an increase of $9 billion from the previous year. The proposal, which includes money for mental health services and a revamp of the VA’s electronic health records, will need to be approved by the full House and Senate.

The Choice bill builds on legislation passed in 2014 in response to a wait-time scandal at the Phoenix VA medical center, where some veterans died while waiting months for appointments. The bill aims to steer more patients to the private sector to relieve pressure at VA hospitals.

Originally a pilot program, Choice would become a longer-term fixture at the VA, with room for expansion based on veterans’ demand for private services. Patients could access private walk-in clinics, such as MinuteClinics, to treat minor illnesses or injury if they used VA health care in the last two years.

The bill was expected to be approved by the full House over the objections of some Democrats. It would then go to the Senate, where key Republicans and Democrats said Tuesday they back the measure.

Trump has said he would sign Choice legislation if Congress acts by month’s end.

Rep. Phil Roe, R-Tenn., the bill’s sponsor, praised the measure as a “doubling down” on lawmakers’ commitment “to build a stronger VA for our nation’s heroes and ensure veterans are receiving the care and benefits they deserve.”

The bill mirrors an agreement that key Republicans and Democrats had sought to include in a spending measure in March but failed after House Democrats expressed concerns about a presidentially appointed commission to review the closure of underperforming VA facilities. On Tuesday, Democrats led by Rep. Tim Walz also raised questions about the VA’s ability to address rising costs of the newly combined “community care” program that includes Choice and other VA programs of outside care, putting the VA at risk of unexpected budget shortfalls next year.

Several major veterans groups, who strongly back the caregiver provisions, described the bill as a reasonable compromise.

Veterans would be able to access private care when VA does not offer the services they need or a veteran and his VA health provider agree it is best to receive care with a private doctor. It would loosen Choice’s restrictions that limit outside care only when a veteran must wait 30 days for an appointment or drive more than 40 miles to a VA facility.

Still, the bill leaves room for interpretation from top VA leadership, who would have the power to further loosen restrictions if a veteran feels unhappy with VA care.

“The tone for how much outside care a veteran receives will be set at the top, with the next VA secretary,” said Carrie Farmer, a senior policy researcher at Rand Corp.

Trump has yet to nominate a new VA secretary after ousting Shulkin in late March, citing his lack of progress in improving VA care. Trump’s first pick for the position, Ronny Jackson, abruptly withdrew amid allegations uncovered by an investigation led by Sen. Jon Tester, D-Mont., that he loosely handed out prescription drugs and got drunk on duty.

Those being considered for the VA secretary job serving 9 million veterans include former Florida Rep. Jeff Miller, a strong proponent of expanding private care for veterans; and acting VA Secretary Robert Wilkie, a former Pentagon undersecretary appointed by Trump to the acting position.

Both Sen. Johnny Isakson, the Republican chairman of the Senate Veterans Affairs Committee, and Tester, the panel’s top Democrat, have pledged to steer the bill through its narrowly divided chamber.

“This bill is the product of hard work, bipartisan compromise and the input of our nation’s veterans,” Tester said. “Congress must act now to reform the broken Choice Program.”