It’s been a long week, dear readers, but this story is sure to put a smile on your face.

Last Saturday, October 8th, the night Hurricane Matthew made landfall, Hope Mills, North Carolina-resident Chris Williams awoke to the sound of his kitchen door flying open: water gushed in as if someone had opened a fire hydrant, The Washington Post reported.

Although the hurricane had already caused some minor flooding in the town, Chris—a Navy veteran who served in Afghanistan— had gone to bed thinking he and his property would be fine. Realizing that he now needed to escape the floodwater pouring into his house, Chris and his elderly dog, Lana, ran upstairs to the second floor to await rescue.

Except that none came.

For several hours, Chris and his pup were trapped. Although he had no phone service, Chris was able to message his twin brother, Craig (who lived 1,300 miles away in Austin, Texas), via Facebook messenger. Both continued to try and reach emergency services. When they finally got through, they were told a rescue wasn’t possible yet.

“He used to swim every day,” Craig told TWP, but after his service, “it’s sometimes a struggle for him to get up.”

Meanwhile (and this is where Destiny begins to kick in), amateur drone photographer, Quavas Hart, decided to fly his drone around Hope Mills for some aerial footage of the half-submerged town, posting the photos to his Twitter and Instagram using the hashtags #HopeMills and #HurricaneMatthew.

It just so happened that Craig, over in Texas, came across one of the photos, which he sent to his trapped brother.

“At least it isn’t this bad,” Craig told Chris in an attempt to cheer him up—not realizing that one of the houses in the photo was actually Chris’s.

Once Chris enlightened his brother, Craig reached out to Hart via Twitter.

As Hart began to prep his boat, he noticed a FEMA boat nearby. Using his drone, Hart led them to Chris’s home, where the veteran (and his pup) were finally rescued. 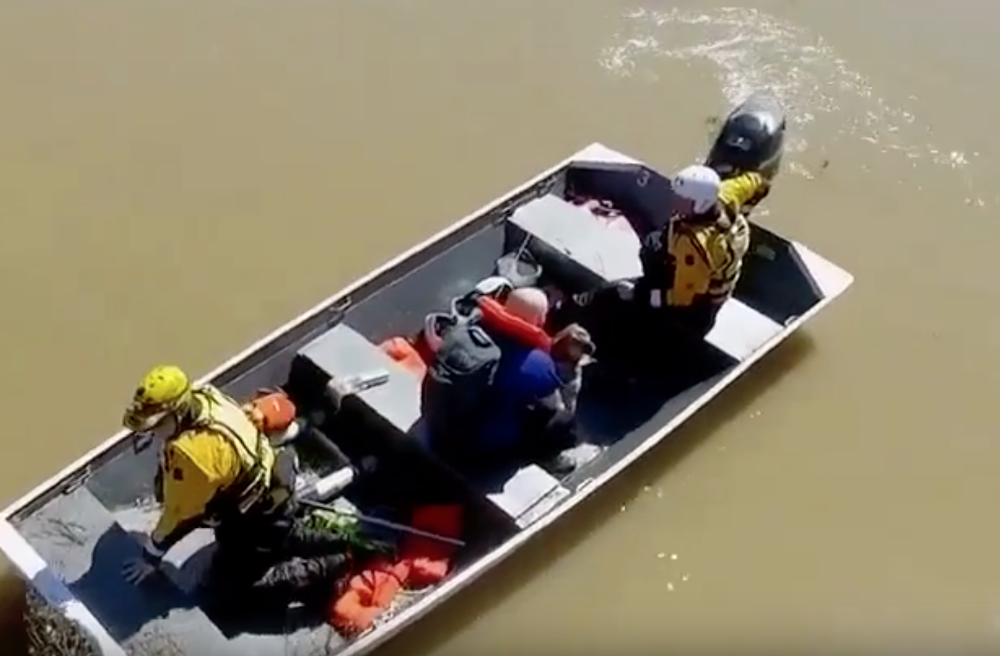 Hart (via his drone) captured the daring rescue.

Craig, who set up a GoFundMe page for his brother, later wrote: “[Chris] later told me he didn’t realize how being trapped had affected him until he reached shore and felt that relief I guess only soldiers feel when they get back from a mission with all their friends alive.”

Already, over $12,000 have been raised (in two days) to help Chris rebuild his home.