Cyclone Winston was the strongest storm ever to strike the Fiji Islands. Its winds and rain matched that of a Category 5 hurricane when it made landfall on February 20, making it the most intense tropical cyclone in the Southern Hemisphere—even stronger than Hurricane Katrina when it slammed into the Gulf Coast.

As the picture of devastation comes into focus, one thing is clear: Rebuilding the islands will be more complex than constructing new homes. Recovery teams will likely design solutions and rebuild infrastructure meant to withstand the reality that another devastating hurricane isn’t just a possibility but a probability. They must rebuild with urban resilience in mind.

When Hurricane Sandy hit New York and New Jersey on October 28, 2012, it covered nearly the entirety of Ellis Island with water and inundated the basement of the main immigration building, where a treasure trove of historic documents is stored.

The artifacts survived the storm, but in the weeks that followed, recovery crews realized the basement had become so wet, muggy, and moldy that everything had to be removed—and fast. The artifacts were relocated, and that’s when the real work began.

The recovery team identified $59 million of needed repairs and restoration. They also realized something crucial: Their solution had to repair the damage and rebuild a more resilient Ellis Island to prevent the same thing from happening again.

Building in Resilience. Resilience in this context is “the ability to prepare for and adapt to changing conditions, and withstand and recover rapidly from disruptions.” For civil and structural engineers, recovery used to simply be the work of rebuilding. Now, there’s more to it. 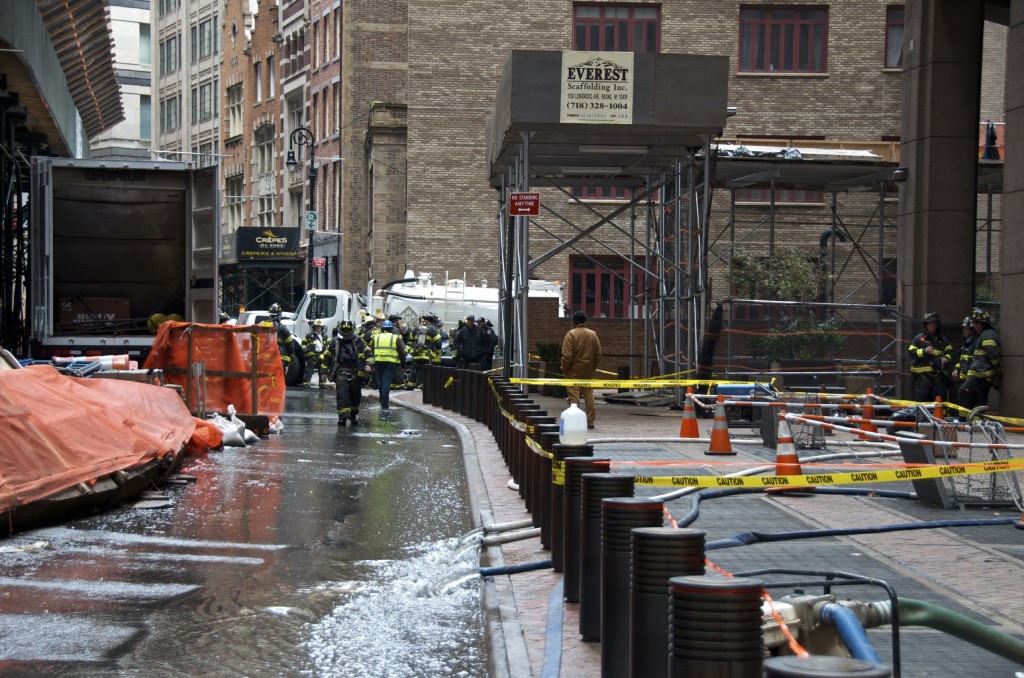 October 31, 2012: In the aftermath of Hurricane Sandy, work crews use  pumps to extract water from flooded basements of office buildings in the Lower Manhattan Financial District.

“In the past, it was human nature to build [a structure] the way it was before,” says Tim Hudson, Hurricane Sandy recovery manager for the National Park Service. “They’d say, ‘It used to be like this, and it’ll never happen again,’ but it probably will.”

The main immigration building at Ellis Island includes four towers constructed as natural convection cooling systems. Hot air would rise up, and cooler air would move in below, just like a chimney. In the 1980s, a mechanical HVAC system was installed. The four towers were filled with ductwork and lined with insulation. The central system and air dampers were installed in the basement.

But that modernization became a liability when Hurricane Sandy flooded the basement. Without power, the engines on the HVAC system stopped working. The air dampers were immovable. Air became trapped in the extensive ductwork, and the insulation inside collected moisture and bred mold.

Although plaster, floor coverings, and Sheetrock could be removed, Hudson and his team realized HVAC insulation was required. So the team ripped out the ductwork, removed all the insulation, and rebuilt it with the insulation on the outside. Next time a superstorm strikes, it will be an easy fix to remove the insulation—where mold grows—and leave the ductwork intact.

Next, Hudson’s recovery team assessed the damage to the electrical system. To move it out of the risk zone, the team measured the 100-year flood line and added another three feet to account for possible sea-level rise. The calculation meant all critical systems needed to be moved to the first floor. Luckily, the ceilings were high enough to construct a platform 14 feet above the floor, and move all key infrastructure there, leaving only the bare necessities in the basement.

“The only sacrificial piece is the air handlers,” Hudson says. “They are still in the basement. We couldn’t do it without making Ellis Island look horrible. They had to be placed below the ductwork in the towers. Otherwise, we’d have to tear up the main immigration building. We tried and tried to find a spot to get into each of those towers, and it just became untenable.” 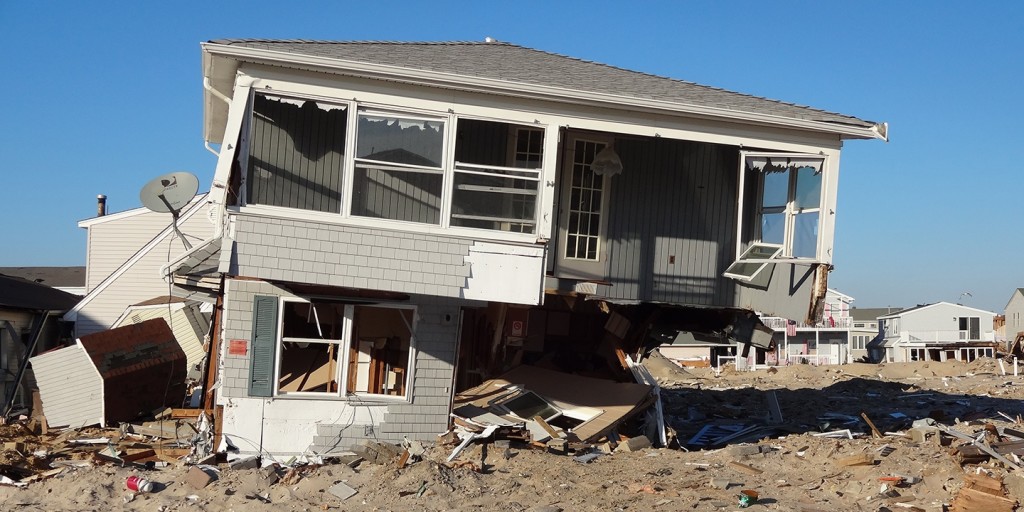 A New Model. A few decades ago, this recovery project would have looked much different. “The nexus between resilience and sustainability hadn’t really emerged until Hurricane Sandy,” says Mathew Francis, PE, an infrastructure resilience manager for AECOM and chair of American Society of Civil Engineers’ (ASCE) Critical Facilities Subcommittee of the Infrastructure Resilience Division.

“Before, sustainability was on a parallel track to resilience,” he continues. “But what happened in 2012 showed if you don’t consider destructive events in your sustainability plans, then all of it can be destroyed by one Hurricane Sandy. By the same means, if you’re planning for resilience but there’s no longer-term plans for sustainability, it will impact how well a community thrives.”

Civil engineers began incorporating resiliency into recovery efforts after the September 11 terrorist attacks. But Francis says Hurricane Sandy was the first time there was a large-scale disaster recovery plan that adopted a lifeline resilience model and incorporated sustainability in climate-change adaption for things like sea-level rise.

“Engineers need to be involved because they have the expertise of the structures and the hazards posed to these structures,” says Francis. “But it is forcing engineers out of their comfort zone to have these conversations because there is a need for communicating risk and being proactive with communities to understand their risk tolerances.”

The conversation can’t wait until disaster strikes, and Francis argues it should no longer be discussed on a project-by-project basis, but rather in consistent community planning to harmonize recovery performance goals and related infrastructure design needs. 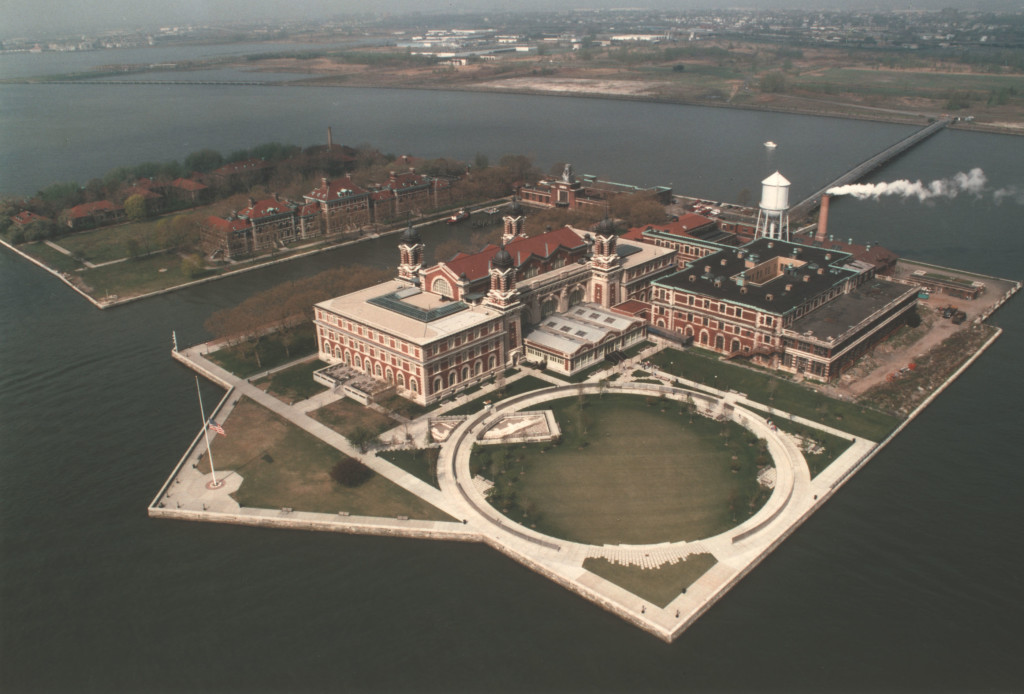 100 Resilient Cities. One way this is happening is through the Rockefeller Foundation’s 100 Resilient Cities program to create recovery plans and hire full-time Chief Resilience Officers. AECOM is also working with 100 Resilient Cities to develop strategies for the physical, social, and economic resilience challenges facing their communities. Sixty-seven cities worldwide have already been accepted into the challenge, with 33 more to be announced in May 2016.

Engineers are also adopting the use of spatial tools (such as Autodesk’s AutoCAD Map 3D and InfraWorks 360), rapid visualization, and real-time mapping during destructive events.

Resiliency is changing how recovery teams, civil engineers, and governments plan for the worst, while engaging with their communities so they can weather the storm together.

This blog originally appeared on lineshapespace.com/urban-resilience.