NASA’s James Webb Space Telescope sports some heavy-duty space instruments that can quickly drive up the temperature. How will the telescope shed all that extra heat? Turns out “baffles” are the answer.

In an effort to keep heat way from the science equipment, a separate compartment underneath the ISIM holds the electronics used to power and operate the instruments. Specially designed baffles safely channel the excess warmth, which act as mirrors as they reflect the heat (infrared radiation) in a specific direction away from the observatory’s cold surfaces.

“Gold has a very high reflectivity in the infrared spectrum range, so it is ideal for directing heat,” says Matthew Stephens, Webb mechanical systems engineer at NASA’s Goddard Space Flight Center in Greenbelt, Md. “This is the same reason all of the primary, secondary, and tertiary mirrors are gold-coated.”

The image below shows engineers reinstalling the baffles. The clear plastic sheets will ward off contaminants as the system completes its integration and testing phases.

According to NASA, the James Webb Space Telescope “will study every phase in the history of our universe, ranging from the first luminous glows after the Big Bang, to the formation of solar systems capable of supporting life on planets like Earth, to the evolution of our own solar system.”

It will serve as the premier observatory over the next decade, aiding thousands of astronomers across the globe. Webb currently has a 2020 launch date. 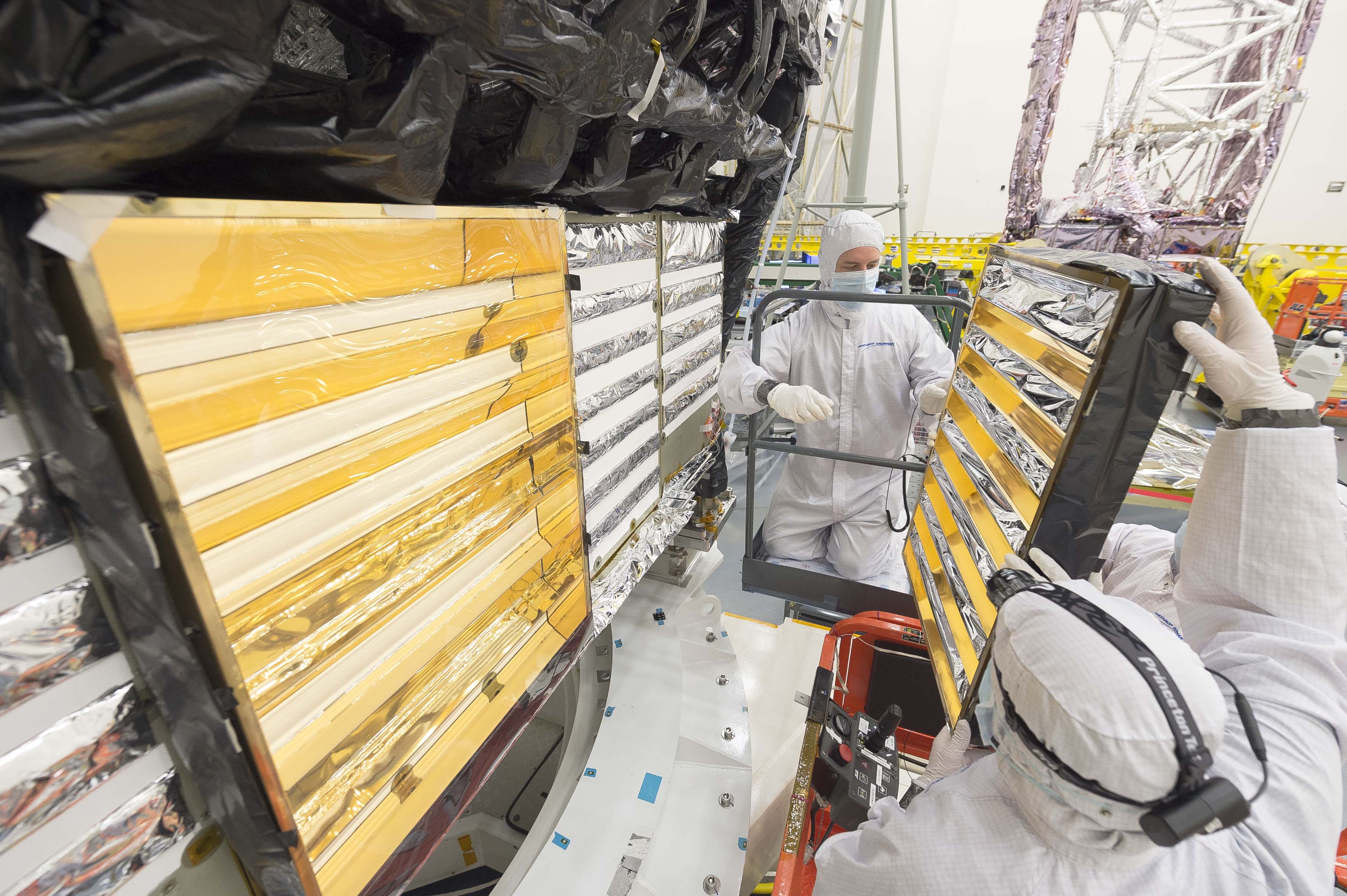