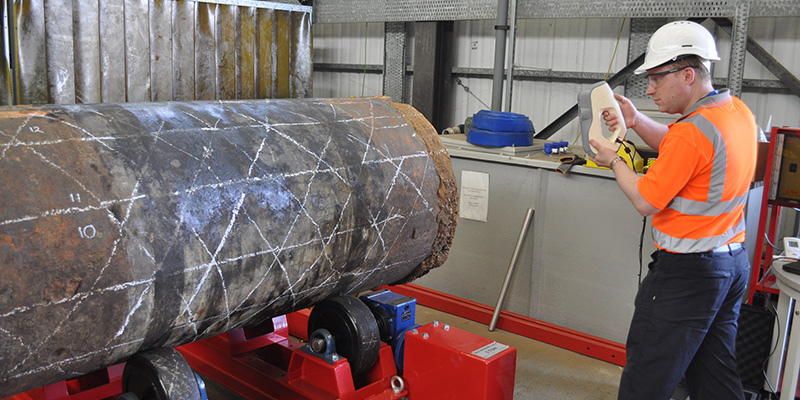 Thames Water is the UK’s largest water and wastewater services provider with over 15 million customers, and as part of their business they deliver an average of 2.6 million liters of drinking water every day.

Thames Water’s cast iron water mains in many areas of London and the Thames Valley are among the oldest in the UK, and many of them are wearing out. Their staff has been working hard to replace the smaller distribution mains over the past 15 years, but now the larger trunk mains are of growing concern. A burst in just one of the trunk mains can leave thousands of customers without water, cause major flooding, and disrupt transport routes.

Dr Tim Evans, water network innovation manager, explains how new technology is paving the way for a more sustainable replacement approach. “It’s costly to replace pipes, so we need to prioritize the riskiest ones,” he said. “A big challenge with cast iron is that it corrodes unevenly and the corrosion is very hard to detect. Traditionally we’ve assessed the condition of a water main by cutting out a short length of pipe, sand-blasting it to remove the corrosion, then measuring the resulting craters by hand. But taking pipe cut-outs is disruptive for customers and road users, and expensive for Thames Water.

“To remove the need for pipe cut-outs we’ve started to use non-destructive testing (NDT) technology, such as ultrasound; it’s similar to pregnancy scans, except we’re looking for corrosion instead of babies! The aim is to be able to send a device into a water main that will gather NDT condition data all along it, not just in short excavations.” 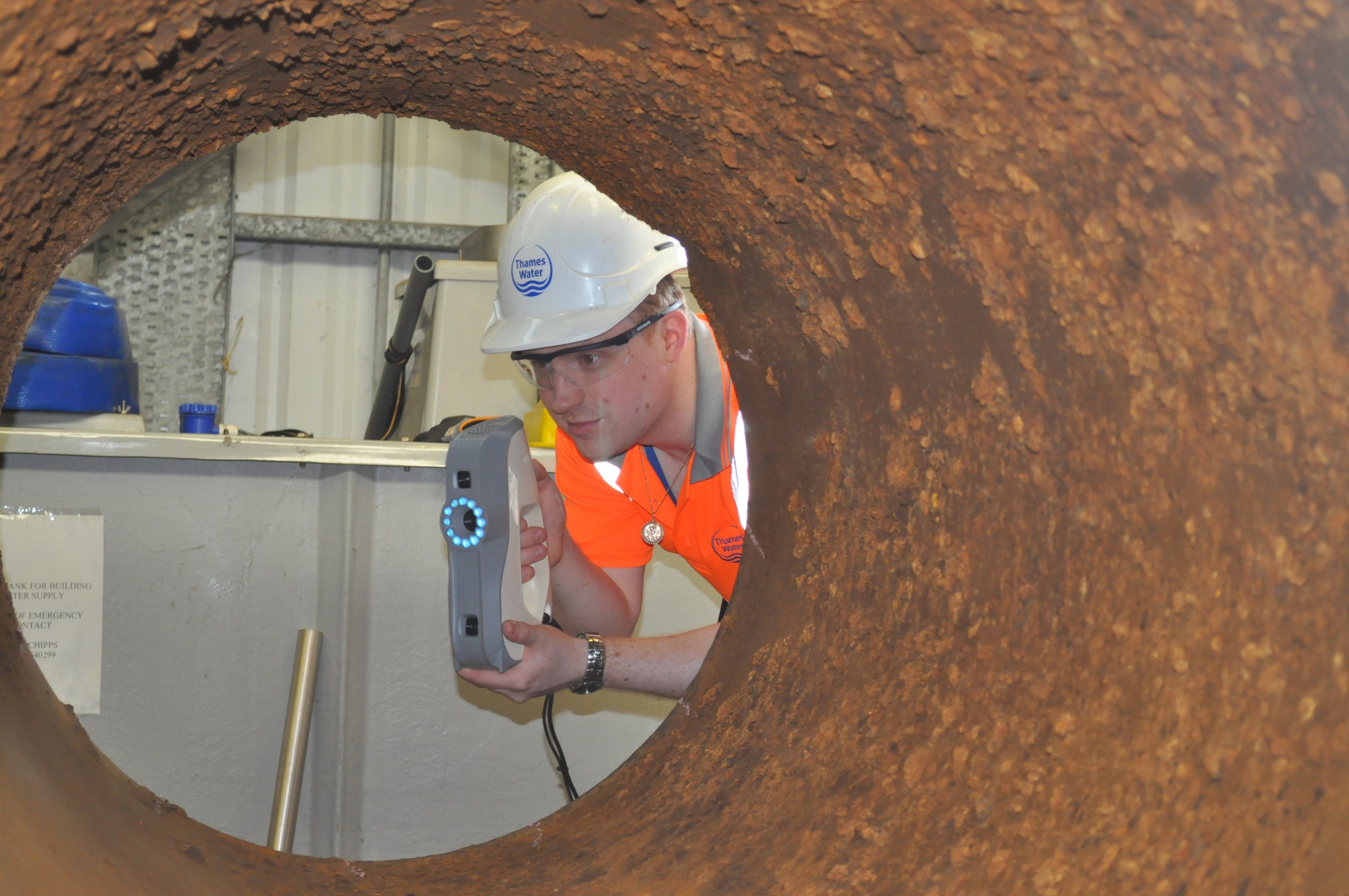 Surface scanners help Thames Water understand what different NDT tools can measure, and a Konica-Minolta Vivid system had been used to map corrosion in small diameter (4-8”) pipes. However, such a system is inappropriate for pipes over 18” diameter.

For large pipes a handheld scanner is needed and Thames Water appraised market offerings inviting various suppliers to demonstrate their equipment. Following up on a first demonstration Patrick Thorn & Co., Thames Water’s local Artec specialist, worked with the company to scan a large pipe section so they could confirm that the Artec Eva delivered the essential performance they required.

They concluded the Eva would offer the most cost effective option to meet their requirements. Following the purchase of an Eva, Patrick also assisted the staff working with the scanner with comprehensive training in the use of the system and acquiring additional software through which they can perform more detailed analysis of data from the Eva.

Since delivery of the Eva, Alex Rainer, working on a research project between Thames Water and the University of Surrey, has been developing an appropriate methodology, combining the Eva and its software, visual texture added to the pipe and a motorised pipe rotator, so reliable 3D models of the pipes can be built.

Artec Studio 10.1, the recently updated system software, has increased the robustness of making the mesh by improved texture tracking whilst recording data. It also uses more of the multi-core capability of our PC workstation so the raw data processing is completed in a significantly shorter time. Comparing the models from before and after corrosion is removed from the pipe enables corrosion levels to be mapped to a good level of accuracy. The corrosion mapping provided by the Eva will be used as a baseline against which the effectiveness of different non-destructive approaches can be gauged.