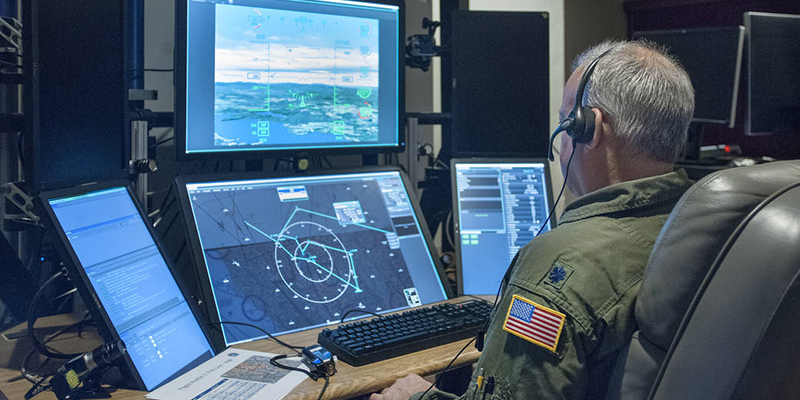 When detect-and-avoid systems notify the pilot that other traffic is too close, he uses a command and control interface to maneuver the aircraft into a safer trajectory. The pilot is connected with a communication head-set where he interacts with air traffic control similar to present-day operations.

The RTCA is a public-private partnership that provides the Federal Aviation Administration comprehensive, industry-vetted recommendations about critical aviation modernization issues.

The meeting focused on reviewing the latest simulation and testing activities from the various contributing organizations to develop detect-and-avoid requirements and command and control link guidelines.

“Detect-and-avoid standards are important because the ability for unmanned aircraft to ‘remain well-clear’ of other aircraft is an important layer in the overall set of methods designed for safe operations in the National Airspace System,” said Confesor Santiago, co-project engineer of the detect-and-avoid sub-team of the NASA UAS Integration into the NAS project at Ames.

The RTCA recommendations on final standards are expected in 2016.