Keeping cleanrooms clean has always required buying massive amounts of energy to operate fans and heating, ventilating and air-conditioning systems, but it doesn’t have to be that way. Engineering science has strategies that can reduce cleanroom energy requirements without compromising clean standards.

These strategies will reduce the cost of operating most cleanrooms—most but not all. While all cleanrooms create a miniature environment for manufacturing, a few cleanrooms must meet the highest standards.

Many cleanrooms filter air into a lightweight structure draped by a plastic curtain. As clean standards rise, cleanrooms become more sophisticated. At the high end are cleanrooms designed for tasks such as making semiconductor, pharmaceutical, and medical devices. These sophisticated installations must meet the highest of cleanroom standards.

However, the majority of cleanrooms only need to meet lower standards. These cleanrooms can significantly reduce energy and maintenance costs by incorporating some or all of the following four strategies:

The precise combination of these strategies will vary from one facility to another.

A cleanroom designed to meet low to moderate standards of cleanliness typically uses fan filter units to draw air into the room from the outside, filtering out contaminants, circulating air inside the room and changing the air.

DC fan filter units do cost more than AC units, but in a new installation, the savings will repay the extra cost in a reasonable time. However, retrofitting a working AC installation with DC units probably won’t offer a satisfactory payback.

A cleanroom in need of a major overhaul could be switched to DC and earn a satisfactory payback, but that would essentially be building a new cleanroom. On the other hand, turning down the cleanroom might enable a retrofit strategy to work.

What Does It Mean to Turn Down the Cleanroom?

Turning down a cleanroom means reducing the frequency of air changes in that room. When fan filter units change the air in the room, they pull the existing air out of the room along with any contaminating particles that may have infiltrated as workers open and close the door, coming and going. Then the units refill the room with clean, freshly filtered air. The more frequently air is changed per hour, the cleaner the cleanroom.

The International Organization for Standardization (ISO) rates cleanrooms on a scale of 1 through 9, with ISO-1 having the fewest particles per cubic foot and ISO-9 having the most. Different cleanroom uses require different ISO standards. These in turn correspond to differing numbers of air changes per hour to produce. 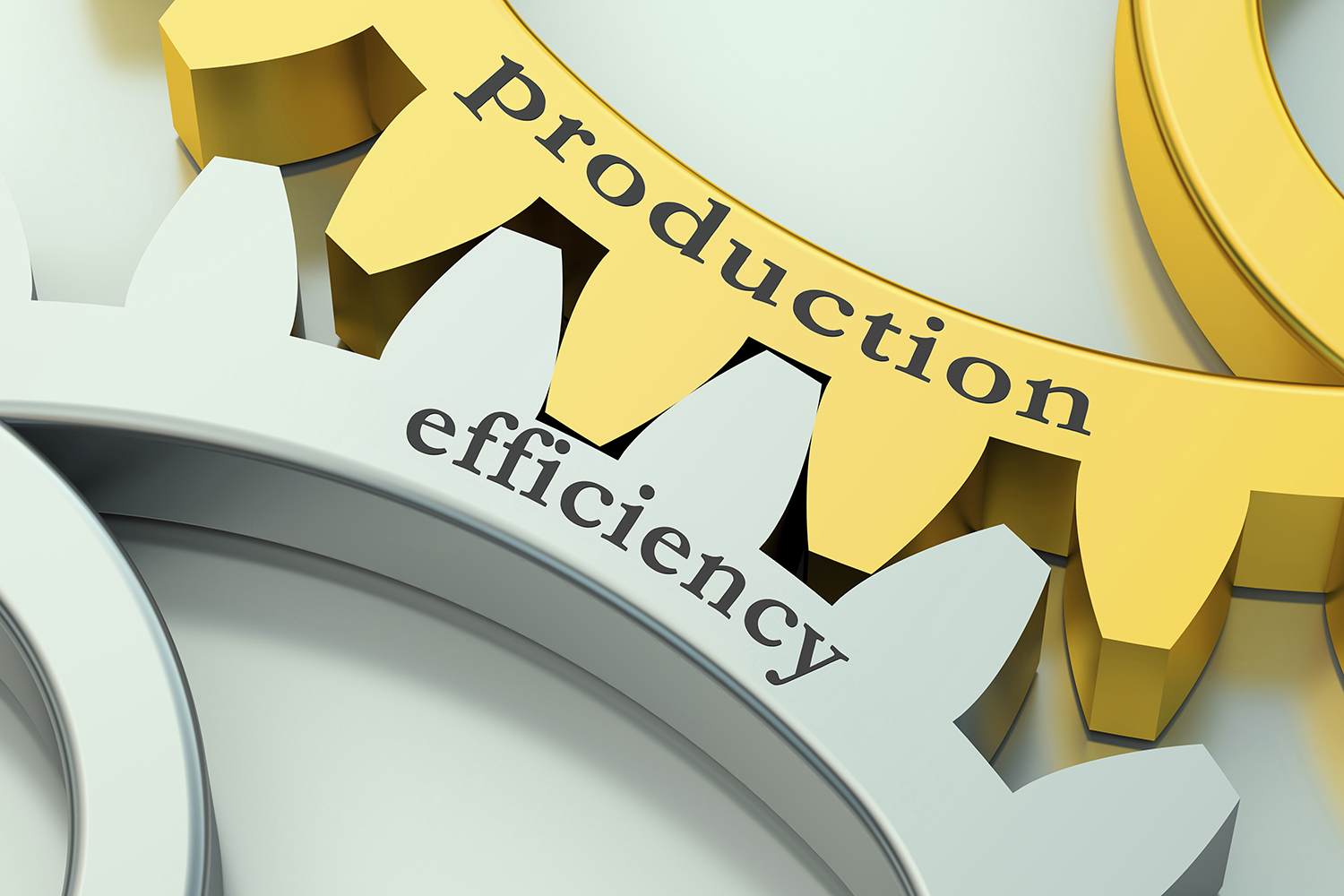 Industry norms typically have a large margin for error. One industry’s norm for ISO-6 might actually create an ISO-4, given the margin of error and the environment in which the cleanroom is constructed.

Cleanroom standards regularly call for particle counts. If the counts consistently come up lower than the standard — and there is a reasonably good chance that they will— it may be possible to reduce the number of air changes. That can create a dramatic savings — perhaps enough to cover the cost of replacing AC fan filter units with DC units, yielding a quick payback and, as a result, saving even more with the more efficient DC motors.

Some cleanrooms don’t operate on nights and weekends. In such cases, the cleanroom can operate in a turned down mode, as in the following example.

A 4,000-sq.-ft. ISO 7 cleanroom with 20 percent of the ceiling covered with fan filter units would require 100 units. Now suppose that the room stands vacant during nights and weekends. This would account for about 40 percent of the time. A system of programmable DC motor fan filter units could be set to shut down 50 percent of the units during the 40% of time when no one is using the room. At an electric rate of $0.10 per kWh, the turndown would save $19,355 per year. Besides saving energy, the technique would reduce wear and tear on the fan filter units, extending their useful lives.

Design That Compensates for Operational Factors

First, many leaders requesting cleanroom are new to the concept. They first have to learn best cleanroom practices and then train employees to follow those practices. As new employees arrive, they too must undergo training, which can be an expensive proposition. However, cutting back on training not only raises cleanroom costs, it risks the quality of products being manufactured.

The second reality is that cleanrooms have production goals. Falling behind on unrealistic goals can sometimes lead managers to compromise procedures in ways that can increase contamination.

To some extent, engineers who are aware of these factors can compensate with design techniques.

The location of the cleanroom in a facility is important. Manufacturing plants build up dirt and contaminating materials. The cleanest possible location is always the best choice.

Cleanroom design can also adjust the level of positive pressurization in the cleanroom. Creating higher pressure, of course, means raising energy costs, so it shouldn’t be overdone. Nevertheless, the level should be high enough to prevent contamination when the door opens and when it stays open longer than it should.

Entrance designs for cleanrooms contain double entries to help prevent contamination and provide an efficient and controlled step down in pressurization. The door from the outside leads into a gowning room where workers don smocks, booties, headwear, masks and gloves. Sticky floor mats can grab and hold particles on the soles of shoes. Free-floating particles might waft into the cleanroom when the inner door opens.

A mirror can help ensure the gowning process. When the mirror is mounted adjacent to the inner door, workers can confirm that they have covered up completely.

Other gowning room standards govern procedures for bringing equipment or materials into the cleanroom, such as wiping down equipment to remove particles. Certain materials, such corrugated containers, shed particles and should be kept out of cleanrooms.

While design is important to controlling costs and ensuring cleanroom environments, operational procedures designed to prevent contamination ensure that the equipment can do its job effectively. That means training employees rigorously in proper procedures, strict management and, perhaps most importantly, reasonable production goals that won’t incur the risk compromising procedures.

Policing the energy budget is a never ending chore, but cost savings are possible wherever a cleanroom facility can be designed to consume energy smartly and when system managers can schedule the use of air exchange technology to match but not exceed industry standards.