Despite its unassuming appearance, the edge-on spiral galaxy captured in the left half of this NASA/ESA Hubble Space Telescope image is actually quite remarkable.

Located about one billion light-years away in the constellation of Eridanus, this striking galaxy—known as LO95 0313-192—has a spiral shape similar to that of the Milky Way. It has a large central bulge, and arms speckled with brightly glowing gas mottled by thick lanes of dark dust. Its companion, sitting in the right of the frame, is known rather unpoetically as [LOY2001] J031549.8-190623.

Jets, outbursts of superheated gas moving at close to the speed of light, have long been associated with the cores of giant elliptical galaxies, and galaxies in the process of merging. However, in an unexpected discovery, astronomers found LO95 0313-192, even though it is a spiral galaxy, to have intense radio jets spewing out from its center. The galaxy appears to have two more regions that are also strongly emitting in the radio part of the spectrum, making it even rarer still.

The discovery of these giant jets in 2003—not visible in this image, but indicated in this earlier Hubble composite—has been followed by the unearthing of a further three spiral galaxies containing radio-emitting jets in recent years. This growing class of unusual spirals continues to raise significant questions about how jets are produced within galaxies, and how they are thrown out into the cosmos. 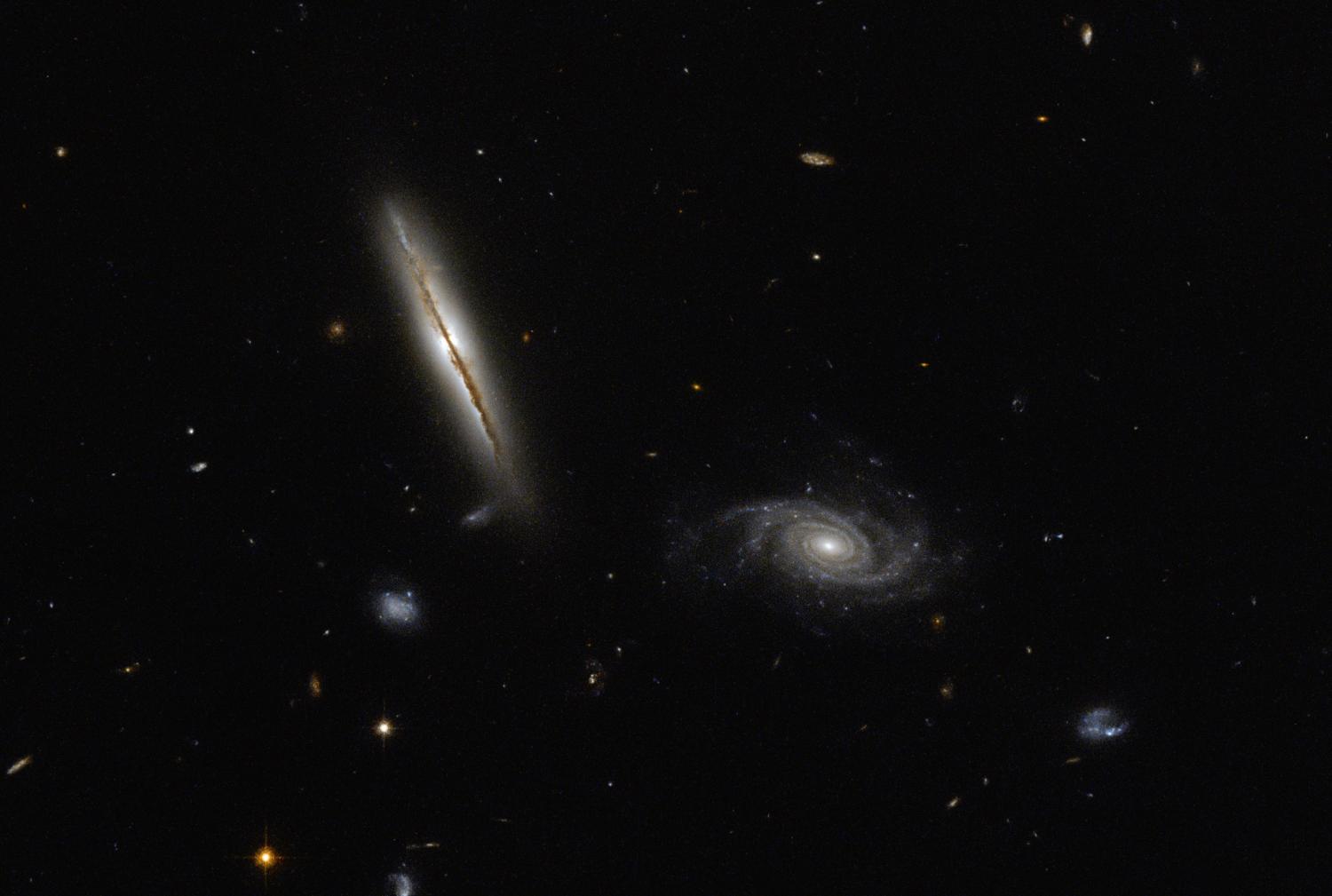