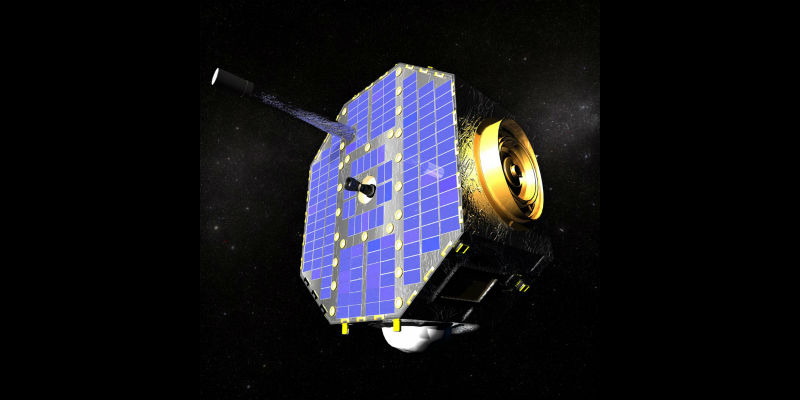 An artist’s rendition of NASA’s Interstellar Boundary Explorer, or IBEX, in space, where it collects observations of the boundaries of our solar system. Credits: NASA

IBEX uses energetic neutral atom imaging to examine how our heliosphere, the magnetic bubble in which our sun and planets reside, interacts with interstellar space. IBEX created the first global maps showing these interactions and how they change over time. IBEX also directly measures interstellar neutral atoms flowing into the solar system; the journal’s special issue focuses on these particles.

“Over the past six years, this fundamental work focused on our place in the solar system has become the gold standard for understanding our sun, our heliosphere and the interstellar environment around us,” said David McComas, principal investigator of the IBEX mission at the Southwest Research Institute, or SwRI, in San Antonio, Texas.

Eight papers highlight the interstellar helium measurements taken by IBEX and the joint European Space Agency and NASA Ulysses spacecraft, which launched in 1990. These are the only two spacecraft to have directly measured the local interstellar flow of these helium atoms.

The studies resolved an inconsistency in the direction and temperature of the interstellar flow in the data gathered by Ulysses compared to those taken by IBEX.

Both data sets now affirm that the local interstellar flow is significantly hotter than believed previously based on the Ulysses observations alone, and provide insight into the direction the heliosphere is moving through the local material in the galaxy, as well as how fast it is traveling.

Two papers examine aspects of determining the composition of interstellar particles, looking closely at oxygen, helium, and neon, as well as how those and other particles are effectively measured.

The final four papers discuss analysis techniques and related theoretical considerations, such as the effects of radiation pressure and how planetary gravity affects the course of neutral atoms as they travel through the heliosphere.

“Collectively, these papers represent a huge step forward in our understanding of the interstellar medium in the heliophysics community,” said McComas.

Initially a two-year mission, funding for IBEX has been extended through 2017, with the potential for mission extensions beyond that. IBEX is one of NASA’s series of low-cost, rapidly developed Heliophysics Small Explorer space missions.

“For a Small Explorer, the scientific output has been tremendous,” said Eric Christian, IBEX mission scientist at NASA’s Goddard Space Flight Center in Greenbelt, Maryland. “These 14 new papers seven years after launch show just how exciting a mission this is.”

The Southwest Research Institute in San Antonio, Texas, leads IBEX with teams of national and international partners. NASA Goddard manages the Explorers Program for the agency’s Heliophysics Division within the Science Mission Directorate in Washington.