This first-light image from the miniature HyperScout instrument aboard ESA’s newly launched GomX-4B CubeSat, shows the southern coast of Cuba.

GomX-4B, launched with partner nanosatellite GomX-4A on 2 February, is a multi-technology demonstration mission that is testing intersatellite radio links and micro-propulsion technologies , as well as this hyperspectral imager, developed by cosine Research in the Netherlands.

Colour equals information, so the more spectral bands an Earth-observing instrument sees, the greater quantity of environmental findings can be returned to its homeworld.

“This is a single image with a footprint of approximately 200 x 150 sq. km where each horizontal line shows the scene in a different spectral band, proving the overall functioning chain of the HyperScout works as planned – from acquisition to compression and downlink to the ground.”

Marco Esposito of cosine Research adds: “This is very much a raw image, including atmospheric and solar effects that would normally be corrected as part of the full calibration and processing chain. It has also has undergone compression and pixel ‘binning’ to fit the limited satellite power and memory resources available during commissioning. But the amount of light captured here exceeds our expectations, suggesting a very promising signal-to-noise ratio is achievable for hyperspectral applications.

HyperScout is a ‘linear variable filter’ instrument, meaning each horizontal line of pixels it observes is seen at a different wavelength from 400 to 1000 nanometres, with the onward movement of the satellite allowing the rapid build-up of a complete hyperspectral image.

The instrument will target specific regions across the globe, intended to highlight rapid changes such as flooding, fire hazards, or variations in vegetation, or land cover and use occurring between acquisitions. 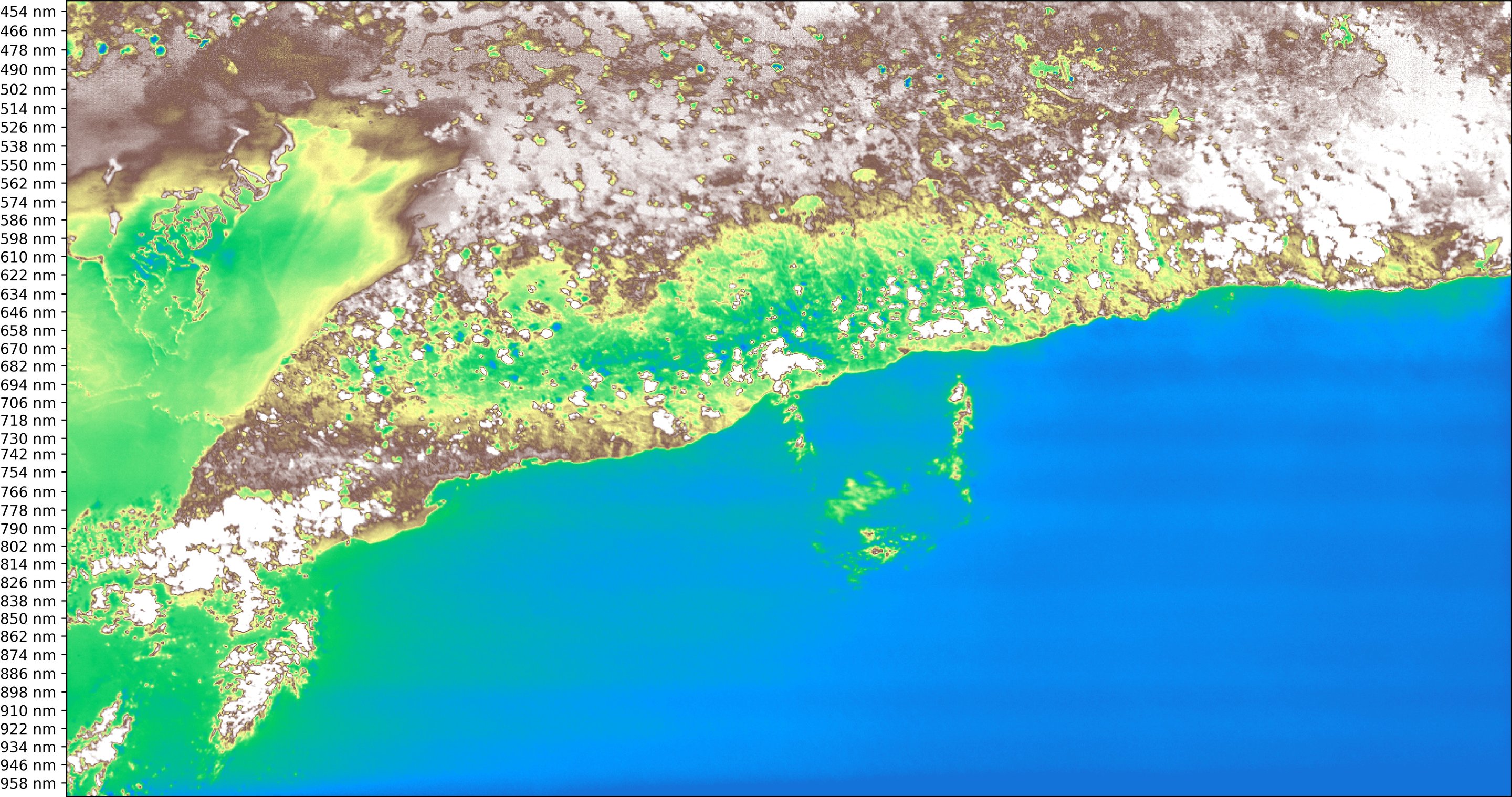