NASA engineers closed a summer of successful hot fire testing Aug. 30 for flight controllers on RS-25 engines that will help power the new Space Launch System (SLS) rocket, being built to carry astronauts to deep-space destinations, including Mars. The space agency capped off summer testing with a 500-second hot fire of a fifth RS-25 engine flight controller unit on the A-1 Test Stand at Stennis Space Center near Bay St. Louis, Mississippi. The controller serves as the “brain” of the engine, communicating with SLS flight computers to ensure engines are performing at needed levels. The test marked another step toward the nation’s return to human deep-space exploration missions.

Each SLS rocket is powered at launch by four RS-25 engines firing simultaneously and working in conjunction with a pair of solid rocket boosters. The engines generate a combined 2 million pounds of thrust at liftoff. With the boosters, total thrust at liftoff will exceed 8 million pounds. The RS-25 engines designated for use on the initial SLS missions are former space shuttle main engines, modified to provide the additional power needed for the larger, heavier SLS rocket. The new flight controllers are a critical component of the engine modification.

During tests, the controllers are installed on a developmental RS-25 engine, which is then fired in the same manner and for the same amount of time that will be needed during an SLS launch. In addition to tests of actual flight controllers, NASA also conducted hot fires of controller prototypes at Stennis to collect valuable development data for prime contractor Aerojet Rocketdyne and subcontractor Honeywell. 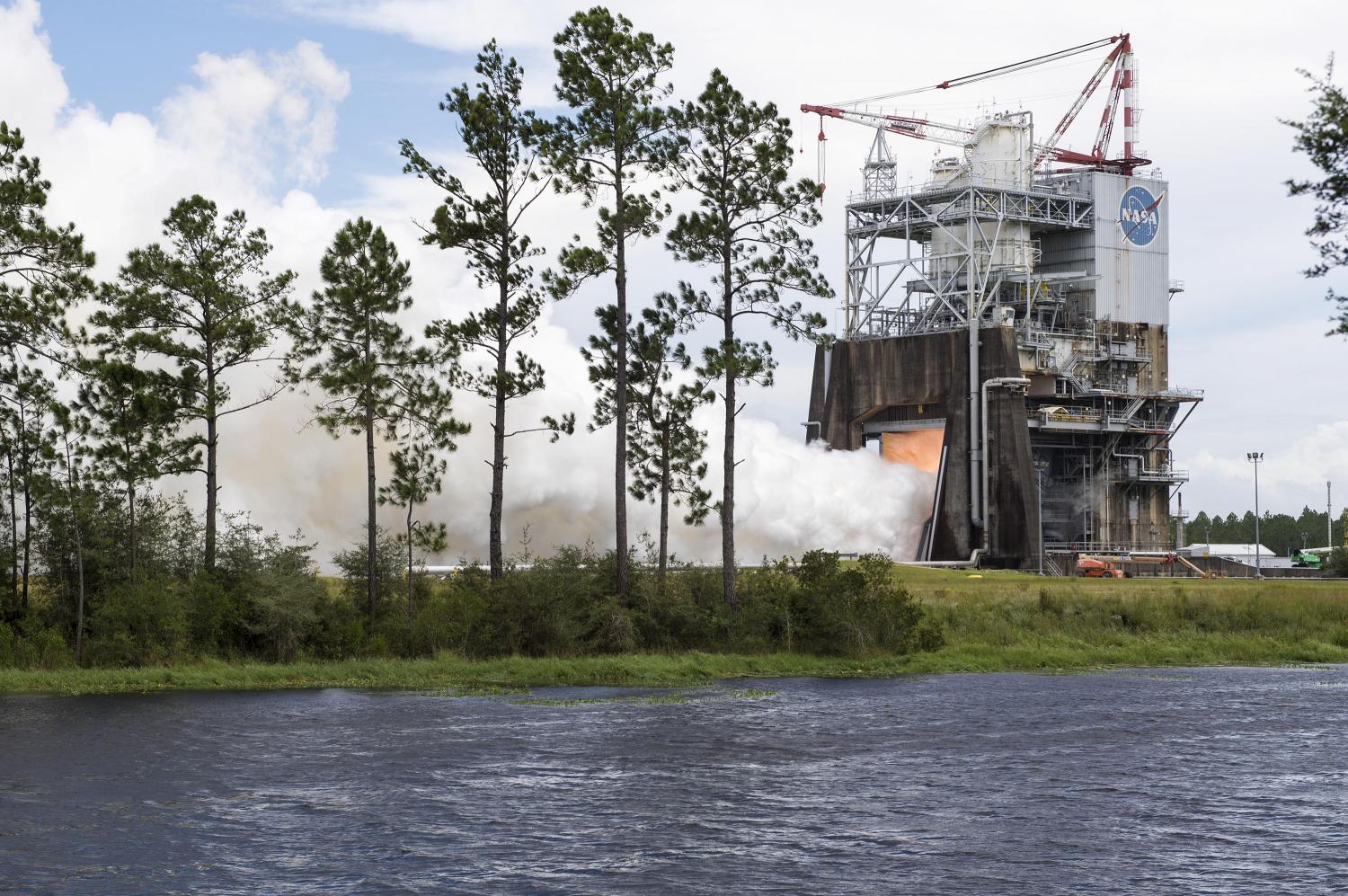