The Advanced Rapid Imaging and Analysis (ARIA) team at NASA’s Jet Propulsion Laboratory and at Caltech, both in Pasadena, California, created a damage proxy map depicting areas in Northern California that are likely damaged as a result of the region’s current outbreak of wildfires. The map has been provided to various agencies to aid in the wildfire response.

The map is derived from synthetic aperture radar (SAR) images taken before and after this month’s northern California fires by the Copernicus Sentinel-1 satellites, operated by ESA (the European Space Agency). The “before” image was taken on Sept. 27, 2017, and the later image on Oct. 9, 2017. Both images were taken at 7 p.m. PDT (10 p.m. EDT).

The damage proxy map covers the full area within the large red polygon at the bottom and measures 155 by 106 miles (250 by 170 kilometers). The inset figure at the top shows a small part of the map covering damage in the city of Santa Rosa, indicated by red and yellow pixels. Each pixel measures about 98 feet (30 meters) across. The color variation from yellow to red indicates increasingly more significant ground surface change. Preliminary validation was done by comparing the map to optical satellite imagery from DigitalGlobe. This damage proxy map should be used as guidance to identify damaged areas and may be less reliable over vegetated areas.

Sentinel-1 data were accessed through the Copernicus Open Access Hub. The image contains modified Copernicus Sentinel data (2017), processed by ESA and analyzed by the NASA-JPL/Caltech ARIA team. This research was carried out at JPL under a contract with NASA. 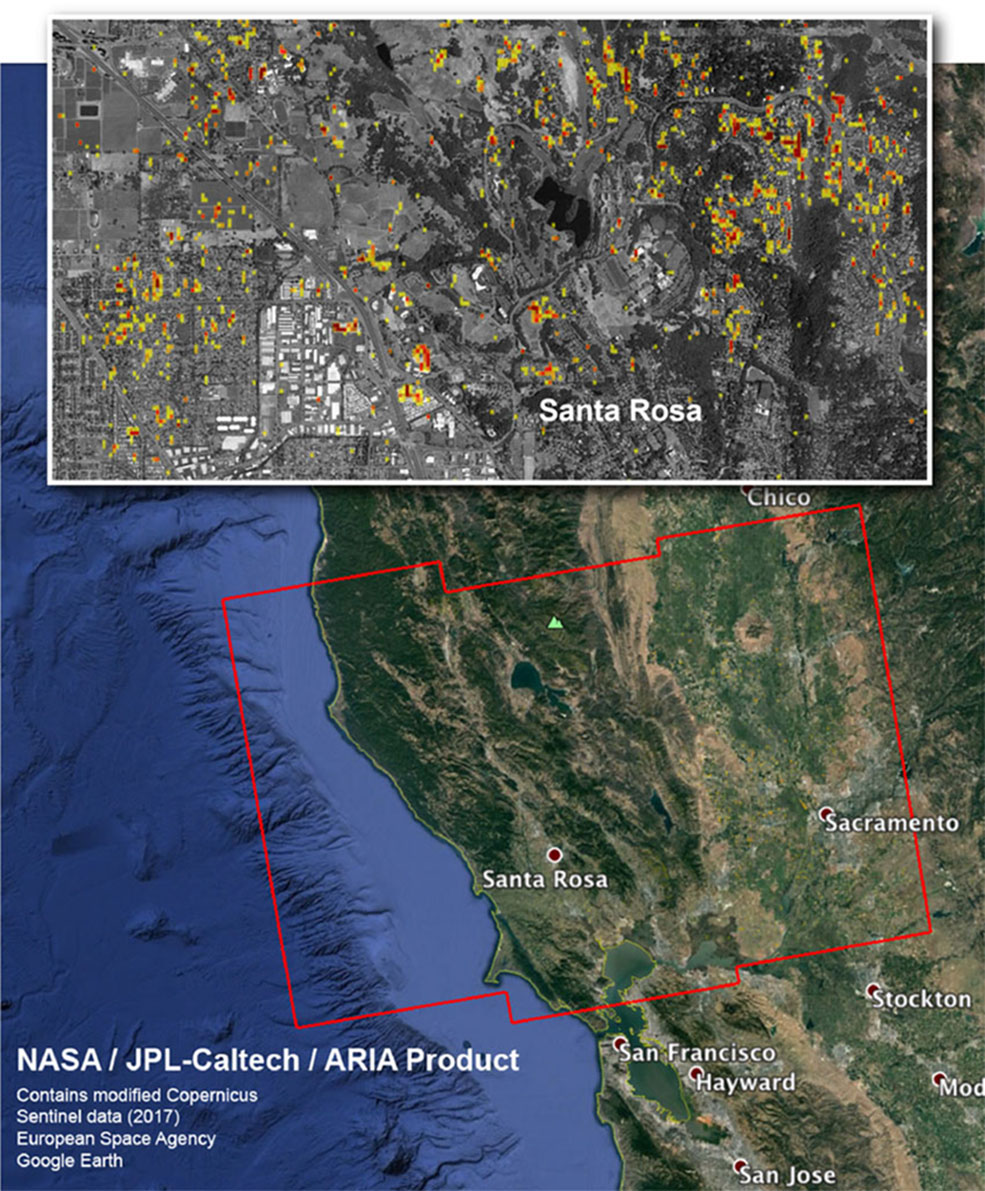 The image at top is part of a larger map of damage (red and yellow squares) from the northern California wildfires. This section of the map shows Santa Rosa, California. The full map covers the entire area outlined in red at bottom. (Image Credit: NASA-JPL)