Saturn’s graceful lanes of orbiting ice—its iconic rings—wind their way around the planet to pass beyond the horizon in this view from NASA’s Cassini spacecraft. And diminutive Pandora, scarcely larger than a pixel here, can be seen orbiting just beyond the F ring in this image.

Also in this image is the gap between Saturn’s cloud tops and its innermost D ring through which Cassini would pass 22 times before ending its mission in spectacular fashion in Sept. 15, 2017. Scientists scoured images of this region, particularly those taken at the high phase (spacecraft-ring-Sun) angles, looking for material that might pose a hazard to the spacecraft.

This view looks toward the sunlit side of the rings from about 19 degrees above the ringplane. The image was taken in green light with the Cassini spacecraft wide-angle camera on Aug. 12, 2017. Pandora was brightened by a factor of 2 to increase its visibility. 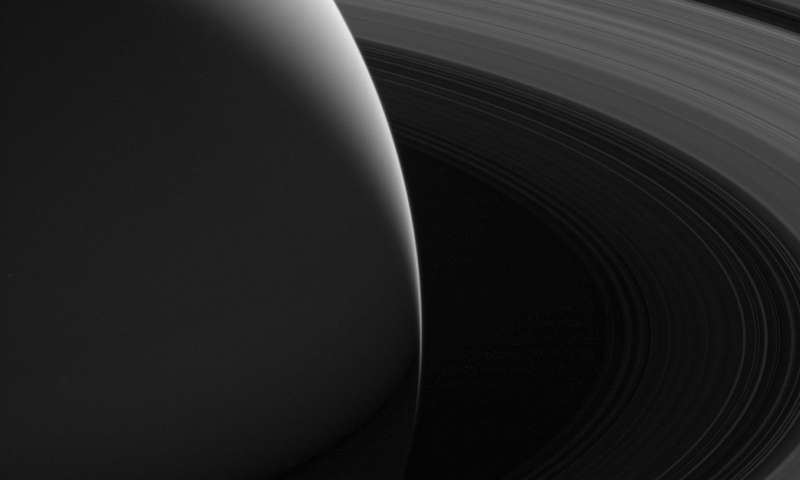