The smartphone and the portable device have turned everyone into a photographer, with the Internet as their willing publisher. Online channels such as social media, auction sites and all manner of Internet-based businesses are hungry consumers of digital stills and video.

The ease with which images and video can be captured, edited and shared immediately, directly from the handset, mean the smartphone camera is the chosen tool for a wide variety of users. These range from Instagrammers capturing their “moments”, to vloggers or Viners seeking cyberfame, artists showcasing their talents, or sellers marketing their merchandise. A good-quality camera (or two) is now an essential feature that determines the success of any new smartphones, tablets, notebooks, and wearables model.

With growing reliance on smartphone and portable device cameras, users are increasingly demanding better photography experiences. They can easily compare the quality of their pictures with those of peers, and any perceived deficiency can be punished by choosing a different brand at the next upgrade opportunity.

Capturing good-quality images does not depend on sensor megapixels alone, and today’s budding photographers are looking for features that will help to capture crisp, shake-free images, with unerringly accurate autofocus, and at the precise time the moment happens – rather than half a second afterwards by the time the camera has focused and calculated its settings ready to take the shot.

Improving the User Experience AND Performance

Fast autofocus (AF) and optical image stabilization (OIS) are examples of key features that support the demand for better images achieved more easily, and are projected to see significant growth over the next few years.

Another important trend is the adoption of dual cameras or twin-camera modules that are capable of recording depth information to support 3D photography. Dual-camera capability allows a number of additional performance enhancements, such as high-speed electrical zoom, fast re-focus, and enhanced image quality. The anticipated popularity of dual-camera handsets will be partly responsible for the predicted growth in CL-AF volumes.

The emergence of these new opportunities presents smartphone designers with a familiar challenge: to squeeze extra, high-value features into familiar form factors. With other handset features, as well as the battery, also competing for space inside the enclosure, innovative chip integration holds the key to delivering built-in cameras that offer the high performance and rich functionality uses are demanding, using fewer components that occupy less board space than earlier implementations. 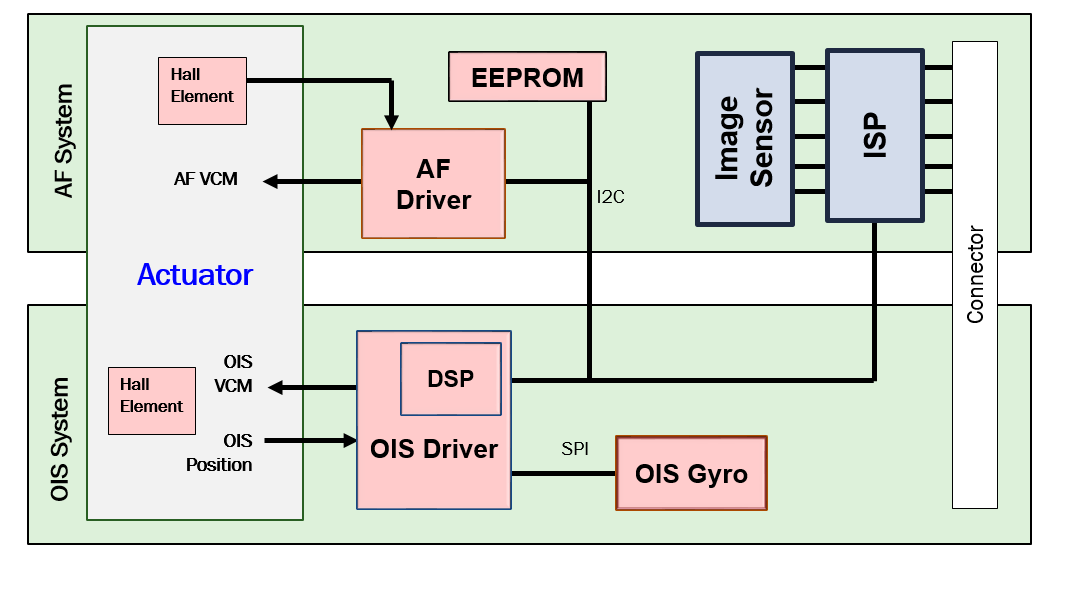 Current State of the OIS Art

This delivers several advantages, such as simplifying software by enabling the use of commands such as “OIS Enable”. Moreover, integration of actuators from different manufacturers is made easier since there is no need for extensive customisation. Parameter adjustment is also easier, and system wake-up can be accelerated.

Faster wake-up is achieved by taking advantage of program and data Flash integrated on-chip in the LC898123. This saves the time usually taken to download firmware to the OIS when the camera is powered on. This typically takes about 100 milliseconds. The LC898123 completely eliminates this delay from the camera power-up sequence. All programs, including many primitive instructions for the OIS control, are written to the on-chip Flash once, at manufacture, and stored locally to the OIS for the life of the handset.

Desirable characteristics of CL-AF are smooth movement, fast settling time, and reliable acquisition of infinity position. One company has prioritized these attributes in Autofocus (CL-AF) ICs such as the LC898212. Performance is demonstrably superior to that of existing AF controllers in the market, as figure 3 shows. The diagram contrasts the ideally-damped motion achieved using the LC898212 against the overshoot and extended settling time typical of older AF drivers. 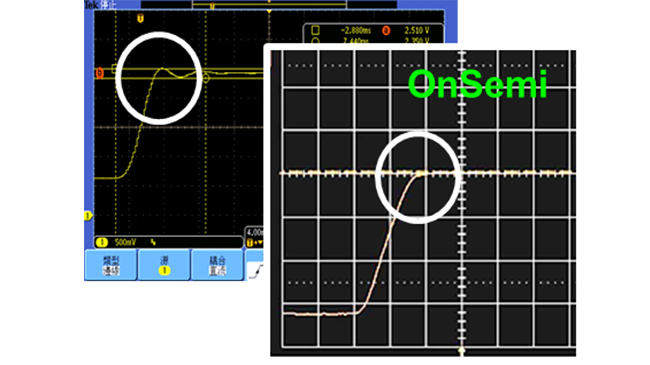 Figure 3. Fast and smooth motion in the latest generation of AF drivers.

The LC898217, which is entering mass production now, integrates CL-AF + EEPROM in a single chip. This gives designers the freedom to select an external Hall sensor to complete the AF function. Other devices, such as the LC898214 enable an alternative approach by combining the AF controller, EEPROM and Hall sensor in a single chip. There is currently a viable roadmap for both types of devices, depending on the intended market positioning of the handset.

The implementation of OIS, CL-AF and GIS functions in smartphone cameras will continue to advance quickly in the coming two to three years. The dual-camera market is expected to grow quickly, from about 6percent of the high-end handset market in 2015 to over 50percent by 2018. Dual-camera handsets present opportunities for various combinations of OIS and AF functionality depending on the application. These could include closed-loop AF for both cameras (CL-AF+CL-AF), or a combination of closed-loop and open-loop (OP-AF+CL-AF), and OIS with one or both cameras (CL-AF+OIS, OP-AF+OIS, OIS+OIS).

As with any modern electronic device, greater chip integration is a key pillar of future development for smartphone and portable device cameras. However, it is not the single point of focus. Innovations to ensure smoother and faster autofocus, advanced dual-camera functionality, each have an important bearing on the user experience, and will therefore be critical to the delivery of differentiating features for the smartphones of the near future.