HEIDENHAIN’s latest version of the PC-based QUADRA-CHEK metrology software provides advanced functionality for quality control inspection measurement machines. Named the QUADRA-CHEK IK 5000, this release of version 3.0.0 software has made a number of improvements which makes it possible to conveniently perform 2-D and 3-D measuring tasks in the field of metrology bringing both newer technology and retrofit ability to users.

This powerful IK 5000 inspection package builds upon HEIDENHAIN’s quality and the original Metronics QUADRA-CHECK QC5000 software by introducing the ability to run on Windows 7 64-bit operating systems, and has added support for a new Analog Frame Grabber DALSA PC2 express card as a successor to the original DALSA Bandit 2 frame grabber. The new DALSA PC2 will provide analog Video Edge Detection tools and images on Windows XP as well as Window 7 PCs. For users of digital cameras, HEIDENHAIN has employed an output of a camera hardware trigger to synchronize axis position with the image. Access to the Video Properties menu is no longer hidden and is now available to the user interface. This offers the ability to direct the required parameters to the DirectShow Windows interface. 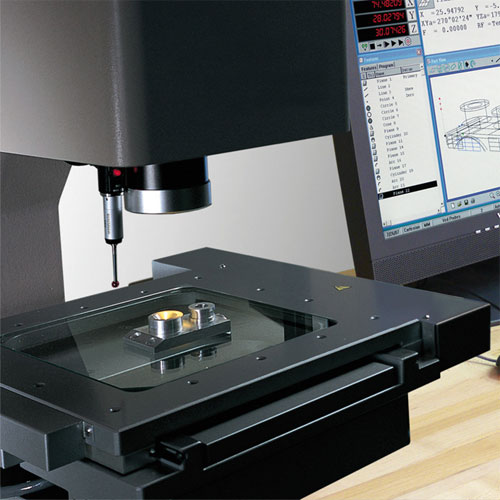 CMM users can use the 3-D Profiling capabilities that offer measurement and graphic evaluation of 3-D contours using multi-sensor and tactile measuring machines. This option, used for profile measurements, is capable of importing a 3-D CAD file (either STEP or IGES) and compares it with an actual measured part. Improvements were also introduced in the 3-D profile feature for probing points perpendicular to the surface on DCC CMMs. Support for setting up two- four- and six-bay probe racks is also now available.

HEIDENHAIN added about 30 new functions and 40 improvements to IK 5000 version 3.0.0. Some of these additions include support of ISO 286-2 tolerances, importing measured points into a 2-D profile within a part program, measurement of rectangular-shaped features, and the Portuguese language option.