Striving to fulfill a campaign promise, the Trump administration moved Thursday to facilitate the interstate sale of health insurance policies that cost less but may not cover as much.

The proposed regulation from the Labor Department would provide more health insurance options for self-employed people and small businesses, but its success depends on buy-in from insurers, state regulators, plan sponsors, and consumers themselves. Some groups already have concerns.

Don’t look for revolutionary changes, says analyst Elizabeth Carpenter of the health industry consultancy Avalere Health. “The impact on the markets and on consumers really may depend on whether it is easy enough for the groups potentially affected to take advantage of the rule,” she says.

No sweeping consequences are seen for the more than 170 million Americans with employer-sponsored coverage, or the nearly 30 million still uninsured.

The complex proposal aims to deliver on President Donald Trump’s long-standing pledge to increase competition and lower costs by promoting the sale of health plans across state lines. Unable to repeal the Obama-era Affordable Care Act, the administration is pursuing regulations to change the marketplace.

The new rule would make it easier for groups, or associations, to sponsor health plans that don’t have to meet all consumer protection and benefit requirements of the Obama law. Those requirements improve coverage, but also raise premiums.

Insurance industry groups are skeptical of Trump’s idea, saying it could undermine the current state markets. Patient groups are concerned about losing protections. Some state regulators object to federal interference.

In a recent interview, Trump predicted big changes would result from the combination of this expected proposal, known as “association health plans,” and the GOP’s recent repeal of the ACA’s requirement that most people get health insurance or risk fines. 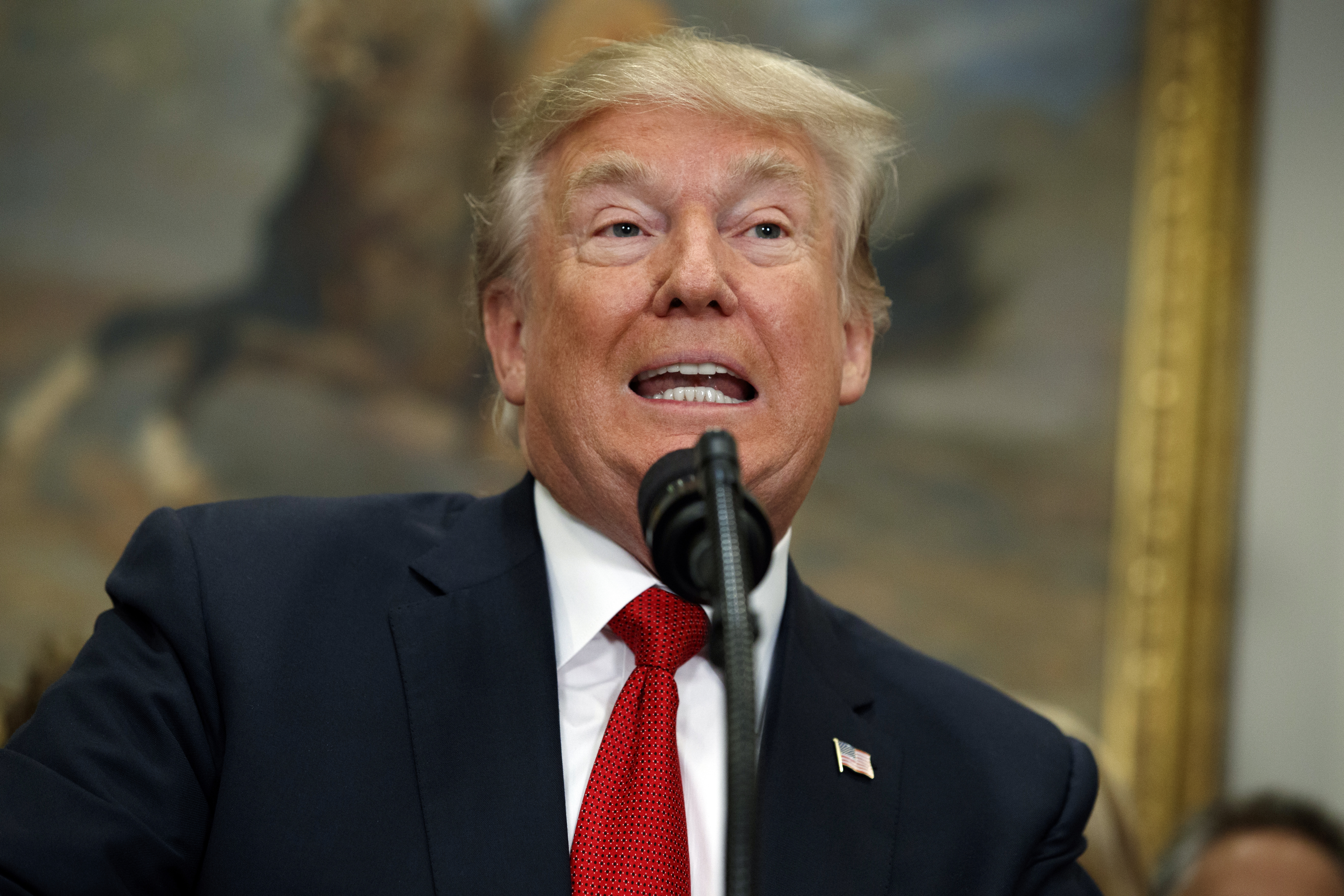 In this Oct. 12, 2017 file photo, President Donald Trump speaks before signing an executive order on health care in the Roosevelt Room of the White House in Washington. Striving to fulfill a campaign promise, the Trump administration Thursday proposed regulations to facilitate interstate sale of health insurance policies that cost less but may not cover as much. (AP Photo/Evan Vucci)

“So now I have associations,” Trump told The New York Times last week. “I have private insurance companies coming and will sell private health care plans to people through associations. That’s gonna be millions and millions of people. People have no idea how big that is. And by the way, and for that, we’ve ended ‘across state lines.’ So we have competition.”

Trump appeared to be referring to current obstacles that deter an insurer in one state from marketing to customers in another state. Some of those barriers have to do with state regulations that differ in the kinds of benefits that insurers must cover. For example, one state may require robust coverage for children with autism, while another may not.

Under the administration’s proposal, health plans sponsored by associations would gain enhanced status under a federal law that generally exempts large employer plans from state regulation. Experts are poring over the proposal to determine precisely to what degree such exemptions would apply to the new plans.

The Labor Department said the proposal could benefit up to 11 million people who are self-employed or work for small businesses, and lack employer coverage. Association plans, called “Small Business Health Plans” in the proposal, would be open to small employers and sole proprietors and their families.

The plans could be organized along the lines of an industry, enabling them to market anywhere in the country. Or they could be set up to serve communities, including major metro areas that span several states, such as the tri-state New York-New Jersey-Connecticut area.

The department said such plans would not be able to charge individuals higher premiums because of health issues or turn down applicants with medical problems.

However, the regulations allow higher premiums based on age, gender and other factors, says legal analyst Timothy Jost. Interested parties have 60 days to comment.

The main insurance industry groups, along with organizations representing patients and consumers, worry that the administration’s approach could siphon healthy people away from the health law’s insurance markets, creating a spiral of rising premiums for people who need comprehensive benefits.

“We are concerned that this could create or expand alternative, parallel markets for health coverage, which would lead to higher premiums for consumers, particularly those with pre-existing conditions,” according to a letter last month to state regulators, signed by America’s Health Insurance Plans and the Blue Cross Blue Shield Association.

Even before Thursday’s development, Pennsylvania’s acting insurance commissioner, Jessica Altman, had her own concerns. “Generally speaking, these types of plans are exempt from state law and outside my jurisdiction,” the Democratic appointee said in an interview. “That means any issues that consumers have, I won’t be able to help them. More and more people would fall under the jurisdiction of the federal government, and I think state regulators would say we really do it better.”

The administration plan won accolades from Sen. Rand Paul, R-Ky., long an advocate of association health plans. But groups on the political left denounced it as another attempt to sabotage former President Barack Obama’s health law.