For decades, devices like brain implants or chips have captivated the imaginations of science fiction writers and their readers. This kind of technology has been perceived as both a means of enhancing the human body and putting humans in touch with extraordinary or enhanced bodily senses, along with being a potential tool for mind control capable of enslaving all of humanity. The concept of brain implants is a lot closer to becoming a reality than many of us realize, especially with innovators like Elon Musk, who are starting companies like Neuralink that are dedicated to researching and developing such devices.

In reality, the potential uses behind devices like neurological implants or chips are largely aimed at providing aid to the human body for people with physical disabilities. Researchers and developers hope to broaden the uses for these kinds of implants by not just aiding, but enhancing the human body, and eventually developing a human-computer interface based in the brain. The details behind this extraordinary widely-shared vision are quite broad, which the infographic below has sufficiently displayed in an organized manner. 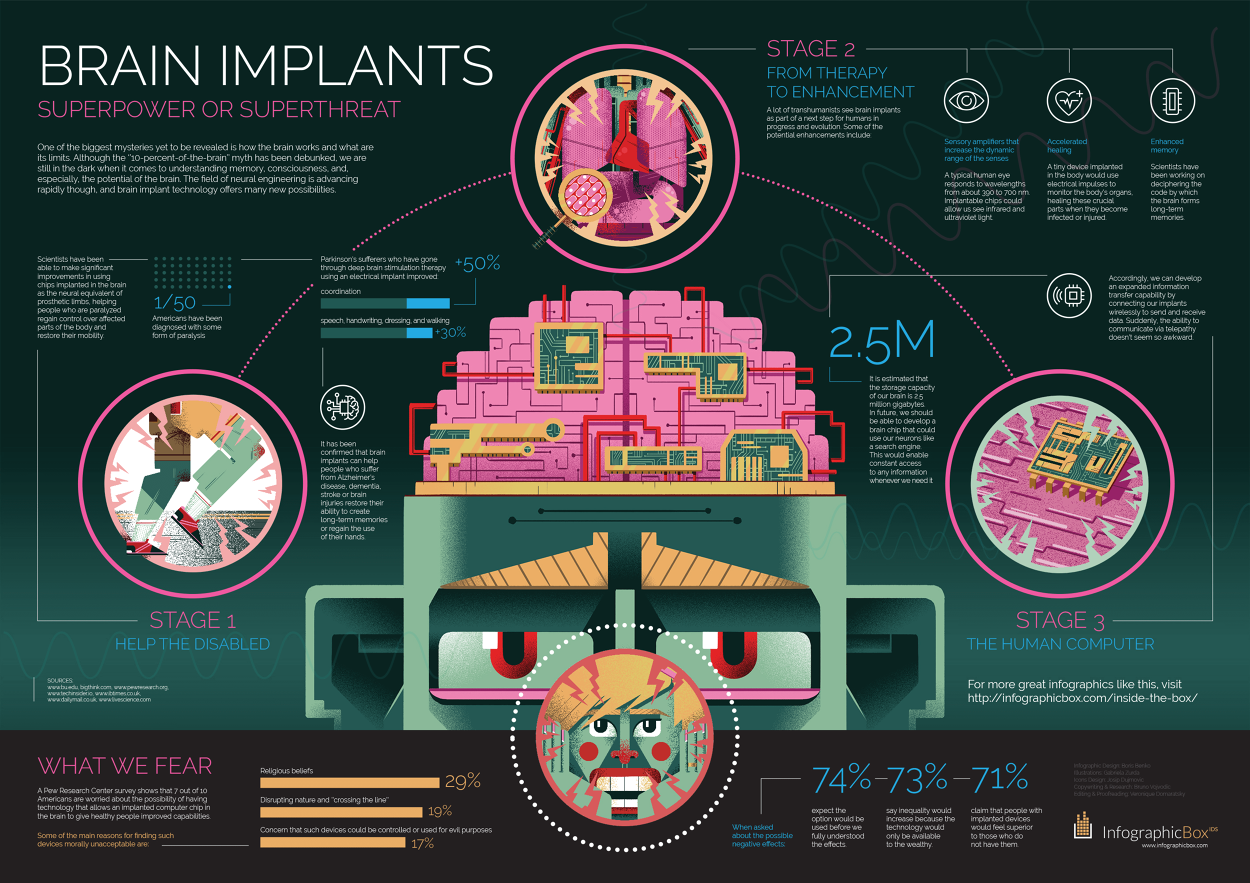