Aircraft light up the runway during takeoff and landing via their landing lights. The European Space Agency (ESA) is transitioning this idea to satellites with infrared and phosphorescent markers for satellites.

“The idea itself is not new, but this is the first time we’ve manufactured and tested sample patches, cut into spacecraft multi-layer insulation covering,” says Sébastien Perrault, ESA Clean Space trainee. “For the design we’ve looked into one larger pattern incorporating smaller versions for when the space servicing vehicle comes close enough that its camera’s field of view is filled.”

“These markers would be very useful during eclipse states for instance, when Earth obscures the Sun in low Earth orbit, to allow the chaser vehicle to stay fixed on its target, potentially in combination with radio tags,” Perrault adds.

The project is being developed by Hungarian company Admatis and falls under the ESA Clean Space program, which aims to create eco-friendly approaches to space ventures.

The PEMSUN markers began tests at the ESA’s ESTEC technical center in the Netherlands at the end of March (Figure 1). 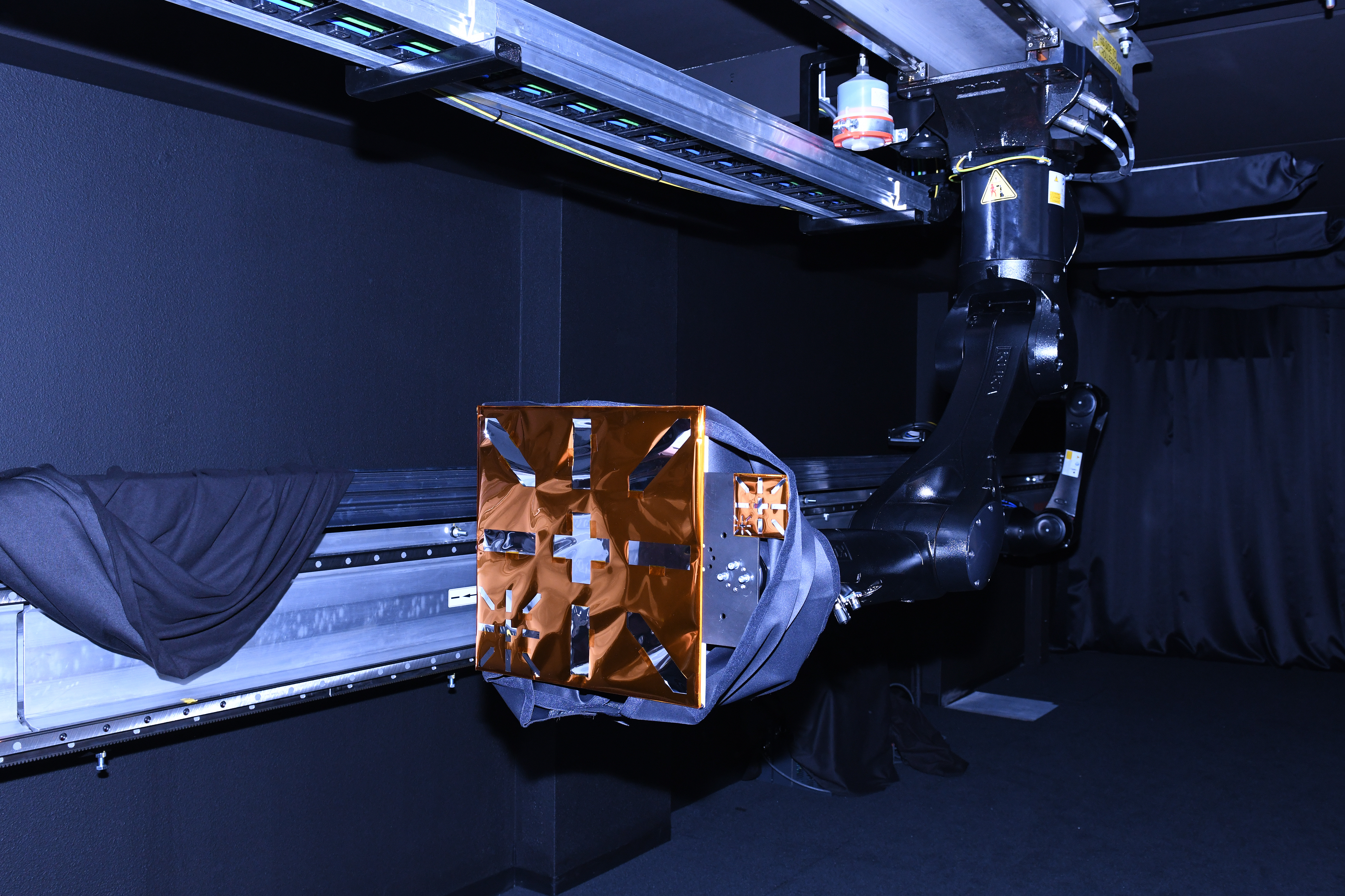