Backed by powerful software, the nūrio EEG device gives one an in-depth look at the activity of the mind anytime, anywhere. It uses AI algorithms that let users transform thoughts into commands to control things, such as IoT devices connected to the nūrio cloud. The proprietary architecture allows Brain-Computer Interfaces to control most devices with internet connection.

Nūrio is the world’s smallest wearable consumer EEG device. It simply slips over the ear like a headphone and provides consumers with app- and cloud-based command capabilities, comparable to Alexa Skills, but with just their brain waves – no voice commands required. 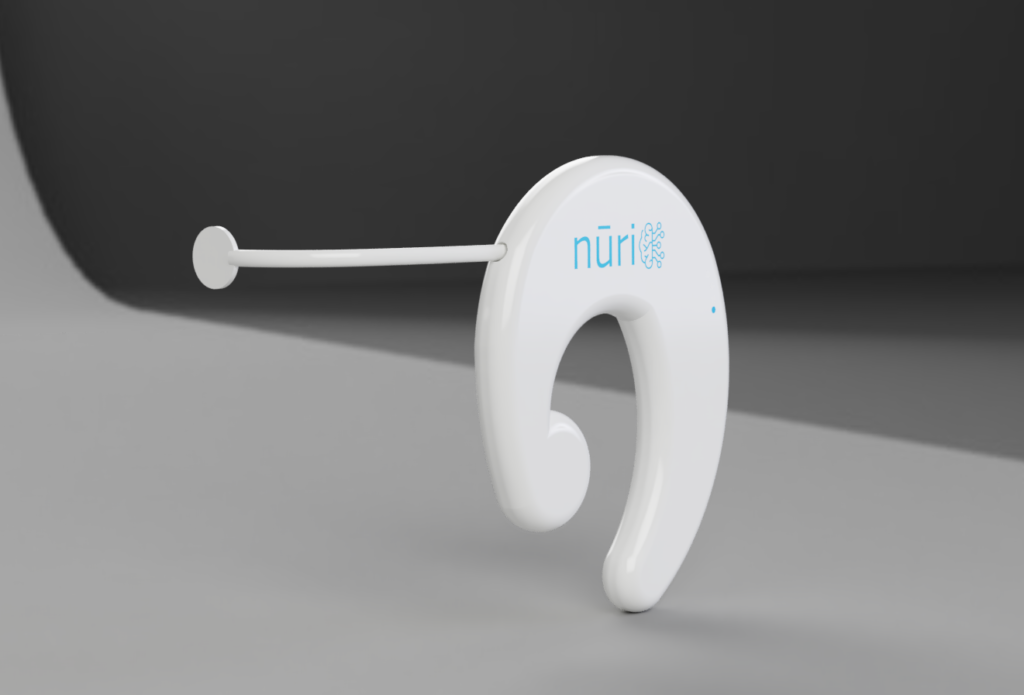 According to the developers, Nūrio streams data collected from users’ mental activity via Bluetooth to any smartphone, enabling consumers to visualize their brainpower and gain health insights on the nūrio mobile app.
Device data is instantly processed with the nūrio app, changing into streaming metrics about a user’s mental health/state such as attention, calmness and emotional levels. All metrics are derived from raw EEG data using in-house algorithms based on years of neuroscience research studies. The app can record the sessions of metrics that users can take to graph insights of attention during any focus-based task, calmness during meditation, or emotions during any type of performance or experience. Finally, nūrio uses machine learning to develop baselines of the users’ mental states to help alert them to changes over time.

“We aim to provide the world with access to their mental data to help better understand the previously mysterious mind,” said nūrio founder and CEO Ian Rowan. “We’re entering a new era of leveraging the mind to control the connected world, no matter of a person’s physical abilities.”

The other main component of the nūrio device is the ability to control internet-connected devices with the mind. Users can add compatible IoT devices to their profile, record approximately one minute of thoughts based on that object, and leave it to the powerful AI algorithms to process their future waves into actionable commands. After set-up, the user can simply blink twice to trigger the device to begin recording a thought, then sent to nūrio servers which process the raw wave into the user’s device, and finally, the device is triggered or the user is prompted to confirm a command with a blink based on configuration. All of this typically happens in under two seconds.

As the wearables industry continues to proliferate, nūrio believes opportunity lies in looking at data from new angles to reveal insights into what’s going on in various parts of our bodies and using that information to optimize our health in new ways.

The nūrio idea was innovative enough to be the latest Protolabs Cool Idea Award winner for innovation in consumer technology.

The award will help the developers of nūrio keep costs down so that this technology can be accessible to the general population. With the award, nūrio has been able to significantly expedite production, putting the device on-track to come to market in mid-2020 for under $229 USD.

Protolabs also helped manufacture the full plastic casing of the nūrio device with injection molding. In the future, nūrio will also work with Protolabs to produce its own essential electrodes via CNC machining once the design is complete.

“Nūrio’s technology has the potential to completely redefine the quantified self and even tap into human capabilities that previously seemed impossible,” said Vicki Holt, President, and CEO of Protolabs. “We’re proud to support such innovators who are giving people the ability to leverage their brain power in new and helpful ways.” 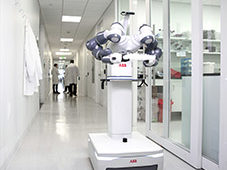