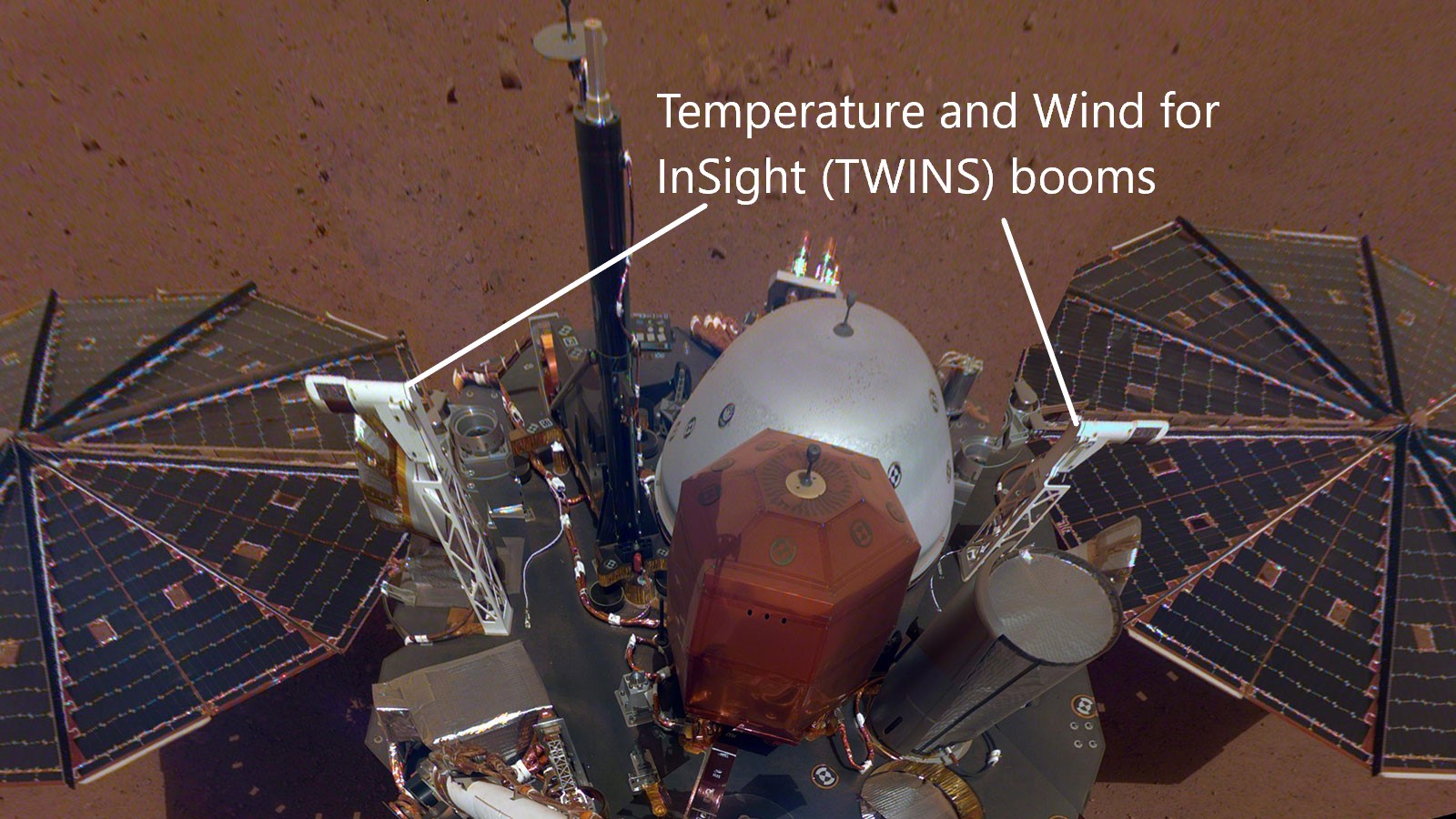 Figure 1: The white east- and west-facing booms — called Temperature and Wind for InSight, or TWINS — on the deck of NASA’s InSight lander belong to its suite of weather sensors. (Image Source: NASA/JPL-Caltech)

No matter how cold your winter has been, it’s probably not as chilly as Mars. Check for yourself: Starting today, the public can get a daily weather report from NASA’s InSight lander.

This public tool includes stats on temperature, wind and air pressure recorded by InSight. Sunday’s weather was typical for the lander’s location during late northern winter: a high of 2 degrees Fahrenheit (-17 degrees Celsius) and low of -138 degrees Fahrenheit (-95 degrees Celsius), with a top wind speed of 37.8 mph (16.9 m/s) in a southwest direction. The tool was developed by NASA’s Jet Propulsion Laboratory in Pasadena, California, with partners at Cornell University and Spain’s Centro de Astrobiología. JPL leads the InSight mission.

Through a package of sensors called the Auxiliary Payload Subsystem (APSS), InSight will provide more around-the-clock weather information than any previous mission to the Martian surface. The lander records this data during each second of every sol (a Martian day) and sends it to Earth on a daily basis. The spacecraft is designed to continue that operation for at least the next two Earth years, allowing it to study seasonal changes as well.

The tool will be geeky fun for meteorologists while offering everyone who uses it a chance to be transported to another planet.

“It gives you the sense of visiting an alien place,” said Don Banfield of Cornell University, in Ithaca, New York, who leads InSight’s weather science. “Mars has familiar atmospheric phenomena that are still quite different than those on Earth.” 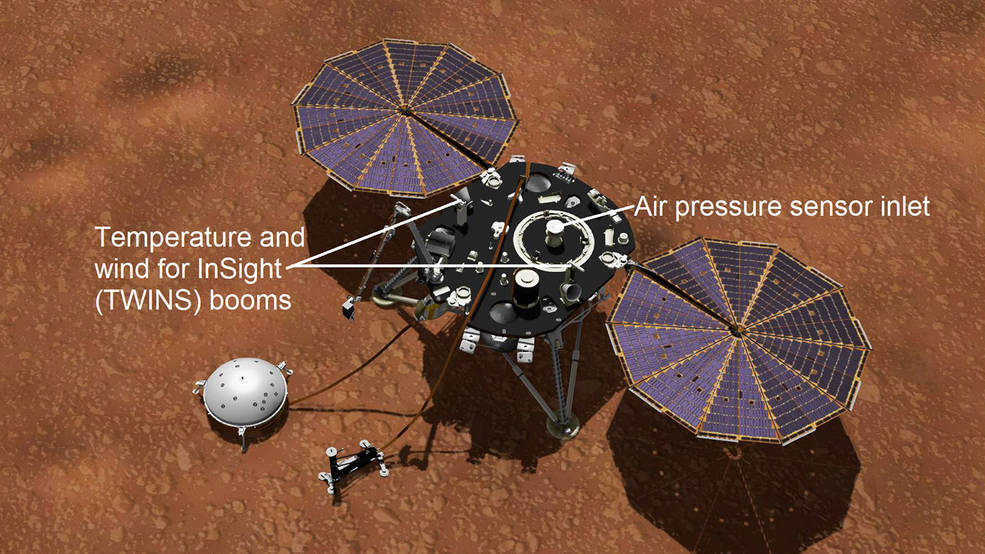 Figure 2: This artist’s concept shows NASA’s InSight lander with its instruments deployed on the Martian surface. Several of the sensors used for studying Martian weather are visible on its deck, including the inlet for an air pressure sensor and the east- and west-facing weather sensor booms. (Image Source: NASA/JPL-Caltech)

Constantly collecting weather data allows scientists to detect sources of “noise” that could influence readings from the lander’s seismometer and heat flow probe, its main instruments. Both are affected by Mars’ extreme temperature swings. The seismometer, called the Seismic Experiment for Interior Structure (SEIS), is sensitive to air pressure changes and wind, which create movements that could mask actual marsquakes.

“APSS will help us filter out environmental noise in the seismic data and know when we’re seeing a marsquake and when we aren’t,” Banfield said. “By operating continuously, we’ll also see a more detailed view of the weather than most surface missions, which usually collect data only intermittently throughout a sol.”

APSS includes an air pressure sensor inside the lander and two air temperature and wind sensors on the lander’s deck. Under the edge of the deck is a magnetometer, provided by UCLA, which will measure changes in the local magnetic field that could also influence SEIS. It is the first magnetometer ever placed on the surface of another planet.

InSight will provide a unique data set that will complement the weather measurements of other active missions, including NASA’s Curiosity rover and orbiters circling the planet. InSight’s air temperature and wind sensors are actually refurbished spares originally built for Curiosity’s Rover Environmental Monitoring Station (REMS). These two east- and west-facing booms sit on the lander’s deck and are called Temperature and Wind for InSight (TWINS), provided by Spain’s Centro de Astrobiología.

TWINS will be used to tell the team when strong winds could interfere with small seismic signals. But it could also be used, along with InSight’s cameras, to study how much dust and sand blow around. Scientists don’t know how much wind it takes to lift dust in Mars’ thin atmosphere, which affects dune formation and dust storms — including planet-encircling dust storms like the one that occurred last year, effectively ending the Opportunity rover’s mission.

APSS will also help the mission team learn about dust devils that have left streaks on the planet’s surface. Dust devils are essentially low-pressure whirlwinds, so InSight’s air pressure sensor can detect when one is near. It’s highly sensitive — 10 times more so than equipment on the Viking and Pathfinder landers — enabling the team to study dust devils from hundreds of feet (dozens of meters) away.

“Our data has already shown there are a lot of dust devils at our location,” Banfield said. “Having such a sensitive pressure sensor lets us see more of them passing by.”