Get ready for the latest news from NASA’s InSight lander. After the powerful HiRISE camera aboard NASA’s Mars Reconnaissance Orbiter (MRO) spotted the lander from space, NASA reports InSight has placed its first instrument down on Mars.

As seen in new images from InSight (Figure 1), the seismometer has made it onto the Martian terrain.

“InSight’s timetable of activities on Mars has gone better than we hoped,” says InSight Project Manager Tom Hoffman, who is based at NASA’s Jet Propulsion Laboratory (JPL) in Pasadena, Calif. “Getting the seismometer safely on the ground is an awesome Christmas present.” 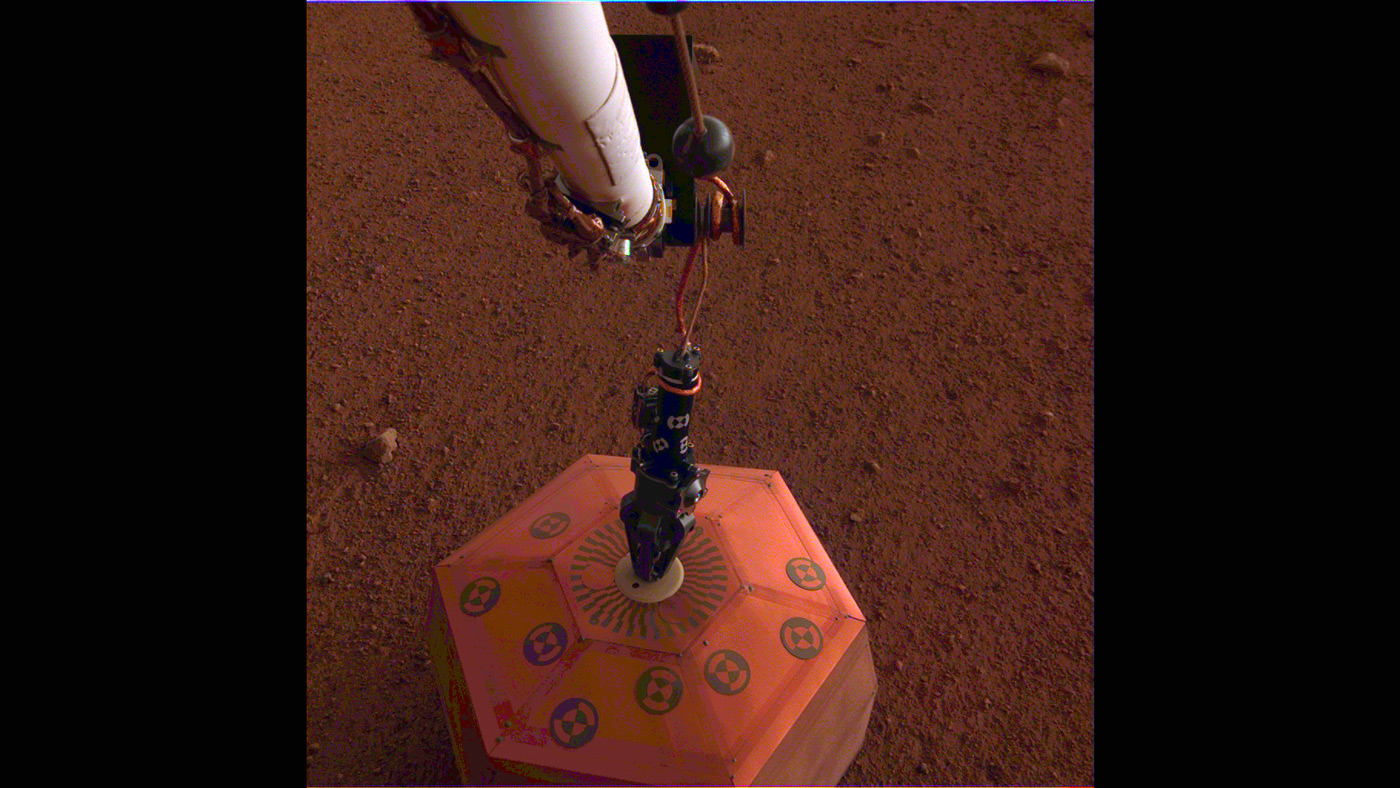 Since its November 26 landing, the team has been trying to deploy InSight’s science tools, according to NASA, which consist of:

SEIS and HP3 both need to be placed on the surface of Mars by InSight’s robotic arm. As a result, engineers had to first verify the robotic arm was functioning properly, and analyze images for the best deployment locations.

After those components were in place, the team sent the deployment commands to InSight Tuesday, December 18. The next day, the seismometer was placed onto the surface of Mars as far as the robotic arm could stretch, about 5.367 ft (1.636 m) from the spacecraft.

“Seismometer deployment is as important as landing InSight on Mars,” says InSight Principal Investigator Bruce Banerdt, who is also based at JPL. “The seismometer is the highest-priority instrument on InSight: We need it in order to complete about three-quarters of our science objectives.”

Next, the team will begin leveling the seismometer, which currently sits at a 2 to 3 degree tilt. Once it’s in the correct position, it’ll start sending science data back to Earth.

“Having the seismometer on the ground is like holding a phone up to your ear,” says Philippe Lognonné, SEIS principal investigator from Institut de Physique du Globe de Paris (IPGP) and Paris Diderot University. “We’re thrilled that we’re now in the best position to listen to all the seismic waves from below Mars’ surface and from its deep interior.”

In the coming weeks, the SEIS team will also reduce noise by making adjustments to the seismometer’s wire-lined tether. Next month, more commands will be sent to the robotic arm, this time placing the “Wind and Thermal Shield over the seismometer to stabilize the environment around the sensors,” according to NASA.

January is also the planned month for the deployment of HP3, predicted to reside at the east side of the lander. Since RISE doesn’t have its own separate instrument and resides on the lander itself, it has already started to collect preliminary Mars core data via the lander’s radio connection with Earth.

InSight is designed to study Mars’ deep interior, including its crust, mantle, and core. By studying Mars’ structure and comparing it to Earth, scientists may expand their understanding of habitable planets.