Since InSight’s November 26 touchdown on Mars, it’s been quite busy trying to deploy all three of its science tools. When InSight’s robotic arm set the seismometer (SEIS) onto Mars’ surface December 16, the lander officially placed its first instrument on the Martian terrain.

Now SEIS has reached another milestone—it dons a domed shield that’ll “help the instrument collect accurate data,” according to NASA.

SEIS is tasked with measuring the “pulse” of Mars, or rather the planet’s seismic vibrations, monitoring any internal activity. Wind, temperature, pressure, and magnetic field sensors will aid SEIS’ mission.

According to NASA, “SEIS measurements tell scientists about the nature of the material that first formed the rocky planets of the solar system. As it reveals what lies beneath, the seismometer may even be able to tell us if there’s liquid water, or plumes of active volcanoes underneath the Martian surface.” 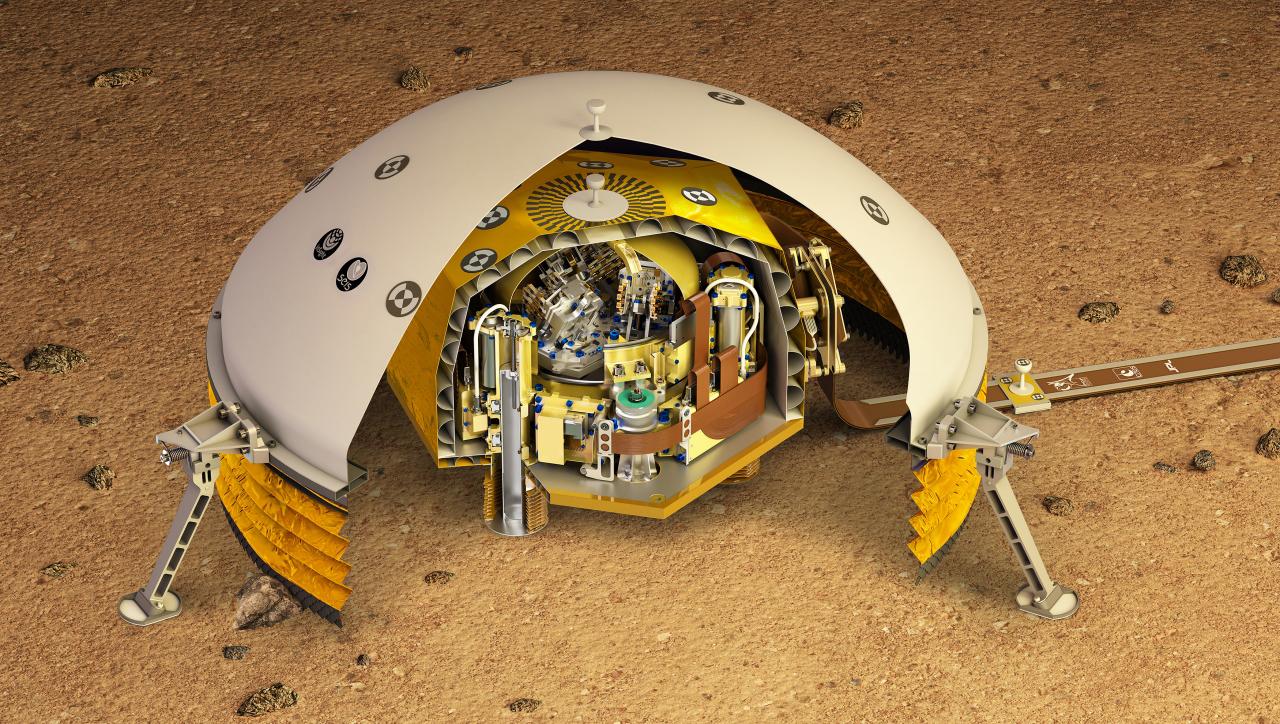 NASA warns that temperature may be SEIS’ main adversary throughout its mission. As the temperature changes, metal parts inside the seismometer will expand and contract. And where the lander currently resides, temperatures can fluctuate 170°F in just one Martian day (sol). This is where SEIS’ dome, also known as the Wind and Thermal Shield, acts as the first line of defense.

“Temperature is one of our biggest bugaboos,” says InSight Principal Investigator Bruce Banerdt of NASA’s Jet Propulsion Laboratory (JPL) in Pasadena, Calif., which built the Wind and Thermal Shield and leads the InSight mission. “Think of the shield as putting a cozy over your food on a table. It keeps SEIS from warming up too much during the day or cooling off too much at night. In general, we want to keep the temperature as steady as possible.” 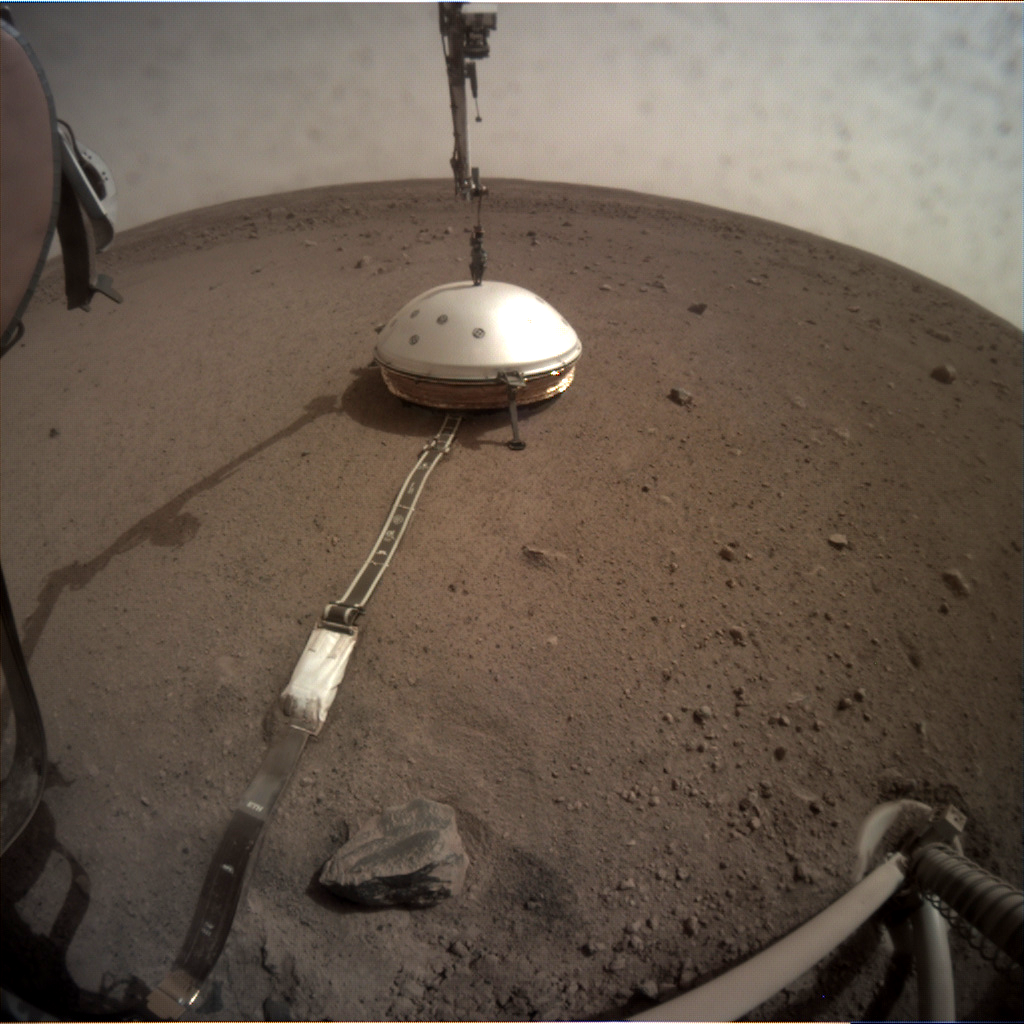 The second line of defense against Mars’ fluctuating temperatures, according to NASA, resides in SEIS itself. The instrument was designed particularly with these changes in mind, featuring certain components that can expand and contract, with others moving in the opposite direction to negate the effects.

To further protect its internal workings, SEIS is vacuum-sealed in a titanium sphere.

“But even that isn’t quite enough. The sphere is enclosed within yet another insulating container—a copper-colored hexagonal box visible during SEIS’s deployment. The walls of this box are honeycombed with cells that trap air and keep it from moving. Mars provides an excellent gas for this insulation: Its thin atmosphere is primarily composed of carbon dioxide, which at low pressure is especially slow to conduct heat,” according to NASA.

The dome also safeguards the instrument from wind and thermal “noise” for accurate data collection. With strong winds, flipping over is a concern. The dome’s shape actually keeps SEIS plastered to the ground, since it directs the wind to press SEIS to the plant’s surface.

In addition to its outer shield, SEIS also has two features that protects its bottom—a chain mail skirt and thermal blankets.

Now that the seismometer is safe in its dome, the team plans to deploy another of InSight’s instruments onto the surface of Mars next week, the Heat Flow and Physical Properties Package (HP3). HP3 will dive 16 ft into the surface and measure the heat emanating from Mars’ interior.